Benjamin Qi is also known as Benq and bqi343.

He was born in 2001 and currently, is pursuing his Bachelor's degree at Massachusetts Institute of Technology (MIT). He lives in Princeton, United States. As of July 2021, he is a Software Engineer, Intern at Amazon.

Following are the Education credentials of Benjamin Qi:

He has been a Lab Assistant at Massachusetts Institute of Technology for the class of Fundamentals of Programming (Fall 2020). He guided students in Programming in Python through video chat during lab hours.

He has been a Problem setter for USA Computing Olympiad 2019, one of the most prestigious Competitive Programming Contests for High School students in USA.

This makes him among the FOUR programmers in the World who have won IOI multiple times. The last victory was in 2011 by Gennady Korotkevich (3rd time).

Hence, he is widely, considered as one of the top 4 performers at IOI.

His rating at CodeForces is notable because: 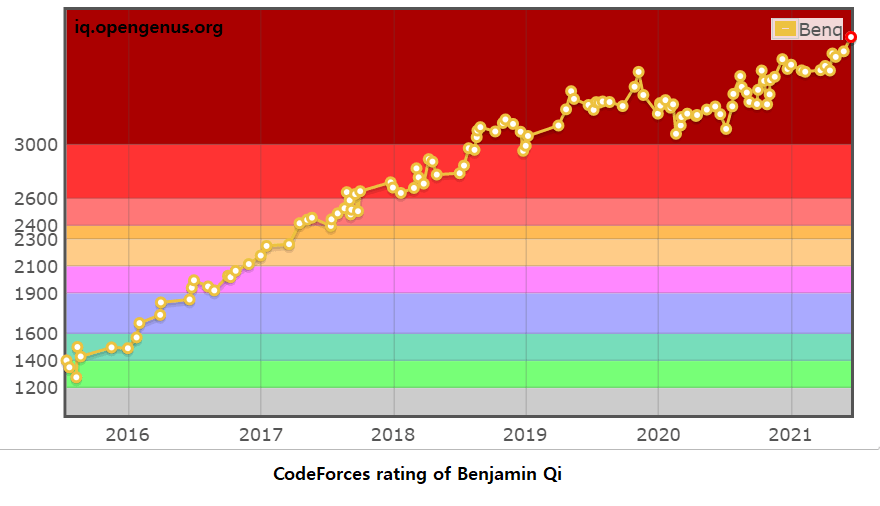