Just like Big 4, FAANG (Facebook Amazon Apple Netflix Google) is a group of 5 companies in the technology sector which is know for paying developers good and provide good incentives (above the market). The 5 companies in FAANG are:

Some of the popular incentives are:

Who coined the word FAANG?

FAANG is a modification of the term FANG (Facebook Amazon Netflix Google). FANG is a term that was coined CNBC's Mad Money host Jim Cramer in 2013. FANG was modified to FAANG in 2017 to include Apple.

FANG and FAANG are two separate terms and the differences must be clear based on the history of origin of both the terms.

Specifically, the differences are:

Why is Microsoft not in FAANG?

Microsoft is not a part of FAANG. Microsoft's stock and market value is equally strong as the other companies (if not greater). It has been not included in FAANG because:

To understand the size of Microsoft consider these comparisons:

Microsoft is one of the pioneer of computing and have successfully ventured into areas such as Cloud Computing, Desktop Operating Systems, Personal Computers, Gaming and much more. This is something that other companies in FAANG have not achieved yet.

Despite the great achievements and market value of Microsoft, it is not included in FAANG because it does not provide popular incentives and pay developers less than its competitors. If it is included in FAANG in future, the term will be renamed to FAMANG.

Why is Netflix part of FAANG?

Everyone, at least once, thought why is Netflix a part of FAANG? Is it overrated or a clever marketing strategy?

Netflix pays its developers much higher compared to the average pay in other companies in FAANG like Facebook and Google. The strategy Netflix took in this path is that it hires only Senior developers (or ones with several years of experience). In this light, it's pay is same as in other FAANG companies.

As the market sees the average, Netflix's average pay becomes high and this is an YES to one of the categories of being included in FAANG.

The stock value of FAANG companies are as follows:

The main value is the rise of stock values of each company and how likely it is to stay competitive in coming years.

Following image captures the rise of stock value of each of the FAANG companies: 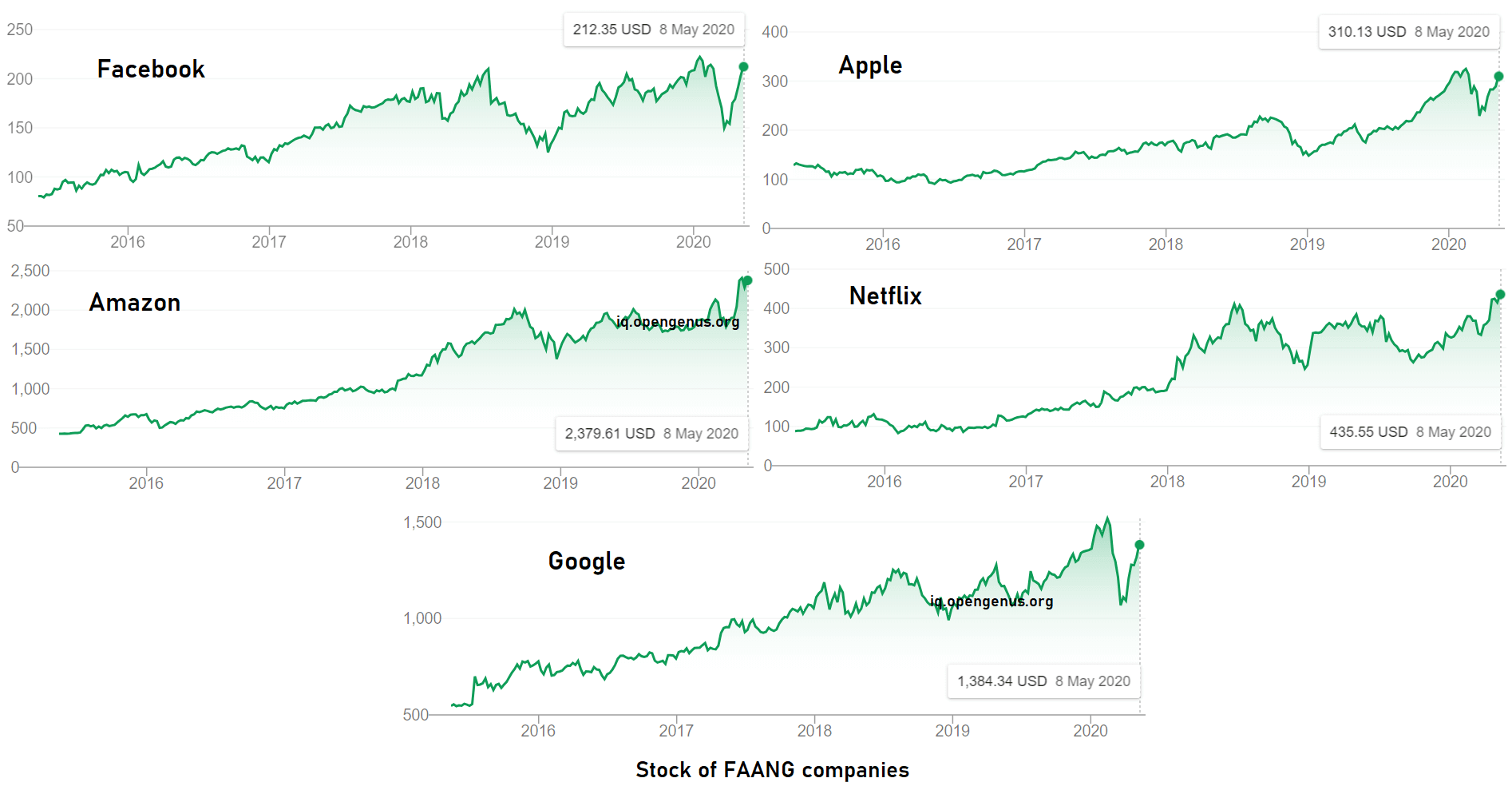 Working at one of FAANG companies is projected as a dream of every developer. It is true and it has become a hype. Most developers do not visualize what is it to work at a FAANG.

The focus goes to the high pay and incentives and in this, one misses the various other challenges like it is often, difficult to rise over ranks at one of the FAANG companies. One can get good pay and be in a better position in other companies as well.

One thing that we can say for certain is working at FAANG is a good experience and one should get it at least once in their professional career. Apart from self satisfaction, you will be viewed highly in social settings.