Let's try to figure it out using Voice Pitch Examples

Let's suppose we have a model in which we have to identify the voice of male and female. Only "Pitch of the voice" is given as a single paramenter.Intutively we have to find a threshold pitch such that if it below that threshold we would say male and above that we would say female. 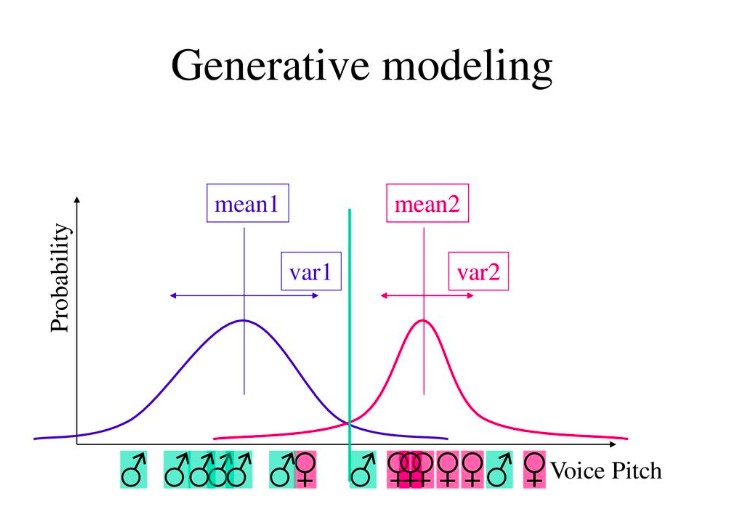 How to find the thresold Pitch ?

One way of doing is to use generative modelling,it will try to plot probabilistic distribution for male and female( Here distribution refers to normal distribution).It will find the threshold pitch where the two distribution intersect.

Let's try to figure it out using Voice Pitch Examples

Using the same Voice Pitch Model, But now we will be using Discrimiative approach to identify the male and female voice. 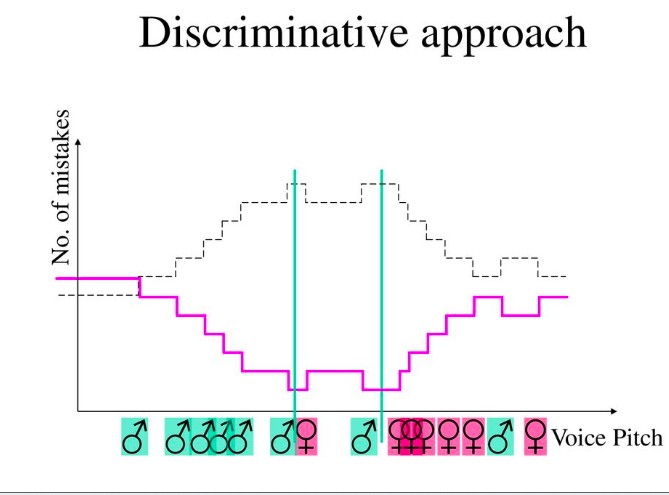 It's approach is very different from the generative approach.It basically says, I don't care about the what the distribution is. I just cares about the error in my threshold.

It looks for all possible threshold as they were passing through and decides where it have smallest no of mistakes and It tries all possible plot.

Clearly the upper portion in case of no of mistakes is much worse.So we can choose the threshold from lower portion which is best. In above case, two value of threshold are optimum.You can choose any one of them. 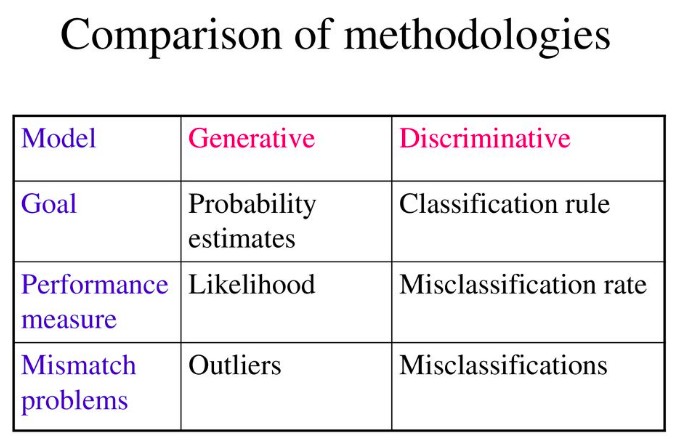