Django is a Python web framework that is used to build several real life high performance systems. In this article, we have covered the basics of how to set up a simple web application in Django.

Let us get started with Django.

The coolest part about django is, it's got lot of features. Actually people made too many feature requests from django. It was not uncommon to make a request for a pony.

Model–View–Controller (MVC) is an architectural pattern commonly used for developing user interfaces that divides an application into three interconnected parts.

Are there any popular sites using it ?

These are some names to name a few.

Getting started with Django

Now, let's dive into the real part: Configuring your system for Django development.

Make sure you have your Python distribution installed in your system.

In here, type "python -V" to check if you have python installed in your machine. This should print the version of Python you are using. Like this:

Next up, install virtualenv. Copy the below code:

Then create a virtual environment for your project (venv is the name of environment, could be any !):

Finally, we need to install django. Execute the following command:

Your window will look similar to this:

Now we have django installed, it’s time to start up our first project! In command line, type in :

Pulling up the server ( and the wait is over! ):

This is how it looks: 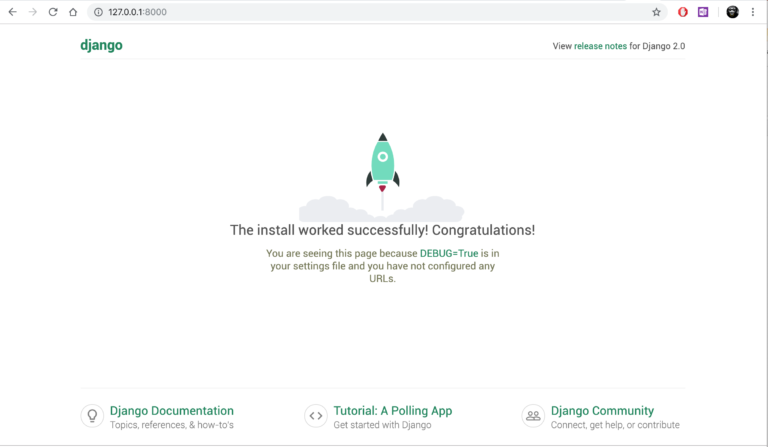