Guosheng Lin is a Computer Scientist who is best known as the Inventor of RefineNet model. He is an Assistant Professor of Computer Science at Nanyang Technological University (NTU), Singapore. 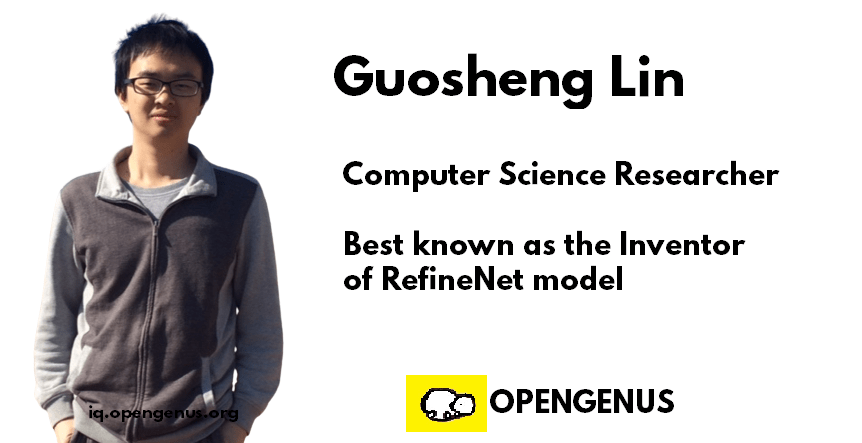 As a researcher, Guosheng Lin has over 9100 citations across all his works with an h-index of 33 which is on the higher end for professors. Guosheng is originally from China and resides in Singapore currently.

He has received several research grants such as:

As of 2022, the paper has over 2350+ citations making it one of the influential papers in the field of Deep Learning. It is also, the most impact work by Guosheng Lin till date.

Other top researchers Guosheng Lin has worked with are:

With this article at OpenGenus, you must have got to known an exceptional Computer Scientist Guosheng Lin.