The longest palindrome subsequence problem (LPS) is the problem to find longest subsequences of a string that is also a palindrome. Unlike substrings, subsequences are not required to occupy consecutive positions within the original sequences. We will see two solutions one which is a naive solution and the other is a dynamic programming approach where we will reduce the time complexity from O(2^N) to O(N^2).

The naive solution for this problem is to generate all subsequences of the given sequence and find the longest palindromic subsequence. This solution is exponential in term of time complexity.

Here, we can use Recursive method to solve this problem.

The idea is to compare the last and first character of the string. There are two possibilities --

C++ implementation of above algorithm:-

The worst case time complexity of above solution is exponential O(2^n) and auxiliary space used by the program is O(1).

The worst case happens when there is no repeated character present in X and each recursive call will end up in two recursive calls.

The LPS problem has an optimal substructure and also exhibits overlapping subproblems.

Let us consider a recursive tree for a sequence of length 6 having all distinct characters whose LPS length is 1. 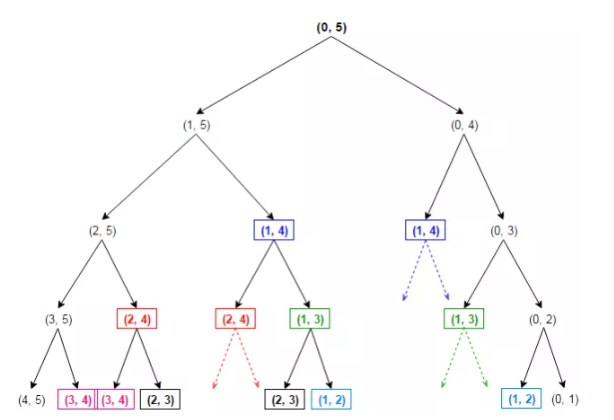 Here, same sub-problems(highlighted in same color) are getting computed again and again. As we can see LPS has optimal substructure and overlapping subproblems, it can be solved by Dynamic programming, where values can be Memoised or Tabulated rather than computing it again and again.

We demonstrate the easiest technique of Neural Style or Art Transfer using Convolutional Neural Networks (CNN). We use VGG19 as our base model and compute the content and style loss, extract features, compute the gram matrix, compute the two weights and generate the image with the other style

Comb sort is a comparison based sorting algorithm and is an improvement to Bubble Sort by using the idea of killing the turtles. In Bubble Sort algorithm, the gap between the elements that are compared is always 1. Comb sort works on the same principles as Bubble Sort but uses a larger gap.