Philippe Flajolet was a Computer Scientist who is known for his work on Probabilistic Counting Algorithms. His active area of research was Time Complexity of Algorithms and Analytic combinatorics. He had coined the word "Approximate Counting".
He was originally from Paris, France.

The importance of his work on Probabilistic Counting is understood from the fact that the first algorithm to improve over the naive approach was introduced by Robert Morris in early 1980. Following this, Flajolet analyzed the problem fully, introduced key data structures in the domain that are in use even today and coined the word "approximate counting" for the field.
Philippe Flajolet is considered as the father of Approximate counting. 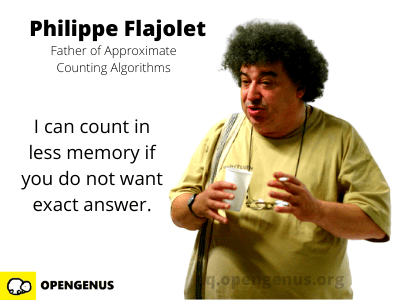 He was born on 1 December 1948.
Education of Philippe Flajolet:

He co-authored a book on Analysis of Algorithms along with Robert Sedgewick. With Robert, he worked on several problems like 100 prisoners problem.

He died on 22 March 2011 in Paris due to unknown reasons. This was an unexpected event and came as a shock to his fellow researchers as his health was good.

Philippe was always seeking to dive into new research. Whenever he read a paper and found it to be interesting, he would note the authors and find them at a Conference. When he meet them, we would discuss some ideas and extend an offer to work at INIA where he was a director.

This would be followed by an intense exchange of ideas and would result in a research paper.

People who have worked by him have said that he viewed a problem from the point of history of evolution of algorithms. To give you an idea:

These changes had a profound impact on Philippe. He was involved in making Computing a science. In 1970s, people were deciding if Computing should be given a status of a scientific domain.

Donald Knuth spent a significant amount of time researching on various aspects of Computing and demonstrated that it deserved its very own research direction. Flajolet contributed greatly to this by studying Knuth's work and developing his own research on the analysis of Algorithms.

Philippe Flajolet was one of the key figures along with Knuth to help make Computing a science. He was a great mathematician as well which is evident by his in-depth analysis. 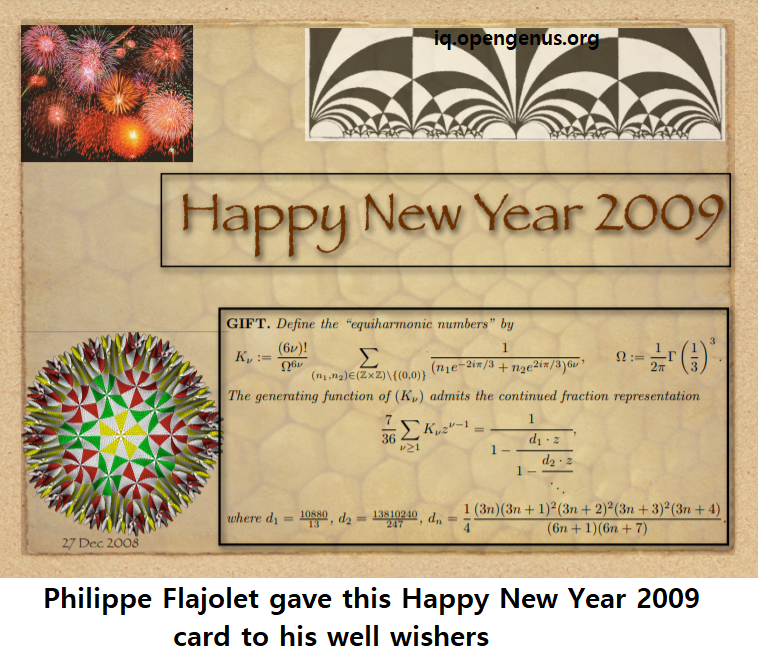 Philippe Flajolet Lecture Prize is awarded every 2 years to Researchers with outstanding contributions in the field of analytic combinatorics and analysis of algorithms.

This is in memory of Philippe Flajolet and his legacy. This is awarded by Analysis of Algorithms (AofA) community which was started by Flajolet.

Next winner will be declared in 2022.

Last Research Paper was in 2011 titled "On Buffon Machines and Numbers" by Philippe Flajolet, Maryse Pelletier, and Michele Soria. This was published in ACM-SIAM on Discrete Algorithms (SODA).

You can read about it here: http://algo.inria.fr/flajolet/Publications/FlPeSo11.pdf

The most impactful and interesting Research papers by Philippe Flajolet were as follows:

Following are the popular quotes by Philippe Flajolet said at Conferences:

View a lecture by Flajolet

With this, you have a good idea of the legend in Computer Science, Philippe Flajolet. Enjoy.