Nevertheless, enjoy these StackOverflow memes and have a good time 🍹 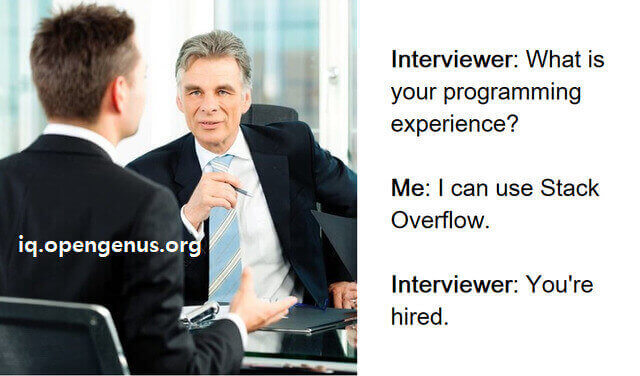 Interviewer: "What is your Programming experience?"

Me: "I can use StackOverflow."

Interviewer: "You are hired."

This is a meme but it makes a lot of sense. Having the skill to find the solution on the web and fix a broken code makes you a good practical developer.

StackOverflow is a dating site 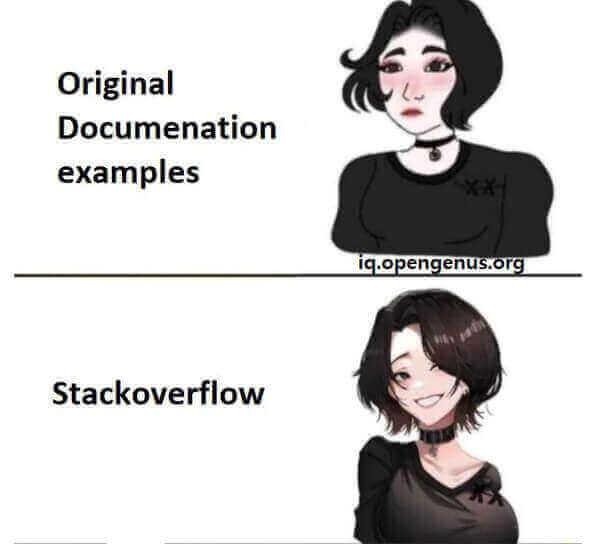 It is a fact that if Developers know how to read documentation then the demand of StackOverflow is 0.

Nevertheless, reading a documentation and finding the issue is a difficult and time consuming task. 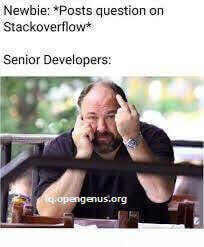 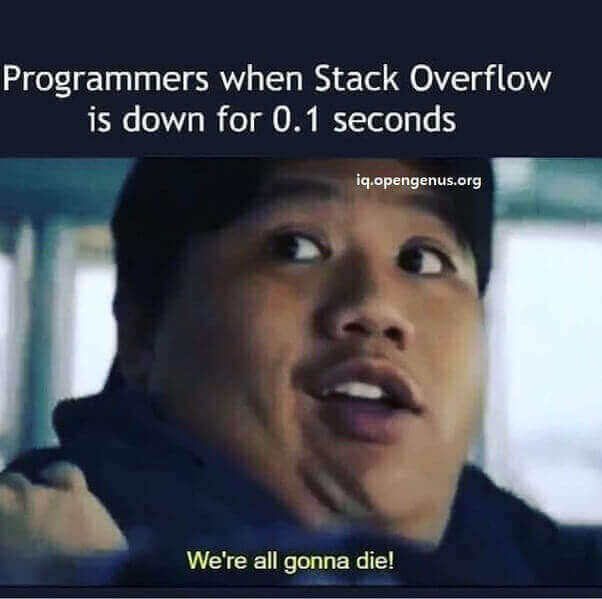 StackOverflow does not have 100% uptime. Occasionally, developers have found StackOverflow to be down and have left their work in no hope of completing it.

Just hope StackOverflow does not do down today. 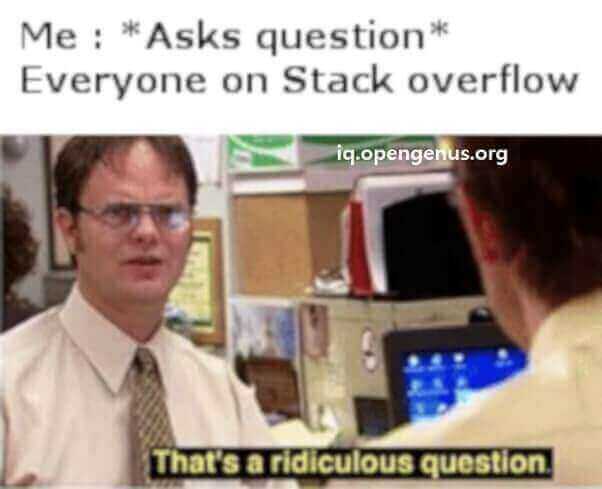 Sadly, if you keeping asking the same question after it being deleted, the moderators may ban you.

The end of Internet 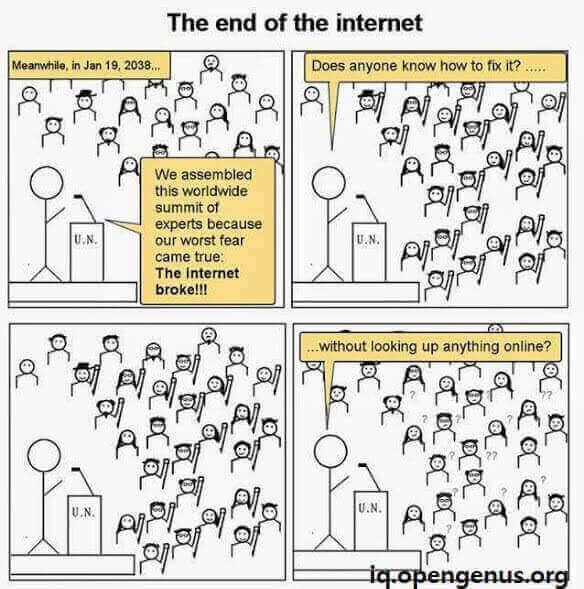 Everyone can fix a bug but can you do it without looking up the Internet?

Imagine a situation when the Internet broke worldwide. Can anyone fix this?

This is just a meme. There are technicians who work hard to keep the Internet working always and all technology advancements are documented in books. Any experienced person will be able to fix it in reality. 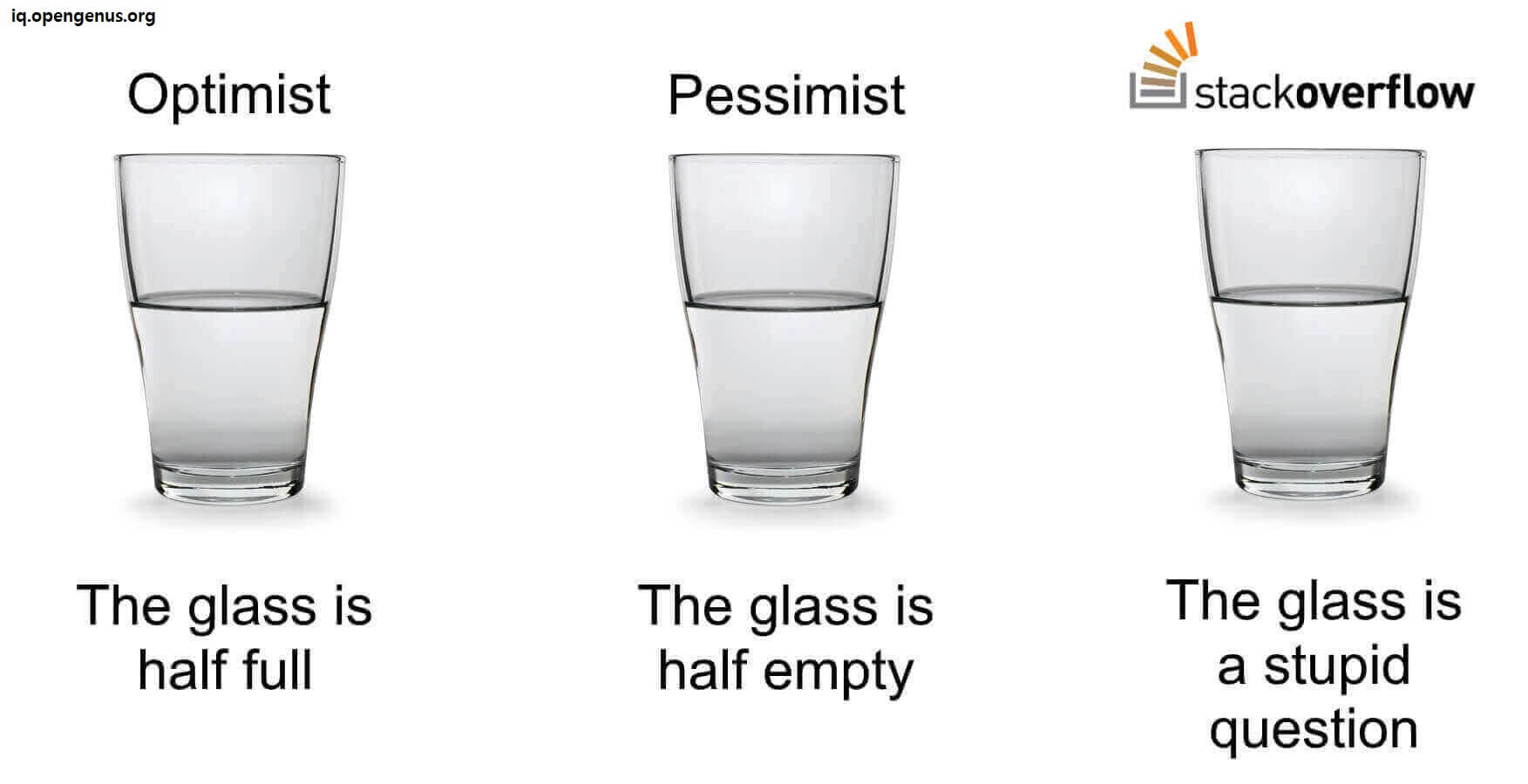 There are different ways to see a thing and it impacts how you deal with it mentally. 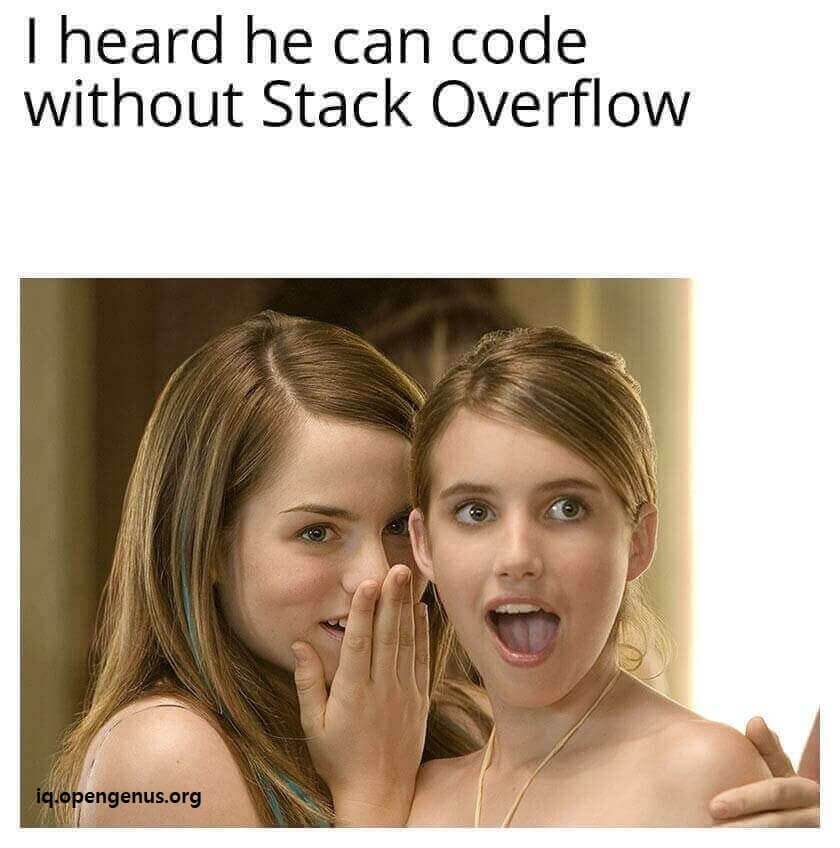 Some programmers go further even search for basic Programming syntax like for loop syntax in Python. This is normal and does not mean that you are not a good Programmer. It only means that you do not have enough practice with the Programming Language at hand. Ideas are more important than syntax. 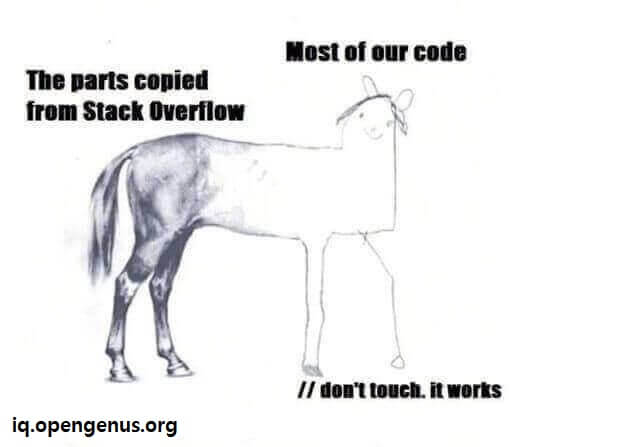 As a rule of thumb: Do not touch a working code.

It has been seen often that minor or trivial changes in a working codebase can break the entire system.

Many programmers create large codebases by taking code from different sources. When you work in a professional setting, remember that you need to note the sources you are taking the code from and add a reference as a comment.
Additionally, when you take a code, you need to check the license as well and the entire process to check if your code base can be used without any issues is a time consuming process. 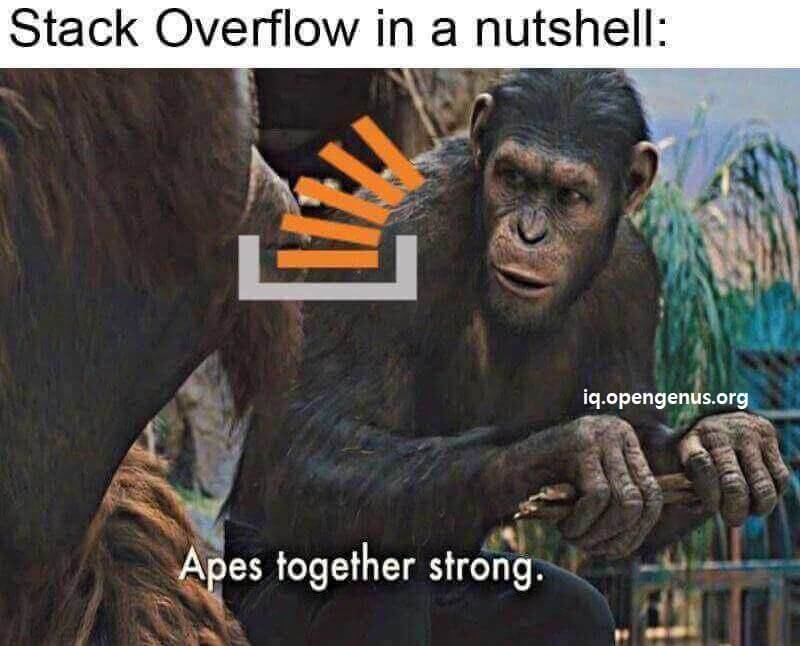 It is widely known that a group is always stronger than a single person.

If the bonding in the group is strong even if the group consist of beginner level programmers, the result will be better than an experienced programmer.

StackOverflow works on the same logic. People work on each others' bug and share solution as it works on their system.

With this article at OpenGenus, you must had a good time looking at these StackOverflow memes. Enjoy.