In this article, we have presented Multiple Choice Questions (MCQs) in Machine Learning with a focus on Interviews. Each questions has been provided the correct answer along with detailed explanation.

In this, we have covered basic Machine Learning topics such as:

Q1. Which one of the following does not use Labeled Data for Training?

Unsupervised Learning use only Unlabeled data for Training. In short, the idea is as follows:

Q2. Supervised Learning is classified as Regression and Classification. Which one of the following is an example of Classification?

In Logistic Regression, the answer is either 0 or 1. Hence, it is used for Classification. The other types are examples of Regression.

Supervised Learning is of two types:

Answer: b) Clustering and d) Association

Unsupervised Learning is of two types:

Q4. Which one of the following is an example of Semi-Supervised Learning?

Q5. Standard ML applications like Image Recognition is an example of?

Standard ML applications like Image Recognition require trained models like ResNet50 which are examples of Supervised Learning as the training data are labeled.

Q6. In Naive Bayes classifier equation, what is P(A|B)?

Answer: b) Posterior probability of hypothesis given evidence is true

Q7. Naive Bayes classifier is an example of?

If the training data is small and the number of features is high, then High Bias and Low Variance algorithms are used. Examples include Linear SVM and Naive Bayes classifier.

If training data is large, then Low Bias and High Variance algorithm is used such as K Nearest neighbors, Decision Tree, Randoma forest.

Q9. How many types of Regularization techniques are there?

There are two types of Regularization namely:

Q10. The difference in L1 and L2 Regularization is in?

The difference in L1 and L2 Regularization is in Penalty term.

Following is the equation of L1 Regularization:

Following is the equation of L2 Regularization:

Q11. To prevent Overfitting, data is split into how many parts?

To prevent Overfitting, one approach is to split the data into 3 parts namely:

Q12. If a model is trained using K nearest neighbor algorithm, underfiting will most likely happen for which value of K?

Larger the value of K, the more likely underfiting will take place.

Similarly, the smaller the value of K, the more likely overfiting will take place.

Hence, it is very important to use the correct value of K in K nearest neighbor algorithm and this is a challenge as well.

Q13. Among the two, which one is more likely to result in underfiting?

Q14. In case of overfiting, the training error is ______ compared to test error?

a) Less
b) Equal
c) Greater

Ideally, models should be training such that:

Q15. In case of overfiting, the model will most likely have?

a) High variance
b) High bias

Q17. Which one of the following is computationally fastest?

The idea is as follows:

Q18. When no hyper-parameter is present, which one will you use?

Ordinary Least Squares does not require hyper-parameters but Stochastic gradient descent do. This differences are:

Oscillation is the problem that parameter of a model is updated with every step but the direction of update involve some variance in gradient steps. To overcome oscillation, Momentum gradient descent is used over Stochastic and mini-batch gradient descent.

Answer: b) More than one minimum value

Q21. Perceptron is an example of?

Perceptron is an example of Binary classifier which is a type of Supervised learning.

Q22. What are the limitations of Backpropagation?

The limitations of Backpropagation are:

Q23. How does learning is stopped in Backpropagation?

In case of Backpropagation, learning process is stopped where the average value of gradient goes below a certain threshold value.

Q24. Which algorithm is used in Backpropagation?

This is a computational expensive operation. This was the reason why Machine Learning was not popular in 1980s despite the fact that the field was mature theoretically. In 2010s, with the introduction of powerful computing devices, Machine Learning became feasible and took a big leap.

Q25. Which one of the following distance metric is used for categorical variable in K nearest neighbor algorithm?

Hamming distance is used for categorical data while the other two metrics namely Manhattan and Euclidean distance are used for continuous data.

Q26. In K nearest neighbor algorithm, the value of K is choosen where?

Answer: b) Validation error is minimum

In K nearest neighbor algorithm, the value of K is choosen where Validation error is minimum. This improves the accuracy of the algorithm.

Q27. Which of the following can be used to predict missing values in continuous and categorical data?

K nearest neighbor is used with both continuous and categorical data whereas Regression techniques work with continuous data only. All three techniques can be used to predict missing values in the data they are applied on.

Q28. Euclidean distance is a special case of?

Then, the Minkowski distance between P1 and P2 is given as:

With P = 2, we get Euclidean distance.
With P = 1, we get Manhattan distance.

This image summarizes the distance metrics:

a) Supervised
b) Unsupervised

Q33. What is the minimum number of features required for Clustering?

The minimum number of features required for Clustering is 1. The data is clustered based on the input feature.

Q34. Does the output of K means Clustering remain same across different runs?

Q35. Which clustering algorithm have the problem of convergence at local optima?

Q36. Which Clustering algorithm has the problem of outlier?

Only K means clustering algorithm has the problem of outlier. This is because it considers the mean of data points of a cluster. 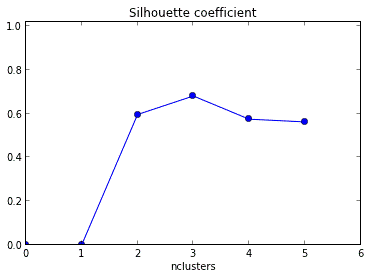 Q38. Which one is an iterative technique to handle missing values before Clustering Analysis?

All the four techniques can be used to handle missing values before Clustering Analysis but only one technique namely "Imputation with Expectation Maximization algorithm" is an iterative technique.

Q39. F-Score is used to measure Clustering result. What is the range of F-Score?

Q40. What one of the Clustering algorithm involve a Merging step?

Hierarchical Clustering involve merging as the last step while forming clusters. If iteration is not stopped, then only one cluster remain at the end.

Unlike K means clustering algorithm, Hierarchical Clustering is a deterministic clustering technique that is the result remain the same across different iterations.

Q42. What is the method called which is used to measure distance between two clusters?

There are many ways to determine the distance between two clusters (aka linkage methods):

Q43. What is the main disadvantage of K means clustering algorithm?

Answer: b) Initialization of centroid

The main drawback of k-means algorithm is that it is very much dependent on the initialization of the centroids or the mean points.

In this way, if a centroid is introduced to be a "far away" point, it may very well wind up without any data point related with it and simultaneously more than one cluster may wind up connected with a solo centroid. Likewise, more than one centroids may be introduced into a similar group bringing about poor clustering.

Q44. What is the Time Complexity of Mean Shift Clustering Algorithm?

The Mean Shift clustering algorithm can be computationally expensive for large datasets, because we have to iteratively follow our procedure for each data point.

It has a time complexity of O(N^2), where n is the number of data points.

Q45. In Mean Shift Clustering Algorithm, for which value of bandwidth will convergence be missed?

Answer: b) Too low

Q46. There are 2 Types of Hierarchical Clustering. Which one is top down approach?

a) Agglomerative method
b) Divisive method

There are two main methods for performing hierarchical clustering:

Q47. What is the meaning of homoscedasticity?

Q48. Expectation Maximization Clustering is an example of?

a) Hard clustering
b) Soft Clustering

Hard clustering means we have non-overlapping clusters, where each instance belongs to one and only one cluster. In a soft clustering method, a single individual can belong to multiple clusters, often with a confidence (belief) associated with each cluster.

Expectation Maximization Clustering is a Soft Clustering method. This means, that it will not form fixed, non-intersecting clusters. There is no rule for one point to belong to one cluster, and one cluster only. In EM Clustering, we talk about probability of each data point to be present in either of the clusters. It is completely possible for multiple clusters to partly share a portion of the data point, since we are only talking about respective probabilities of the point with respect to the clusters.

Q49. For which distribution, one should not use Normalization?

Q50. What is the assumption of Standardization? 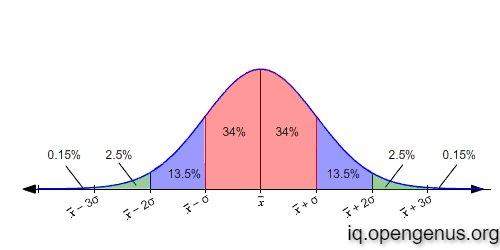 Q51. Which Naive Bayes Classifier has features in binary form?

Q52. In a Random Decision Forest, what is the n_estimators hyper-parameter?

Answer: a) Number of decision trees

Q53. Which one of the following is not an ensemble method?

a) Bagging
b) Boosting
c) Stacking
d) None

Different Ensemble techniques used in the domain of Machine Learning:

Q54. What is the full form of Bagging ensemble technique?

Bagging, also known as Bootstrap Aggregation is an ensemble technique in which the main idea is to combine the results of multiple models (for instance- say decision trees) to get generalized and better predictions. The critical concept in Bagging technique is Bootstrapping, which is a sampling technique(with replacement) in which we create multiple subsets (also known as bags) of observations using the original data.

Q55. Which ensemble technique uses the concept of weak learners?

a) Bagging
b) Boosting
c) Stacking

Boosting is a type of ensemble technique which combines a set of weak learners to form a strong learner. As we saw above, Bagging is based on parallel execution of base learners while on the other hand Boosting is a sequential process, wherein each subsequent model attempts to rectify the errors made by the previous model in the sequence which indicates succeeding models are dependent on the previous model.

The terminology 'weak learner' refers to a model which is slightly better than the random guessing model but nowhere close to a good predictive model. In each iteration, a larger weight is assigned to the points which were misclassified in the previous iteration, such that, they are now predicted correctly. The final output in case of classification is computed using weighted majority vote similarly for regression we use the weighted sum.

a) Stacked Generalization
b) Modified Bagging

Stacking also referred to Stacked Generalization is an ensemble technique which combines predictions from multiple models to create a new model. The new model is termed as meta-learner. In general, Stacking usually provides a better performance compared to any of the single model. The following figure illustrates the Stacking technique: