In this article, we have explored different types of Network Switching in Computer Network. These include types like Circuit Switching, Message Switching and others.

Switching is the process of transmitting packets from one port to another that leads to the destination. 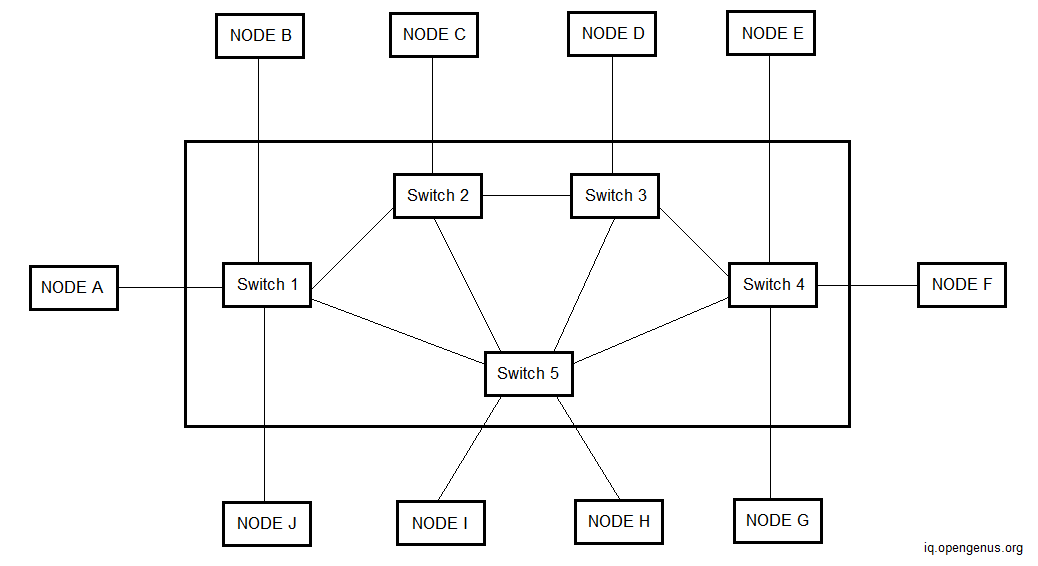 Note that, every switch is linked to more than one nodes.

Generally, there are three switching techniques:

A circuit-switched network is made up of a series of switches linked together by physical connections, each of which is split into n channels. Circuit switching occurs at the physical layer.

Before beginning communication, the stations must reserve the resources that will be needed during the communication. These resources, which include channels(bandwidth in Frequency Division Multiplexing and time slots in Time Division Multiplexing), switch buffers, switch processing time, and switch input/output ports, must be allocated throughout the data transfer process until the breakdown phase.

Data sent between the two stations is not packetized (physical layer signal transmission). The data are a constant flow supplied by the source station and received by the destination station, but there may be intervals of inactivity. During data transfer, there is no addressing. The data is routed by the switches based on their occupied band (FDM) or time slot (TDM). Of course, end-to-end addressing is employed throughout the setup phase.

In a circuit-switched network, communication occurs in three stages:
1. Connection Setup Phase
A dedicated circuit (combination of channels in connections) must be established before the two parties (or many participants in a teleconference) may interact. Because the end systems are generally linked to the switches through dedicated lines, connection setup entails building dedicated channels between the switches. It should be noted that end-to-end addressing is essential to establish a link between the two end systems.

2. Data Transfer Phase
After the exclusive circuit (channels) are established, the two entities can transfer data.

3. Connection Teardown Phase
When one of the participants has to disconnect, a signal is transmitted to each switch, allowing the resources to be released.

Efficiency of circuit switched network: Circuit-switched networks, it might be claimed, are less efficient than the other two types of networks since resources are distributed throughout the course of the connection. Other connections cannot access these resources.

Delay in circuit switched network: Despite the fact that a circuit-switched network is often inefficient, the latency in this sort of network is negligible. The data are not delayed at each switch during data transfer; the resources are allocated for the lifetime of the connection.

Circuit switching is used for long-distance communication links that must be constant for lengthy periods of time. Traditional telephone networks, sometimes known as landlines, are an example of circuit switching technology.

This method is midway between circuit switching and packet switching. Message switching treats the full message as a data unit and switches/transfers it as whole. A message switching switch initially receives the entire message and buffers it until resources are available to transmit it to the next step. If the following step does not have adequate resources to handle a big message, the message is held and the switch waits.

An example of message switching is emails, PC documents, transaction queries and responses.

In packet switching, the entire message is divided into smaller bits known as packets. The switching information is included in the header of each packet and is delivered separately. A packet does not have any resources assigned to it. This indicates that the connections have no allocated bandwidth and no planned processing time for each packet. The allocation of resources is based on the demand. The allocation is done on a first-come, first-served basis. 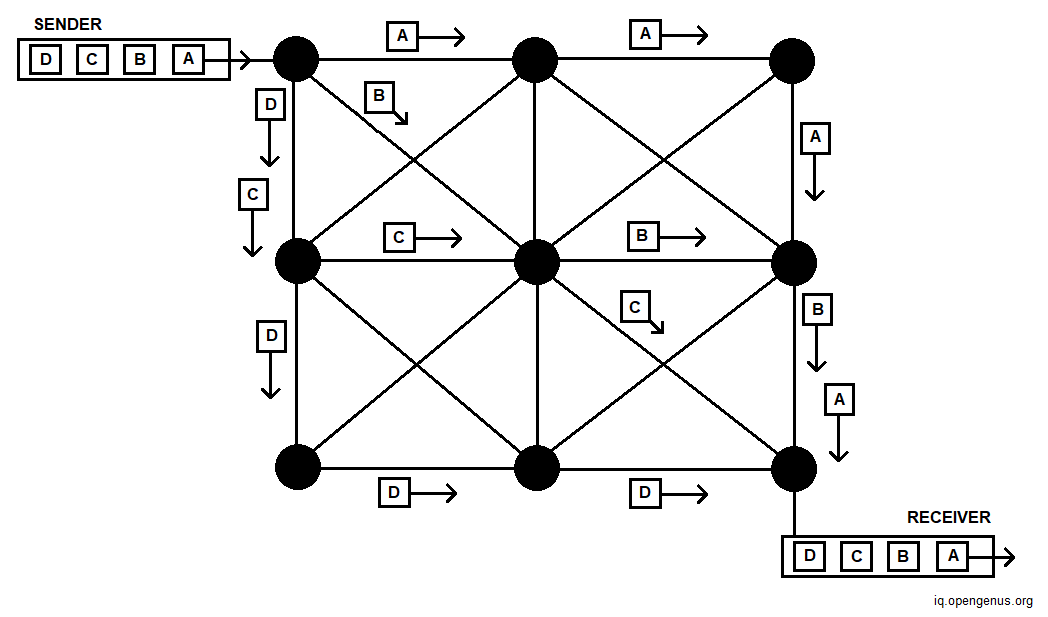 Small packets are easy for intermediate networking devices to store, because they do not consume a lot of resources, either on the carrier channel or in the internal memory of switches. Packet switching can be divided into two types:

1. Virtual Circuit Packet Switching
A virtual circuit service is considered to be preferable than a connection-less service in case of lengthy communications. Messages are transmitted in the sequence in which they are sent over virtual circuits, which is similar to telephone service. To construct a circuit, the whole destination and source network addresses, as well as the information necessary to transport a packet, are required.

Once a virtual circuit is constructed, the logical channel numbers enable one of the virtual circuit's DTEs to transfer data to the other. Rather than rejecting packets, network congestion is addressed by restricting the inputs to a virtual circuit (or managing the flow of data).

Individual packets on a virtual circuit are rarely independent; they are usually merely a component of a message.

2. Datagram Packet Switching
Each packet in a datagram network is processed independent of the others. Even though a packet is part of a multi-packet transfer, the network processes it as if it were a single packet. In this technique, packets are referred to as datagrams. Normally, datagram switching occurs at the network layer.

Connectionless networks are another name for datagram networks. The term "connectionless" refers to the fact that the switch (packet switch) does not maintain track of the connection status. There is no setup or breakdown time. A switch treats every packet the same, regardless of its source or destination.

Routing table: In a datagram network, how are packets routed to their destinations if there are no setup or teardown phases? Each switch (or packet switch) in this form of network has a routing table that is based on the destination address. The routing tables are dynamic and are changed on a regular basis. The tables store the destination addresses as well as the appropriate forwarding output ports. This is in contrast to the table of a circuit switched network, where each item is made when the setup phase is complete and deleted when the takedown phase is complete.

Destination Address: Every packet in a datagram network has a header that includes, among other things, the packet's destination address. When the switch receives the packet, it checks the destination address and consults the routing database to determine which port the packet should be forwarded via. Unlike in a virtual-circuit-switched network, this address remains constant during the packet's trip.

The Internet is the most well-known example of a packet-switched network that uses the TCP/IP protocol suite. Asynchronous Transfer Mode (ATM) is another packet-switching technology that switches short fixed-length packets called cells between network nodes.

With this article at OpenGenus, you must have the complete idea of Types of Network Switching in Computer Network.

In this article, we have explored several Data Structures that are used in Spreadsheet / Excel Sheet. These involve ideas like Sparse Matrix, AVL Tree and much more.