Lessons you can safely apply in your daily life:

See the best time to study: (Let us know the time that works for you ) 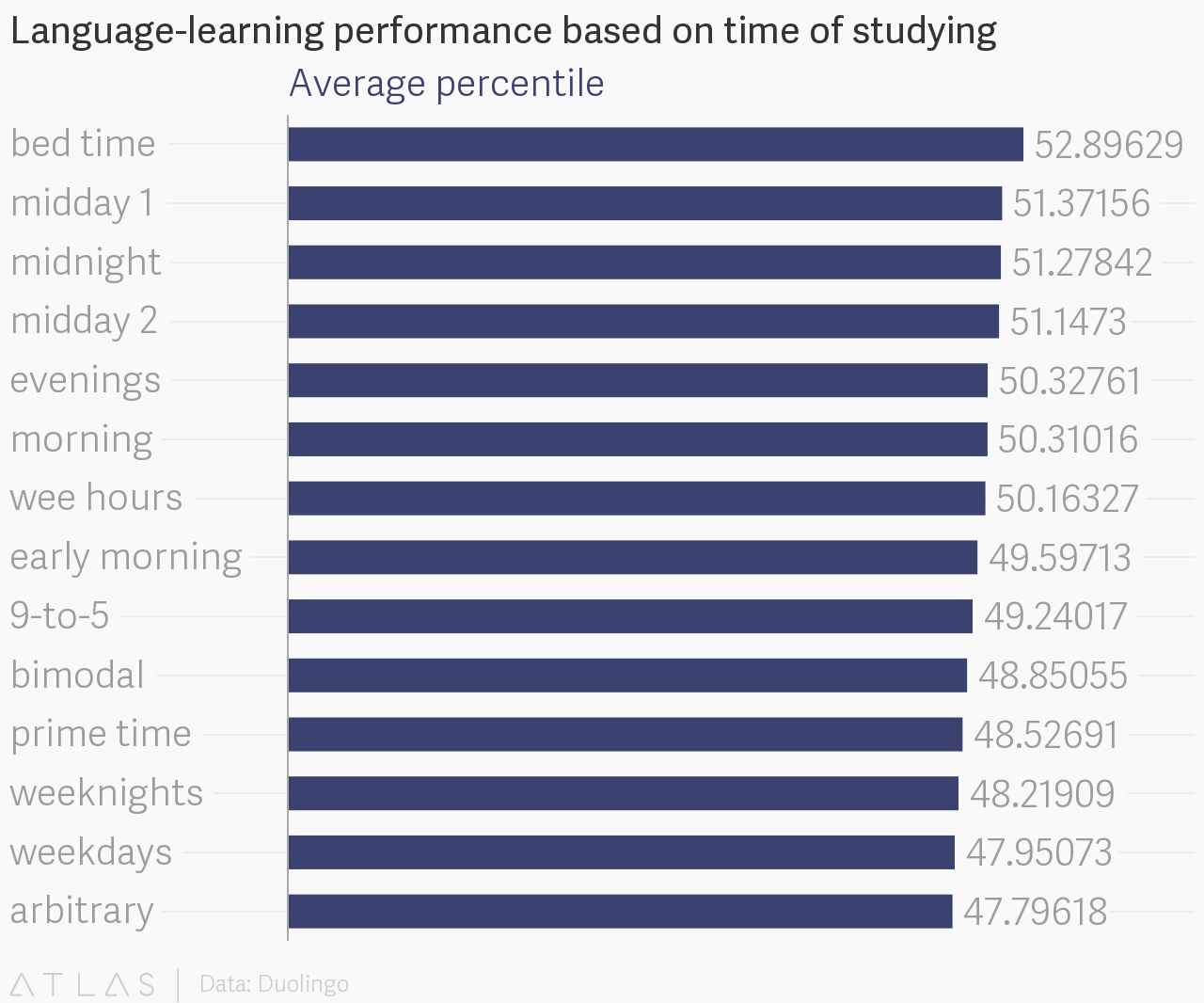 Sleep has been known to have a positive impact on learning. A 2016 study investigated the effect that repeated practice and sleep have on the long-term retention of information, particularly foreign-language vocabulary. Over the course of two sessions done 12 hours apart, 40 participants practiced foreign-language vocabulary. Half of them learned in the morning and reviewed in the evening of the same day, while the other half learned in the evening, slept on it, and then reviewed that lesson the next morning. One week later (and again six months later), the researchers assessed the participants’ retention. They discovered that sleeping in between lessons led to much better long-term retention.

To find out if this was true for its own customers, researchers at Duolingo applied the same concepts to its user base. After first identifying 14 groups based on when they most commonly used the app, the group color-coded the subsets based on activity level during specific hours of the day.

Developing a regular daily habit is advantageous if you’re trying lead a healthier lifestyle, and language learning is no different. When people set aside focused time to learn and practice a skill, they appear to learn more than those who are less consistent—and perhaps just before bed turns out to be particularly good time to set aside, because you’re less likely to be interrupted by your workmate, laundry, or urge to sleep in.

While the analysis focused on users’ activity on Duolingo, language learning can take place in many forms. To go even further in making your practice a daily habit, try turning on French subtitles next time you’re watching your favorite TV show, or start listening to podcasts in Spanish on your daily commute. There are many ways to commit to making language learning part of your routine and, taken together, they can help you reach the level of proficiency you’re aiming for.

Despite the vast number of initiatives to bring gender equality to the software development world, there is still a lot of work to be done. Problem we need to address: How to ensure that women progress throughout their career?