In this post, we discuss the Meet in Middle problem solving technique and show through examples how we can use it to improve a naive brute force algorithm. 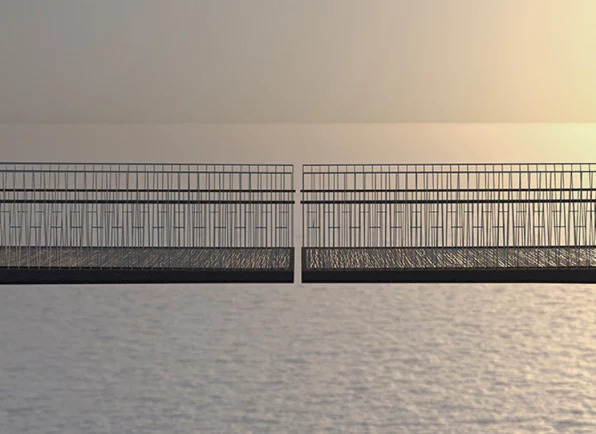 Introduction to Meet In Middle

The meet-in-middle algorithm is a search technique used for problem solving whereby the given input size of the problem is small but not small enough for a brute force approach to work.

It works by splitting the given input into two subsets, solves them using a standard algorithm then combines results obtained from the subsets to come up with a general solution.

Problem Statement; Given an array of integers, write a function that returns true if there is a triplet (a, b, c) that satisfies the pythagorean theorem that is, .

We compute all combinations of all elements in the array, in python we use something like itertools combinations for this and out of those subsets we return true is any satisfies the condtion, otherwise we return false.

This is a brute force approach, we try out all possible combinations of the elements to find the result.

We use three loops making out time complexity O(N3).

We will optimize the naive approach using meet-in-middle technique to achieve a better computational complexity.

In this approach we use three pointers and work our way to the middle of the array making comparisons until the pythagorean condition is met.

The time complexity of this approach is O(N2).

Problem Statement; Given a set of n integers where n <= 40, determine the maximum sum subset having a sum less than s.

We could use a brute force approach like in the previous problem where we get all possible subsets are return the maximum sum among them that is less than m.

This is not optimal.

Again we will use meet-in-middle algorithm to optimize the time complexity to a better one.

We can use the brute force approach twice for each subset and combine results from each subset to obtain a general solution.

The time complexity is .

Problem statement: Given an array of n integers and an integer target, find 4 values whose sum is equal to target.

Hint: Traverse the array using two pointers i, j, Compute sums of pairs before i and store in a data structure, move i. While traversing from j to end of array, look for the remaining pairs whose sum complements the stored pairs before i to add up to target. We improve to using meet in middle.

Problem Statement: Given an array of integers, count the number of increasing subsequences of length 3.

Problem statement: Given a set of items and their weights. We are to combine them to get the maximum value with weight w that can fit into a knapsack of weight W. We cannot break elements, we take them or leave them.

Hint: Partition items into two subsets and compute the weights and values of each, then for each subset of A we find a subset of b with the greatest value such that their combined weight if less than W while keeping track of max value obtained so far.

With this article at OpenGenus, you must have the complete idea of Meet in Middle technique.

Let's go through some of the basic programming concepts in Rust, such as variables, functions, loops and the like. I realize that I have not covered them in any article before, assuming some small previous knowledge.. Let's fix that by covering them today!

A serious Developer uses Linux as his / her Development System. The book "50+ Linux Commands before joining a Company" cover the most important commands and tasks that you need to know to make a good impression at your workspace.