A translation scheme is a context-free grammar whereby semantic rules are embedded within the right sides of productions.

A translation schema and a syntax-directed definition are close to being similar except that the order for evaluation of semantic rules is shown.

When we construct a parse tree for a translation scheme, we use an extra child that is connected by a dashed line to the node of the production to indicate an action.

These are SDTs that have all their actions at the right ends of the production body.
The following is an example of a postfix SDT implementation of a calculator;

Since the underlying grammar is LR and the SDD is S-attributed, actions can be correctly performed along with reduction steps of the parser.

The following is a parser that contains records with a field for a grammar symbol and below it a field for an attribute.

The grammar symbols XYZ are to be reduced according to production A XYZ.

The desk calculator in a bottom-up parsing stack; 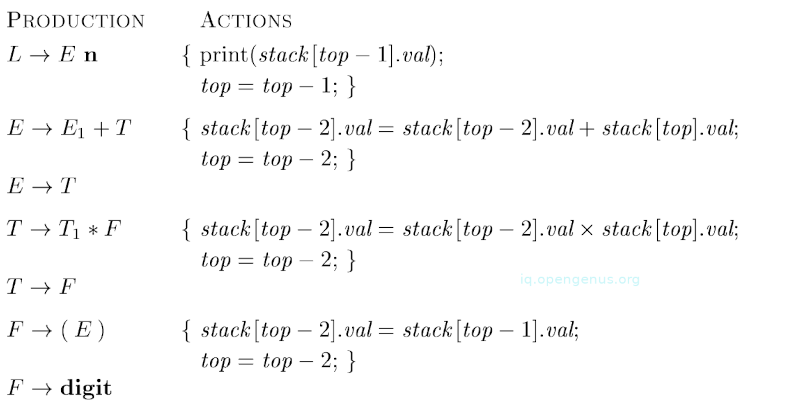 SDTs with actions inside productions.

Take for example a production B X{a} Y. Action a is performed after we recognize X(X is a terminal) or all terminals derived from X(X is a non-terminal)

Note that inserting marker non-terminals may introduce conflicts in the parse table.

Any SDT can be implemented as listed; 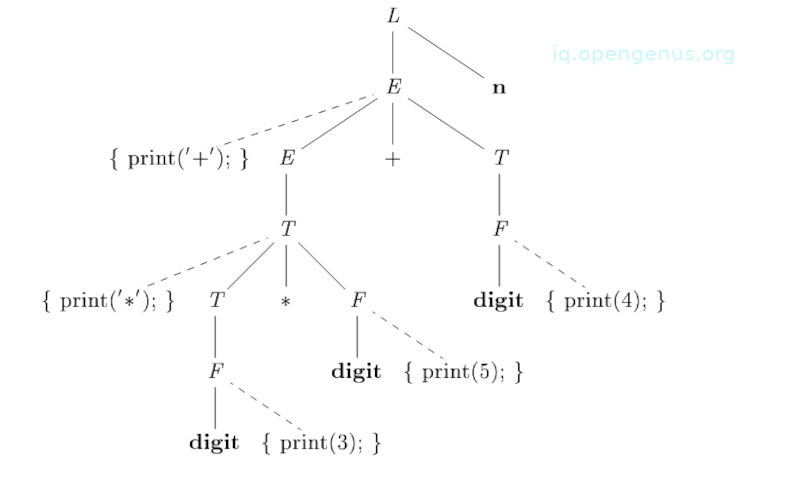 No grammar with left-recursion can be parsed deterministically in a top-down manner.
The following principle guides us;

When the order in which actions in an SDT is considered, actions are treated like terminal symbols during grammar transformation.

This principle is based on the idea that grammar transformations preserve the order of the terminals in the generated string.
Actions are therefore executed in any left-to-right, top-down, or bottom-up ordering.

The key to eliminating left recursion is to take two productions;

That generate strings that consist of a and any number of and replace them by productions that generate a similar string using a new non-terminal R of the first production;

If does not start with A, A no longer has a left-recursive production.

We assume a grammar can be parsed top-down. Rules for converting an L-Attributed SDD to an SDT are as follows;

Although the above grammar is ambiguous we can use it to parse in a bottom-up manner, that is, if we make subscribing and juxtaposition right-associative with the former taking precedence over the latter.

The SDD for typesetting boxes; 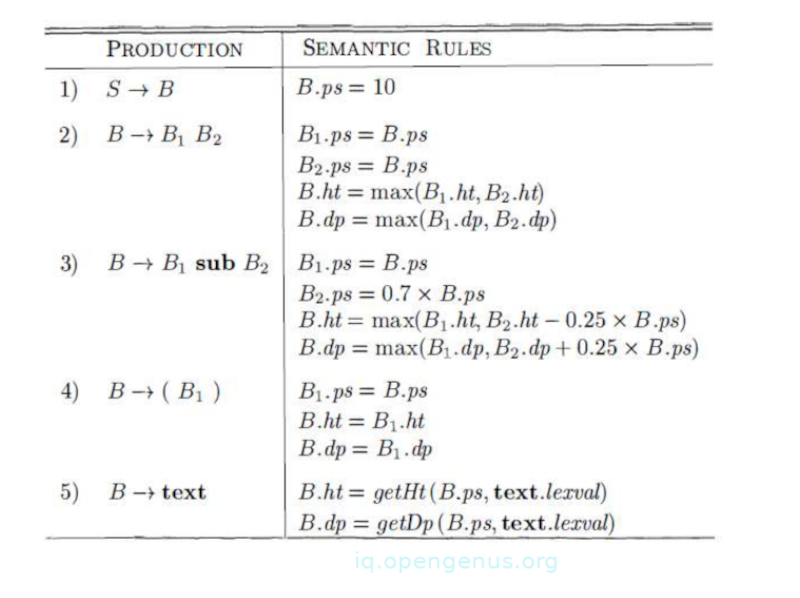 The SDT for typesetting boxes; 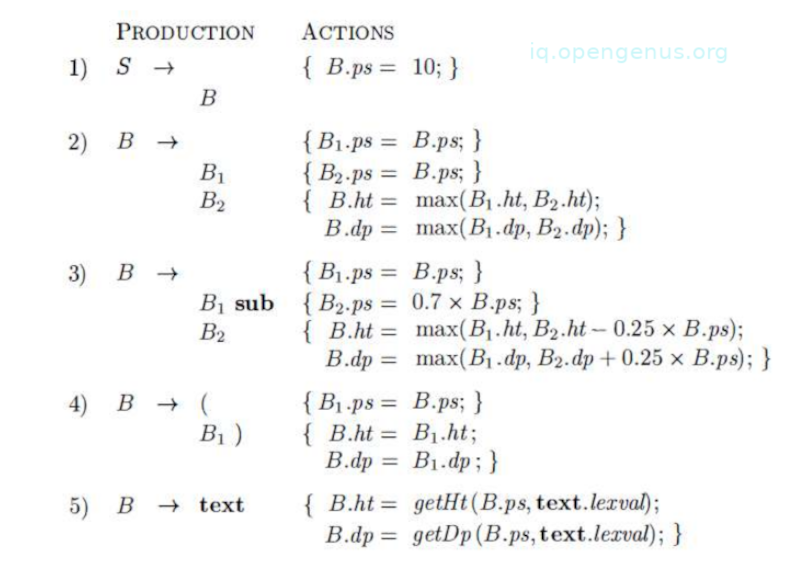 A translation scheme is a context-free grammar whereby semantic rules are embedded within the right sides of productions.

No grammar with left-recursion can be parsed deterministically in a top-down manner.

In this article, I will show 3 different ways to wait for page to load in Python using Selenium.

In this article, we learn about the main application of Syntax-directed Translation which is the construction of syntax trees.