A genetic algorithm is a search heuristic (related to making guesses) algorithm that is inspired by Charles Darwin’s theory of natural evolution (related to how life evolves). This algorithm reflects the process of natural selection where the fundamental idea is that the fittest individuals are selected for reproduction in order to produce offspring of the next generation.

The process of natural selection starts with the selection of fittest individuals from a population. They produce offspring which inherit the characteristics of the parents and will be added to the next generation. If parents have better fitness, their offspring will be better than parents and have a better chance at surviving. This process keeps on iterating and at the end, a generation with the fittest individuals will be found.

This notion can be applied for a search problem. We consider a set of solutions for a problem and select the set of best solutions out of them.

There are five phases in a genetic algorithm namely:

The process begins with a set of individuals which is called a Population. Each individual is a solution to the problem we want to solve.

An individual is characterized by a set of parameters (variables) known as Genes. Genes are joined into a string to form a Chromosome (solution).

In a genetic algorithm, the set of genes of an individual is represented using a string, in terms of an alphabet. Usually, binary values are used (string of 0s and 1s). We say that we encode the genes in a chromosome. 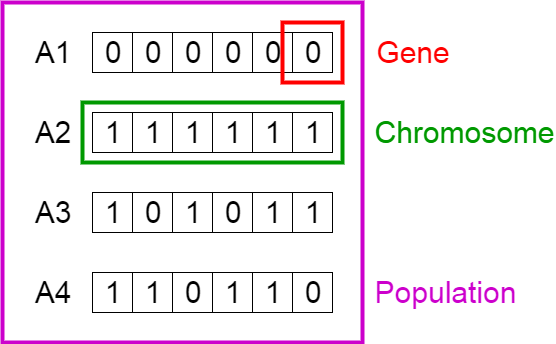 The idea of selection phase is to select the fittest individuals and let them pass their genes to the next generation.

Two pairs of individuals (parents) are selected based on their fitness scores. Individuals with high fitness have more chance to be selected for reproduction.

Crossover is the most significant phase in a genetic algorithm. For each pair of parents to be mated, a crossover point is chosen at random from within the genes.
For example, consider the crossover point to be 3 : 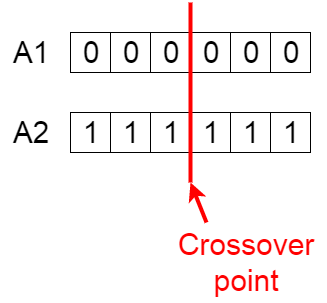 Offspring are created by exchanging the genes of parents among themselves until the crossover point is reached. 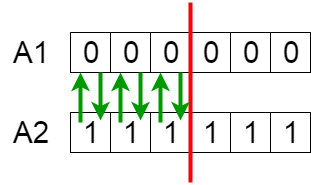 The new offspring are added to the population.

In certain new offspring formed, some of their genes can be subjected to a mutation with a low random probability. This implies that some of the bits in the bit string can be flipped.

Mutation occurs to maintain diversity within the population and prevent premature convergence. 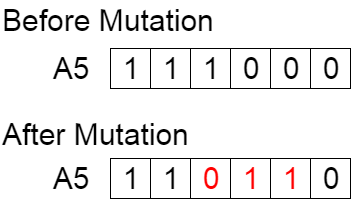 The algorithm terminates if the population has converged (does not produce offspring which are significantly different from the previous generation). Then it is said that the genetic algorithm has provided a set of solutions to our problem.

You have the basic knowledge of Genetic Algorithms

In this guide, we will walk you through the installation steps of OpenMP from source. Open Multi-Processing is a library that is used to make programs execute in a parallel fashion. It supports multi-platform shared memory multiprocessing programming in C, C++, and Fortran on most platforms