Docker is a virtualization software under the category of Platform as a Service (PaaS) products. It virtualizes operating systems in lightweight and portable packages called containers.
Containers are lightweight virtual machines that are uses the parent OS kernel. They are isolated and have their own configurations and dependency, though they may communicate with other containers through defined communication pipeline.

It is written in Go programming language and created by Docker Inc. and is currently supported in Linux, Windows and MacOS.

Docker Images: A docker image is static file with specifications of the OS container we want to create, its dependencies and the action that it performs when it is executed to form a container.
A docker image may be executed multiple times to create one or more Docker instance.
Docker image can be thought of as a template for creating a Docker Container just like a class is a template for an object in C++.

Docker Containers: A container is a lightweight virtual machine based on specified Operating System in a package containing the required and specified dependencies. This allows portability and makes out application run in a sandboxed (isolated) environment which increases the security of our device.
Thus, Docker containers are reliable and standalone.
A container may include following: source code files, runtime dependencies, system utilities, libraries and setting files.

This entire process can be understood with an analogy with a programming language:
Dockerfile: Source code file
Docker Image: Executable file created on compiling the source code.
Docker Container: An executable file in process.

Docker Engine: Docker Engine is the main engine written in Go that hosts all the Docker repositories, images etc. and it is the platform on which the Docker containers are executed.

Dockerfile: A Dockerfile (file name is Dockerfile and it has no extensions) is a file containing list of commands that can be read by Docker Engine and create a Docker Image according to the specifications.
All the lines of the Dockerfile are interpreted and executed one by one.

On the terminal, create a dockerfile

Here,
FROM: command is used to get a copy of the OS we want from the Docker repository. Here, we import the Ubuntu Linux OS.
RUN: command is used to execute commands on the OS Machine when it is created as a Docker Image.
Here, we execute the command apt-get update to update the Ubuntu machine with the latest release of it.

To create a Docker Image, we have to build the Dockerfile.

Here, . is used instead of specifying a path assuming that the Dockerfile exists on the same directory on which the command is executed.

Here, we use the following command to create a container named container1

The following points can be noted from the image shown above:

ps command is inspired from Linux ps command which shows the currently active process.
In Docker, ps command shows the active containers on the machine.

It shows the following statistics:

Docker stop command is used to delete an active container and remove all its configuration files from the memory.

This command is used to check the docker images present on the local machine.

Docker Hub is a collection of repositories storing Docker images created by organizations or individuals to be freely distributed.
These docker images can be pulled by users in their local machine with following command:

Here, we pull the debian image 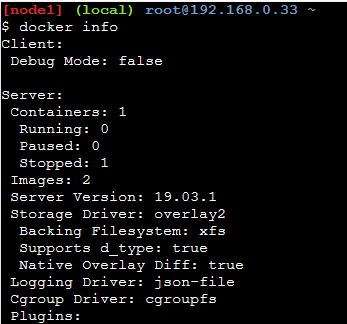 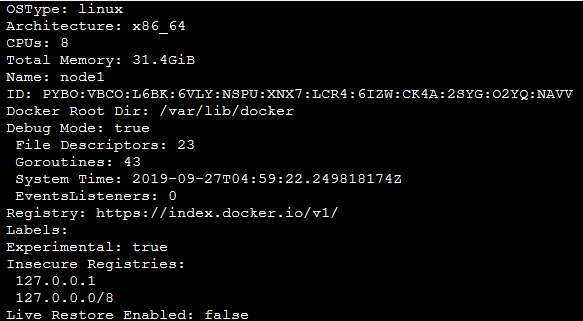 In this article, we explore the types of references in Java which includes strong reference, weak reference, soft reference and phantom reference.

In Java, the interface is a mechanism, using which programmers can connect different software components and make them interact with each other.