Data structures are a fundamental concept in computer science that provides a way to organize and store data in a computer so that it can be accessed and modified efficiently.

A data structure is a specific way of organizing and storing data in a computer so that it can be accessed and modified efficiently.

When data is unstructured, it is not organized or doesn’t have a defined data model.

There are many different data structures are out there, but all can be classified in these two.
1.primitive data structure, also known as built-in data types can store the data of only one type. Examples - integers, floating points, characters, pointers. 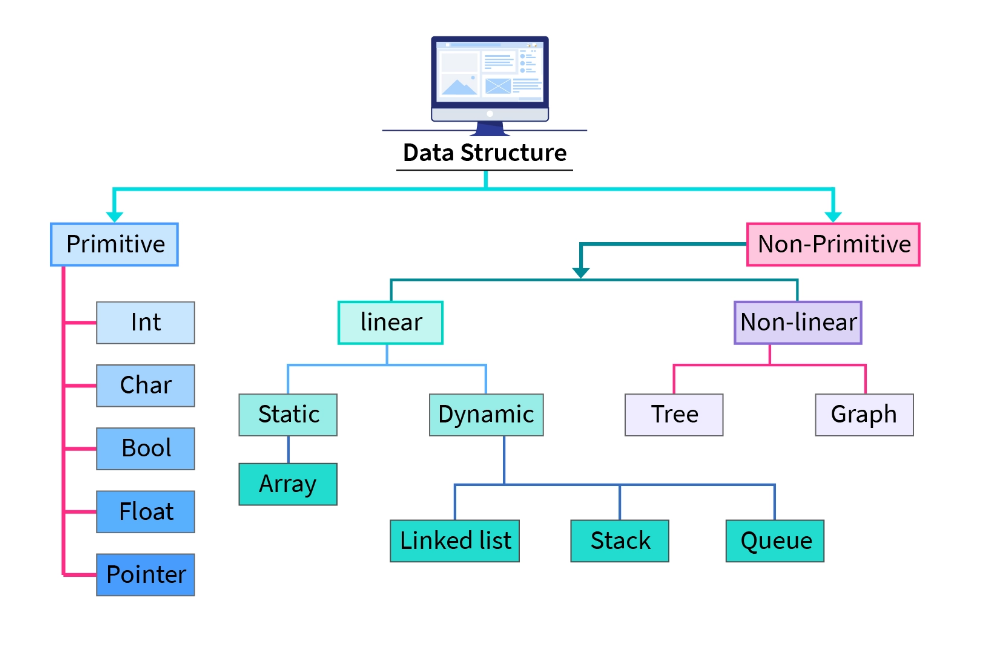 have a look at Linear Vs Non-Linear 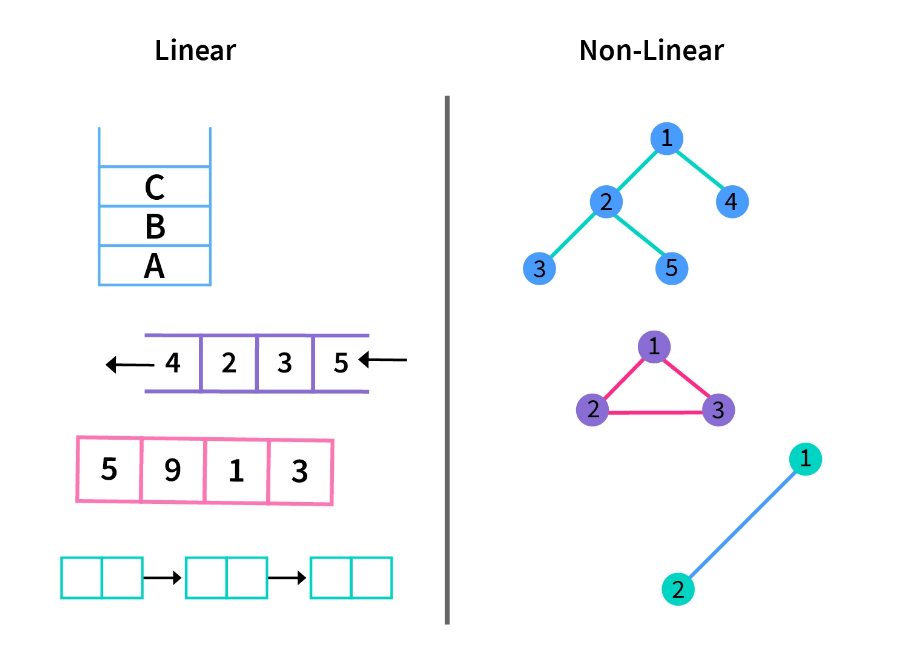 Linear Data Structure- are structures that are organized in a linear way, meaning that the elements are stored in a sequential manner, one after the other. Examples of linear data structures include arrays, linked lists, and stacks.

Dynamic DS is a data structure that can change size during the execution of a program. This means that you can add or remove elements from a dynamic data structure as needed. Examples - linked lists, stacks, and queues.

Most common types of data structures and there properties

An array is a data structure that stores a collection of elements of the same data type. The elements in an array are accessed by their indices, which are integer values that specify the position of an element in the array.

A queue is a type of data structure that stores a collection of elements in a linear order, and follows the principle of First In First Out (FIFO). This means that the first element added to the queue will be the first one to be removed.
There are two main operations that can be performed on a queue: enqueue and dequeue. Enqueue adds an element to the end of the queue, and dequeue removes the element from the front of the queue.

A stack is a type of data structure that stores a collection of elements in a linear order, and follows the principle of Last In First Out (LIFO). This means that the last element added to the stack will be the first one to be removed.
There are two main operations that can be performed on a stack: push and pop. Push adds an element to the top of the stack, and pop removes the element from the top of the stack. 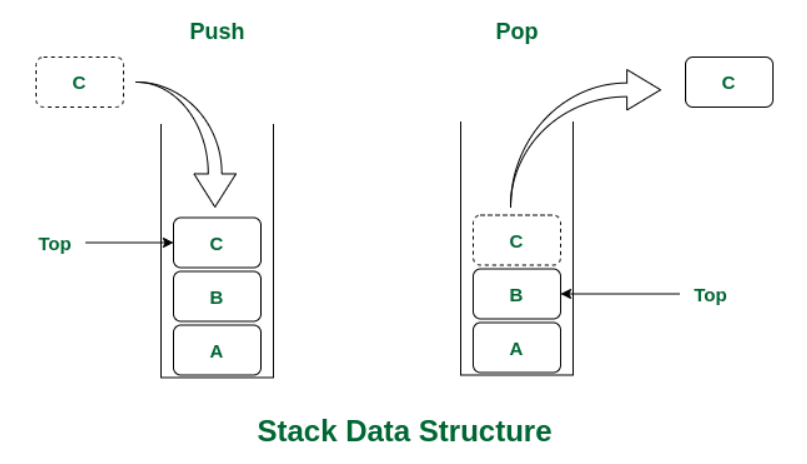 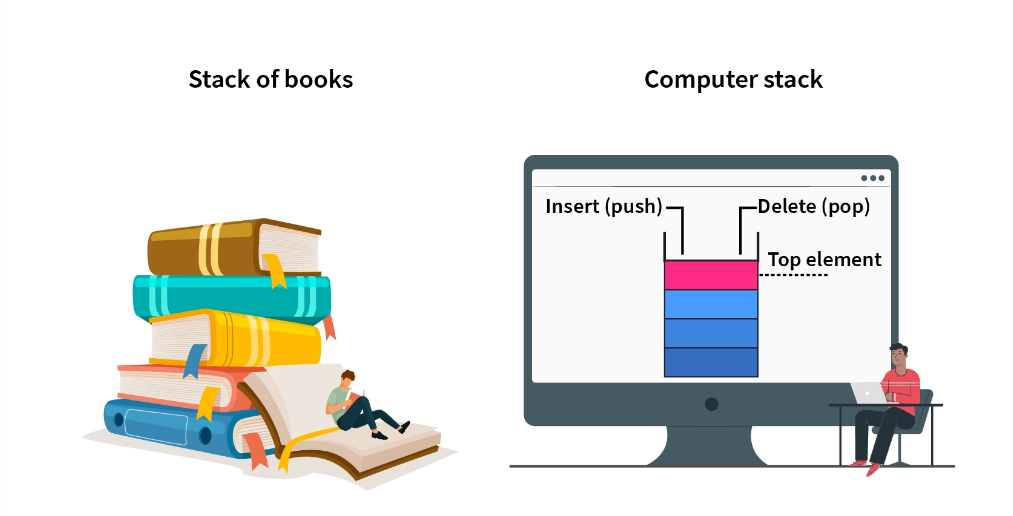 A tree is a hierarchical data structure that consists of nodes arranged in a tree-like structure. Each node has a value, and it can have zero or more child nodes, which are represented as a list of pointers to the child nodes. The nodes that do not have any children are called leaf nodes. The node at the top of the tree is called the root node.

Trees have a number of important properties, including:

Hierarchical structure: The nodes in a tree are organized into a hierarchy, with the root node at the top and the leaf nodes at the bottom.
Parent-child relationships: Each node in a tree has a parent node (except for the root node) and zero or more child nodes.
Siblings: Nodes that have the same parent are called siblings.

There are many different types of trees, including binary trees, binary search trees, red-black trees, and AVL trees. Each type of tree has its own unique characteristics and is used in different situations.

'I'm Jane, a friend of a friend of Joe, and since you also follow Joe, I was thinking maybe we can be friends, please accept my request...'

What data structure can model these intricate relationships?
Graphs
Trees
Linked list
Arrays
As you can see below a graph have one node connected to multiple and same for each node, you can call it mutual connection.

A graph (G) is a non-linear data structure that consists of a set of vertices (also called nodes) and a set of edges (E) that connect the vertices. Each edge has a weight that represents the cost or distance between the two vertices it connects. 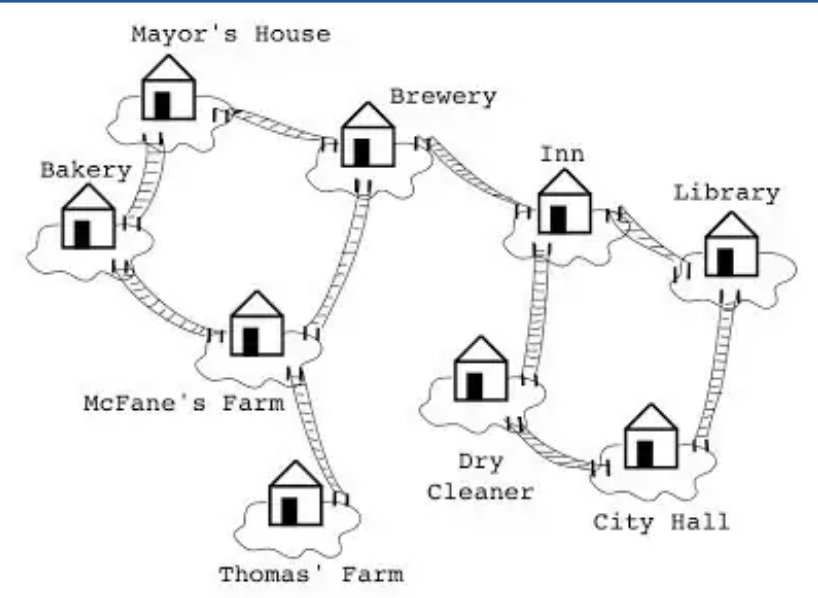 There are two main types of graphs: 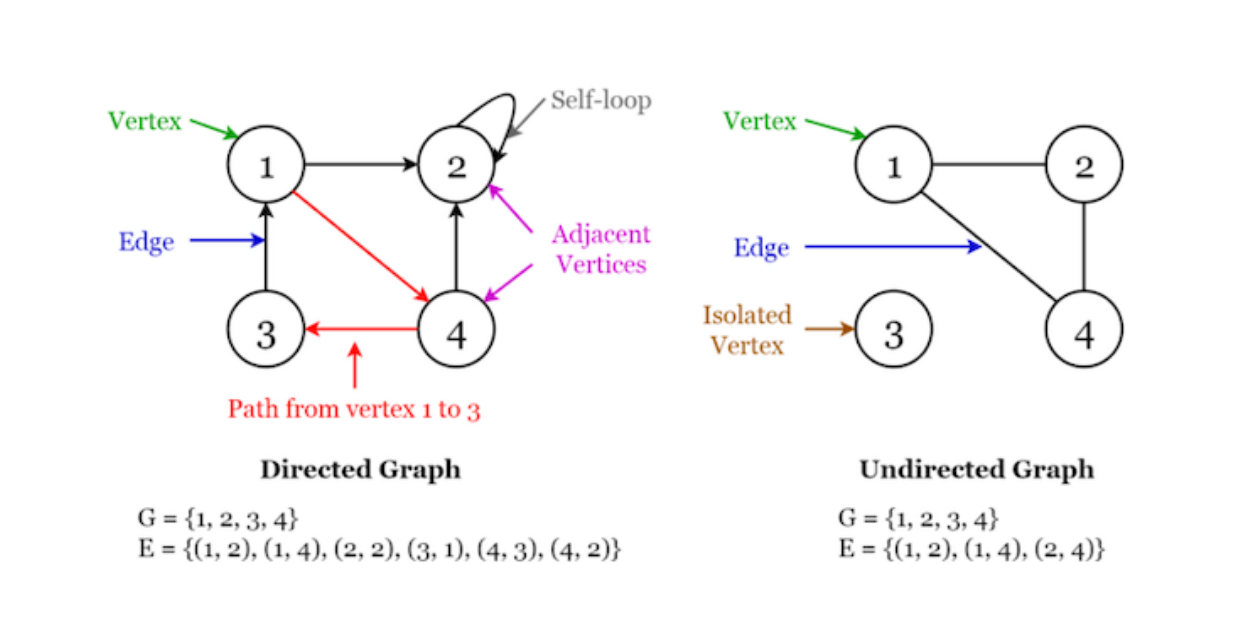 Graphs are used in a wide variety of applications such as:

7. Heaps
A heap is a specific type of binary tree where the parent nodes are compared to their child nodes, and values are arranged in the nodes accordingly.

A heap can be represented as an array or a binary tree as you can see in the images below: 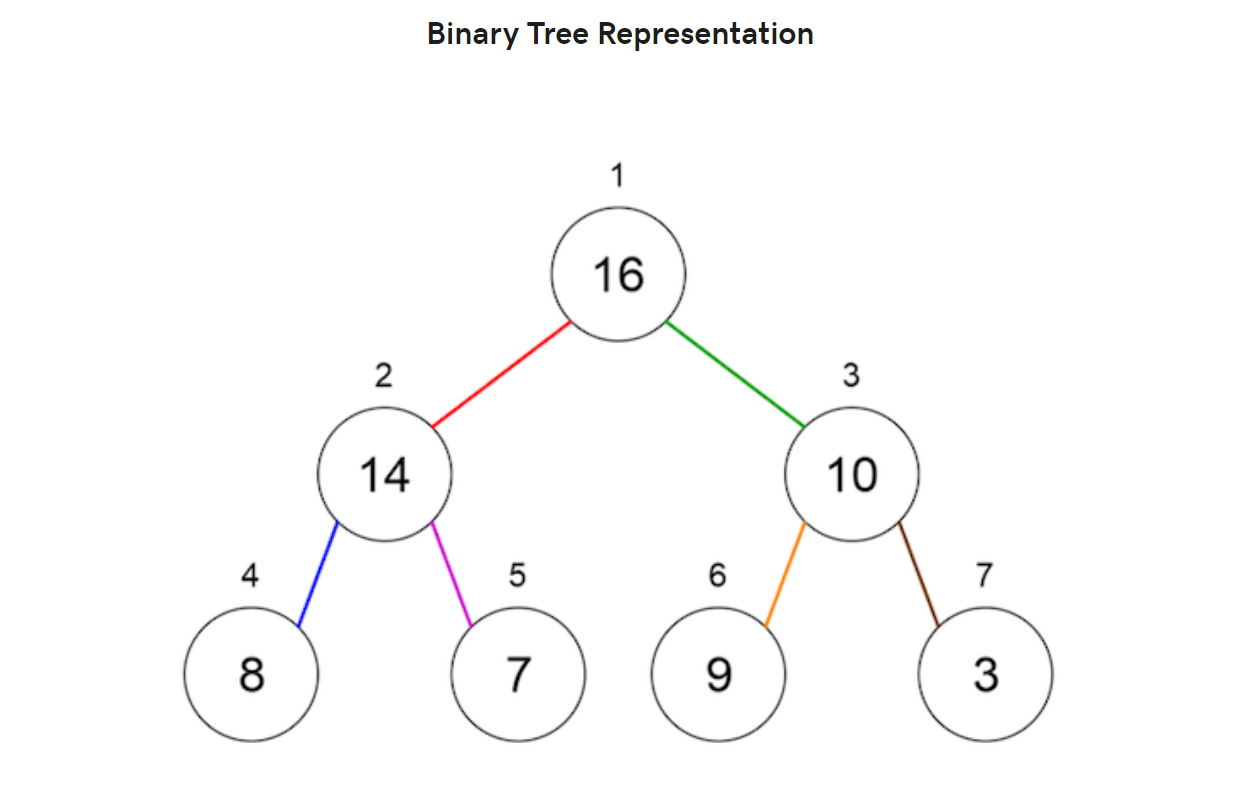 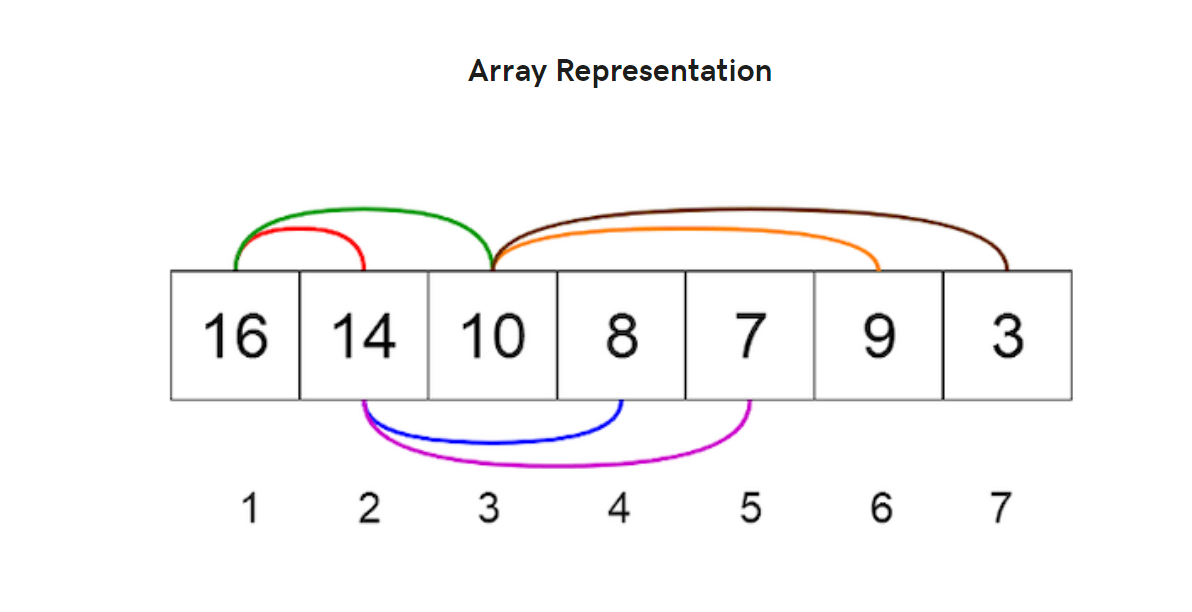 There are two types of heaps:

With this article at OpenGenus, you must have a good revision of basic Data Structures.

In this article, we will learn about all 32 keywords in C programming language and their uses.

In this article, we have explained how to find the maximum, minimum and average of the marks of 4 subjects of different students using structure in C Programming Language.