Kafka is a word that gets heard a lot nowadays, A lot of Digital companies seem to use it as well. But what it is actually?

In basic terms, Kafka is a messaging framework that is intended to be quick, scalable, adaptable, and durable. It is an open-source stream processing system. Apache Kafka started at LinkedIn and later turned into an open-source Apache venture in 2011, and then it became a top-notch Apache Foundation project in 2012. Kafka has improved a lot since then, Nowadays it is a big platform allowing you to store redundantly store absurd amounts of data.

Kafka is developed by Franz Kafka and is written in Scala and Java. It aims at generating a high-throughput, low-latency platform for taking care of constant real-time information feeds.

Apache Kafka is a software where topics can be defined dynamically (imagine a topic of a Application ) to where applications can add, process and reprocess data ( Messages ).

Applications can connect to this system and transfer the realtime data feeds into these topics. A message can include any kind of information like commit logs, logs generated by a website or it can be anything that needs to be processed in real time. The data you send is stored in RAM or Hard Drive until a specified retention period has passed by. For example kafka is used in:

as they all need to process data in realtime. 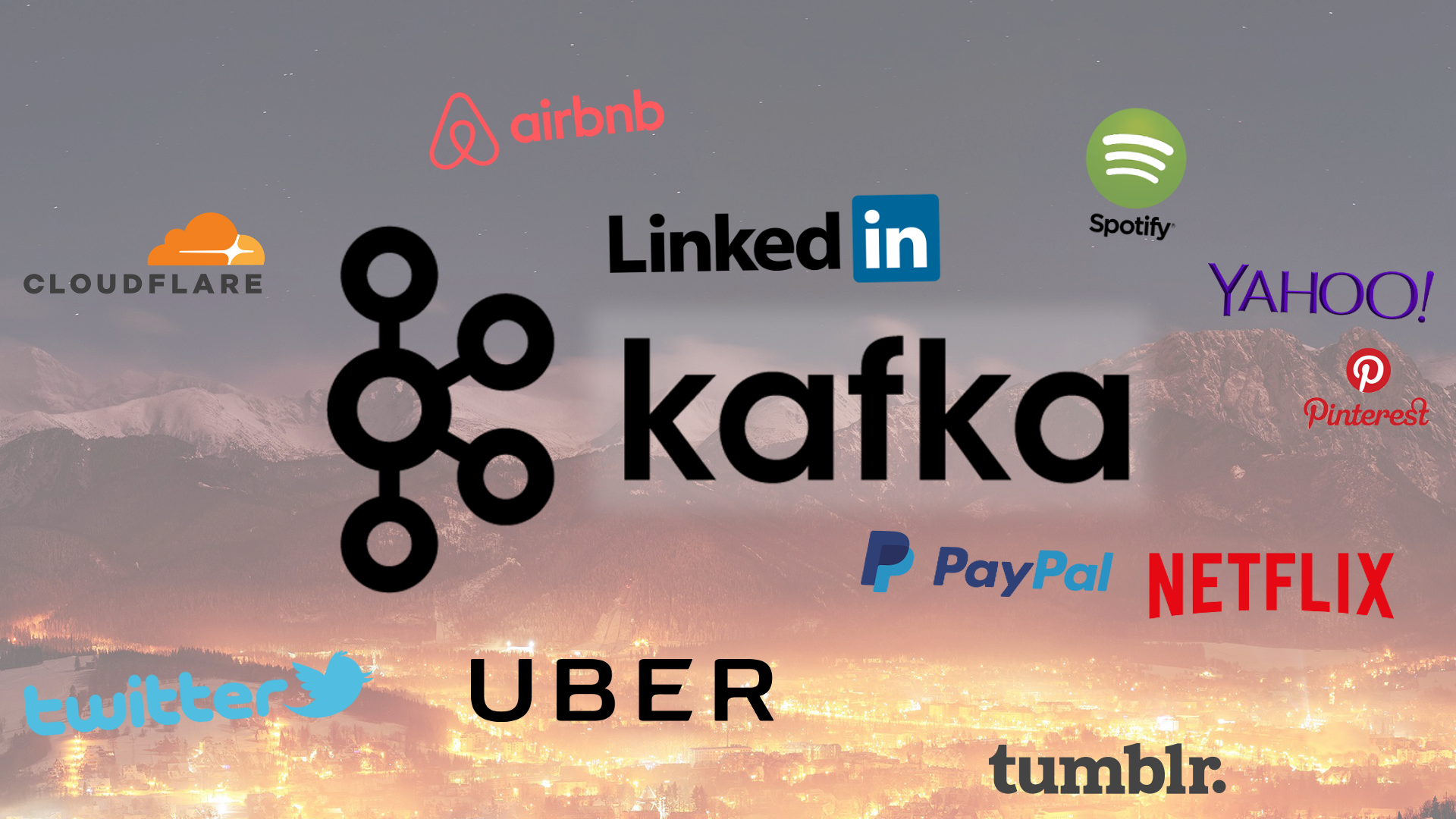 In Big Data, a tremendous volume of information feeds are utilized. Regardless, how are we going to assemble this tremendous volume of data and analyse it? To deal this problem, we need a messaging system. That is the main reason why we need Kafka. The functionalities that it gives are well-suited to our requirements, and we use Kafka for:

Getting Familiar With kafka

Kafka is a distributed streaming platform that allows us to:

Producers publish data to the topics of users choice. It isresponsible for electing the optimal record to assign to which partition in the topic.This can be done in a round-robin way simply to balance the load or it can be done according to some semantic partitioning function.

Consumers itselves label as a consumer group name, and each record published to a topic are delivered to one consumer within each subscribing consumer group. Consumer instances can be in different processes or on different machines.

The partition of logs are distributed over the servers in kafka with each server handling data and requests for the sharing of partitions.

Each partition has a server which acts as the "leader" and rest all servers acts as "follower". Leader handles all read and write requests for each partition while the followers actively replicate the leader. If the leader fails, one of the followers which contains the exact copy of the failed server will automatically become the new leader.

Kafka MirrorMaker is a standalone tool which replicates data between two or more apache kafka clusters. Data is read from the topics in the origin cluster and written to a topic with the same name in the destination cluster. You can run as many mirroring processes to increase throughput and fault-tolerance behaviour.

It is a highly scalable messaging que application. It scales easily and quickly without incourring any downtime.

It is durable because Kafka uses Distributed Commit Logs, which means messages will persist on the disk very fast.

There are variety of ways by a which an application can connect with kafka to generate data. In addition kafka provides various ways to write a connector to establish a connection as needed by the user. 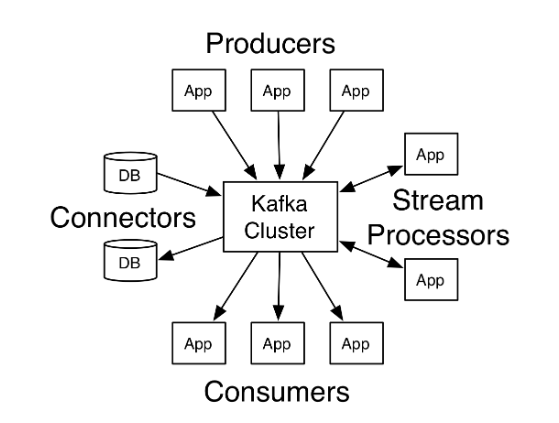 Nuts And Bolts of kafka

Kafka uses zookeeper to use leadership election of kafka broker and topic partitons. Zookeeper manages and sends all the changes made to the topology of kafka so that each of its node when a new cluster joins them. The main functionn of zookeeper is to track the status of the kafka cluster nodes.

It is simply the named stream of records iswhat we call kafka topic. A topic in kafka is a category, stream name, feed. These topics are broken up in smaller units so as to increase the speed of execution, scalability and size as well.

A Kafka Producer is an application that acts as a source of streaming data from any application in a cluster. In order to genemrate message/tokens and publish it in one or more topics in kafka cluster, we use kafka producers.Producer API packs and send the message to kafka cluster.

A kafka consumer is an application subscribes to a topic in kafka cluster and then furter feeds on the tokens from kafka topics. It uses a heartbeat protocol to show its availiability to the broker coordinator(zookeeper).

It is also known as kafka server. Basically a broker is a mediator between the two.
In this case kafka broker is the one who establishes the connection between kafka Producers and Consumers. A single broker of kafka can handle the high read write requests(i.e Thousands of I/O requests per second).

It is a container in which all brokers coordinates with each other to handle the high read write requests for each topics, partitions.

Architechture of a simple Kafka cluster 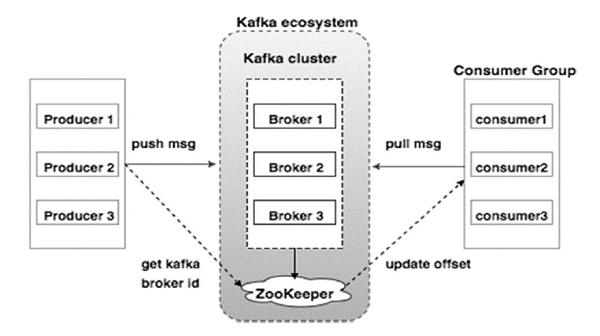 if kafka server doesn't start, it is possible that your Zookeeper instance is not running. zookeeper should be up as a deamon process by default; we can check that by entering this command in terminal..

if zookkeeper is not up then we can start it by

Here is the Snapshot of a basic Kafka cluster running .. 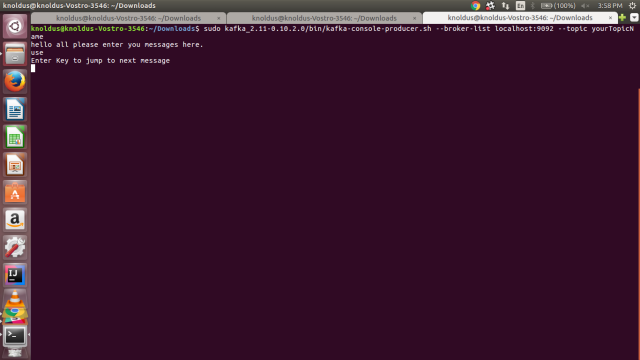 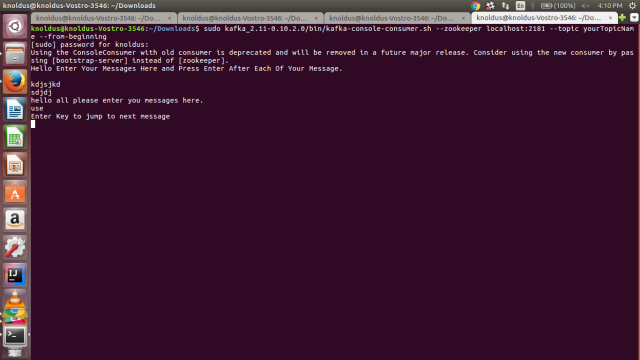 For basic Kafka Commands you can visit our GithHub repository Here

Let's see how AJAX works. Using PHP along HTML and Javascript, we will understand how AJAX is an efficient technique for accessing web servers from a web page without having to reload the web page. Goodbye traditional post requests !

In this article, we take a look at different ways to initialize a vector in C++ Standard Template library including ways to use predefined array and vector to define a new vector.