In this article, we have explained MVC pattern in iOS apps in depth. MVC stands for Model View Controller which is a software design pattern to organize the software project into three parts model,view and controller

We will dive into it.

What is MVC software design pattern?

MVC stands for Model View Controller which is a software design pattern to organize the software project into three parts model,view and controller.

The model is a data storage component of the pattern it uses a data strucutre to deal with all the UI independent data.It also directly manages the rules and data of the application.

The view is the user interface through which user interacts with the application. It includes UI components like buttons,tableview,collection view etc.

The basic functionality of MVC is shown below 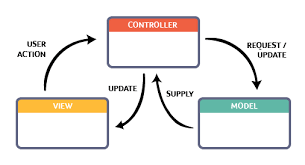 We are going to create a Quiz app which uses MVC patter where all the questions along with their answers will be stored in model layer.The UI will display the question which is fetched from Model layer by using Controller. 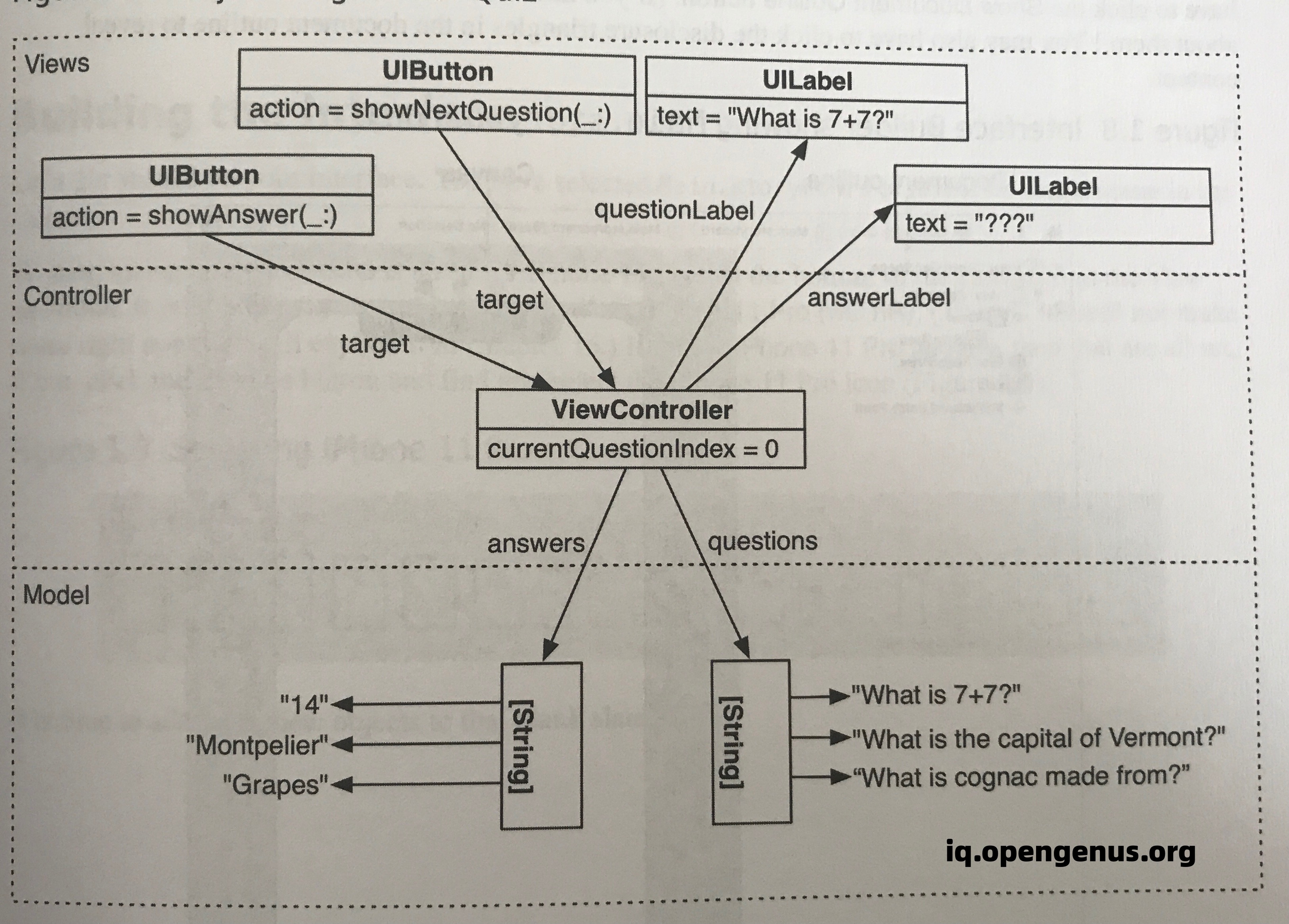 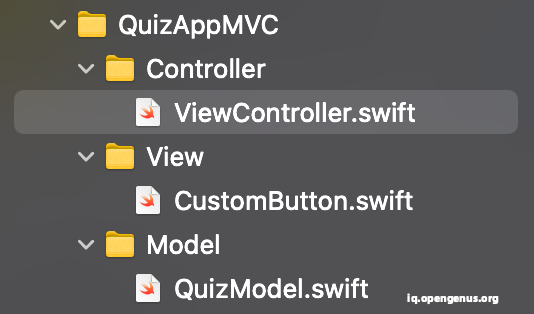 This structure holds two array one for question and another for answers.Here we use a singleton object to interact with them through the controller.

Here we define custom properties for UIButton by sub classing the UIButton class.

Here we define the core function of the app. This file act as the controller. It receives user interaction with Views using IBOutlets and IBAction and send the user request to model and fetch data from model and update the view with the data.

All set now build the project and run it in the simulator. 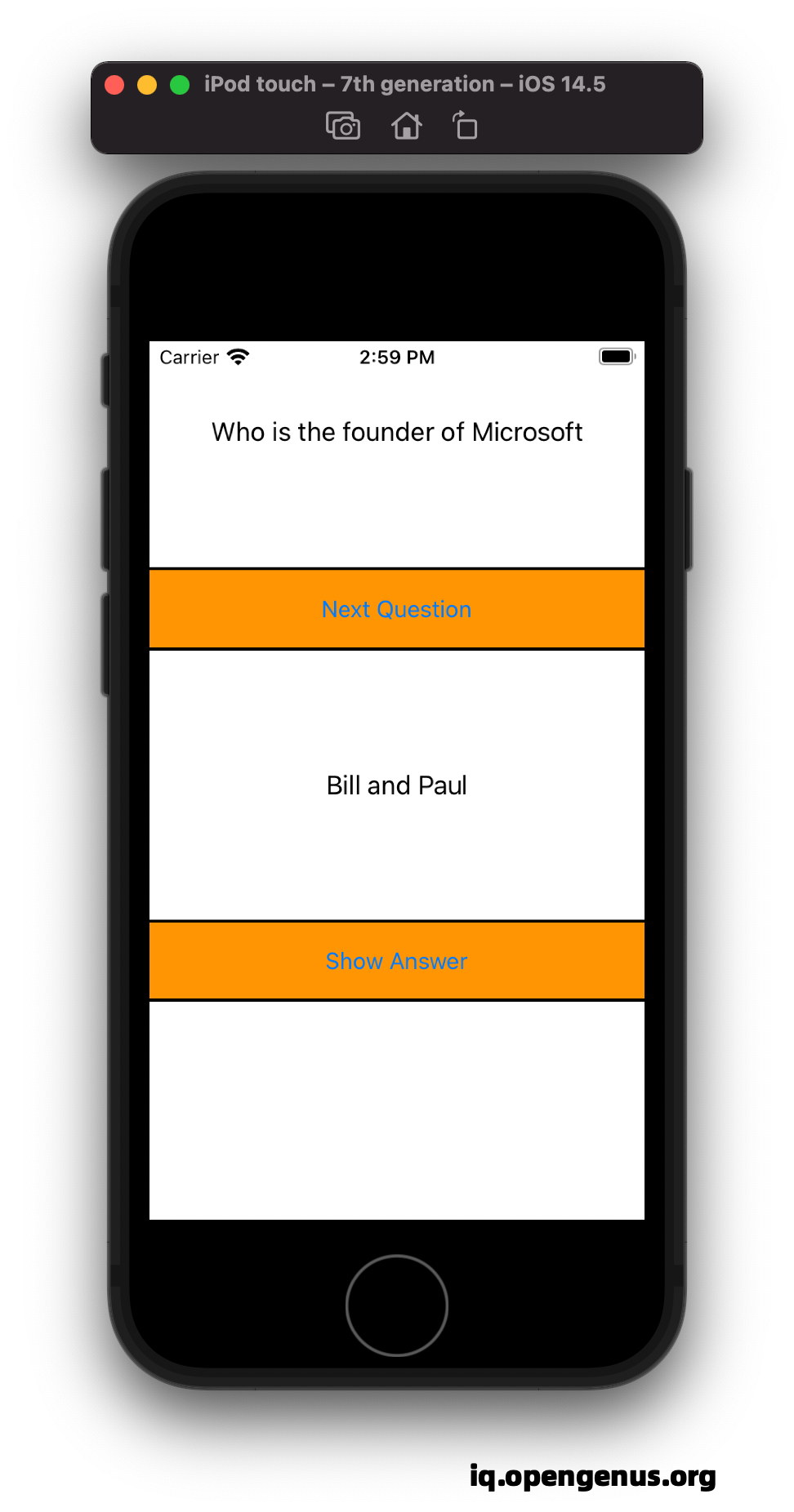 Let's end this article with a quiz

With this article at OpenGenus, you must have the complete idea of MVC pattern in iOS apps.

We have explained how an Arithmetic Expression (like 2 * 3 + 4) is evaluated using Stack. We have presented the algorithms and time/ space complexity.