There is no need for a privileged master repository, though teams have it by convention, for doing continuous integration. 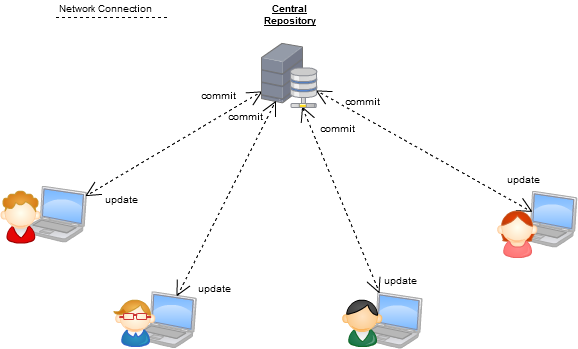 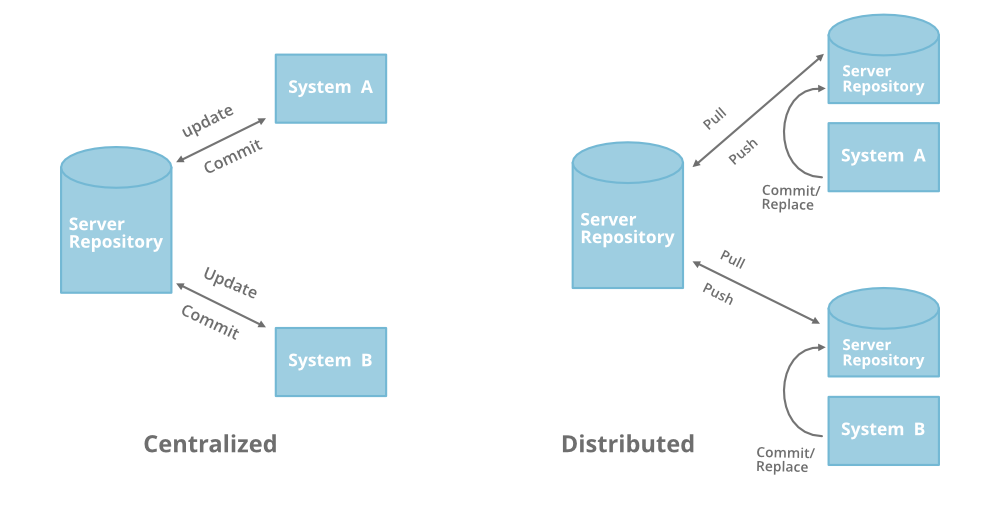 Almost all version control tools offer a private workspace. In CVCS, developers get a working copy of the files, which acts as the private space. With DVCS developers get the complete repository as a private copy, which is the most important point to note about DVCS.

This private workspace provides an added advantage in the sense that the developers never have to think about coordinating with others during the development. When there are multiple developers in a team, the situation becomes complex. Normally, version control systems take this responsibility of managing the complexities. With the private space in DVCS, a developer gets a feel that he/she is working alone on the project, for at least a while. Developers have the flexibility to do anything within their private workspace, without affecting the workflow of other developers.

Branching is easy as compared to merging. Branching is like two people going off in their own directions and not collaborating.

The reasons are as follows:

For CVCS, the server with the central repository needs to be powerful to serve needs of the entire team. For a team of 10 people, this is not an issue. For larger teams, the hardware limitations of the server can be a performance bottleneck. Some systems expect the server to do a lot of work. It can be challenging and expensive to set up a server to support thousands of users.

A DVCS has much more modest hardware requirements for a central server. Users don’t interact with the server, they do so in case they need to push or pull. All the changes happens on the client side so the simple server hardware can serve it's purpose. In DVCS, it is also a possiblity to scale the central server(by turning it into a server farm). Instead of using one large server machine, we can add more capacity by adding small server machines, and then using scripts to keep them all in sync with each other.

With this, you have a good understanding of Distributed Version Control Systems (DVCS). Enjoy.

Connect with the Author, Kshitiz Saini on LinkedIn and Twitter.

Agile Development is a development strategy where the focus is to rapidly develop the software based on user requirements and constantly monitor different parts of it. It is flexible when compared to other approaches.

Rapid Application Development (RAD) model is a software development practice which focus on minimizing the time spent on prior planning of features and develop the initial version of software quickly and improve it constantly according to user feedback and situation.