The popular feline Schrödinger's cat which is in the state of being alive and dead at simultaneously in the box involves the paradoxical world of quantum in it. We all can agree that whenever quantum gets associated there are unexpected and magical things that tend to take place. The new era sees the revolution in the world of computing with incorporation of the quantum phenomena.

The mixing of a complex spectacles like quantum with something as necessary as coding and computers has opened a new sphere full of possibilities and opportunities. Quantum Computing is the trending technologies which is in spite being under development has shown tremendous potential.

It shows promise on fields like medicine, artificial intelligence, machine learning, algorithm solving and much more. It's a miracle in building.

Structure of a Quantum Computer 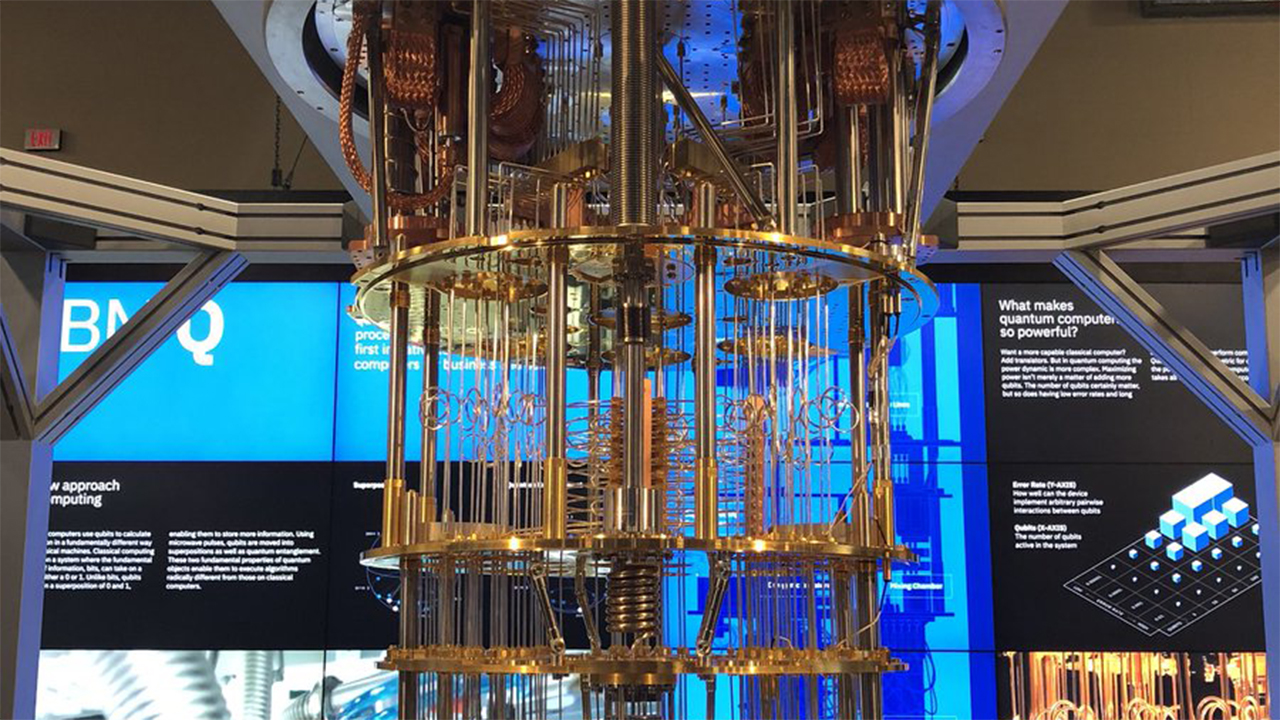 This is what a quantum computer looks. It is a 50-qubit chip computer built by IBM. Something out of the ordinary.

The classical and quantum have several similarities and differences.

The classical computer uses transistors to have a high (1) or low (0) voltages and store information, the quantum computer uses quantum mechanics to achieve something similar.

The quantum field effect transistor (QFET) is a MOSFET which uses quantum phenomenon of propagating waveform through a barrier. By doing so the the speed of transistor increases 10x and power consumption decreases 10x.
These MOSFETs are also made of dielectric materials.

Just like classical gates make up the digital circuits, quantum gates are the building blocks of quantum computer. Quantum logic gates have the ability to perform all the logical operation performed by classical logic gates and are also reversible in nature.

They are represented by unitary matrices.These are two orthogonal matrices.

These are the quantum logical gates. Combination of these gates makes circuit composition. 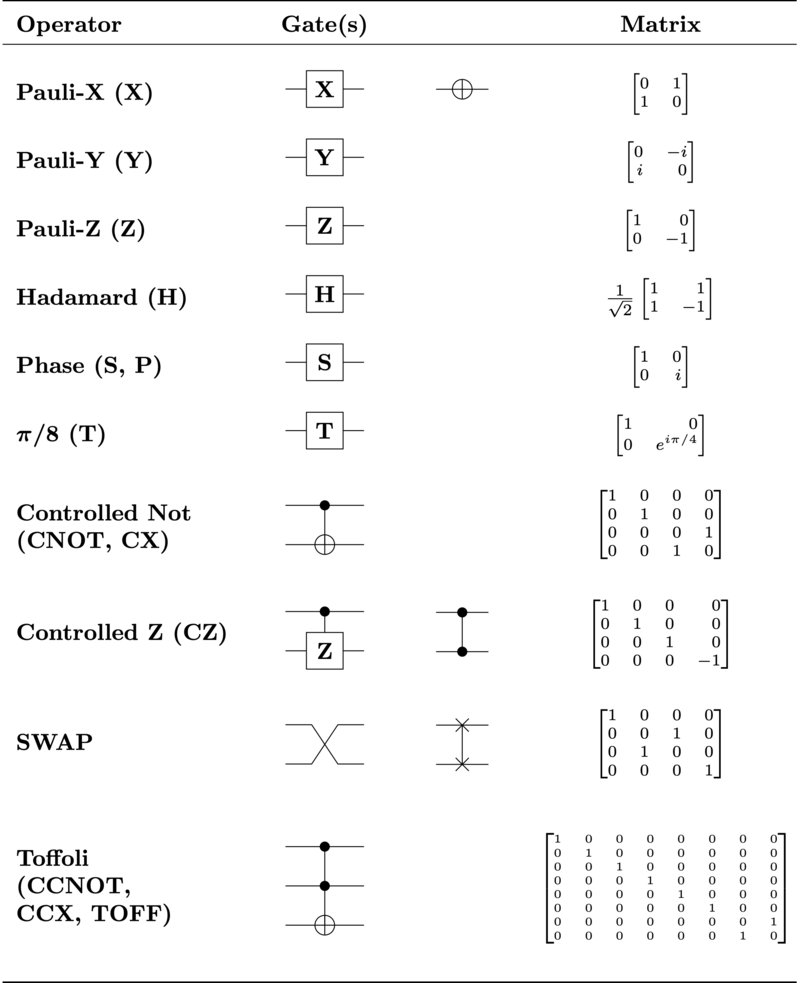 Some of the important quantum gates:

The quantum phenomena used in computing includes the concept of superposition and entanglement.

Quantum superposition refers to the existence of several discrete states at the same time. Such remarkable characteristic allows flexibility and qualities which makes quantum computing so interesting.
Example of quantum superposition: In quantum state; electron has spin up and spin down simultaneously.

The Qubit or the quantum bit is the unit of quantum information used in quantum computing.∣0⟩ and ∣1⟩ are the two level states of a single qubit. Due to the involvement of superposition the qubit can be in either of the state or both.
The qubit is much more advanced than its classical counterpart bit as it is able to store much more information. 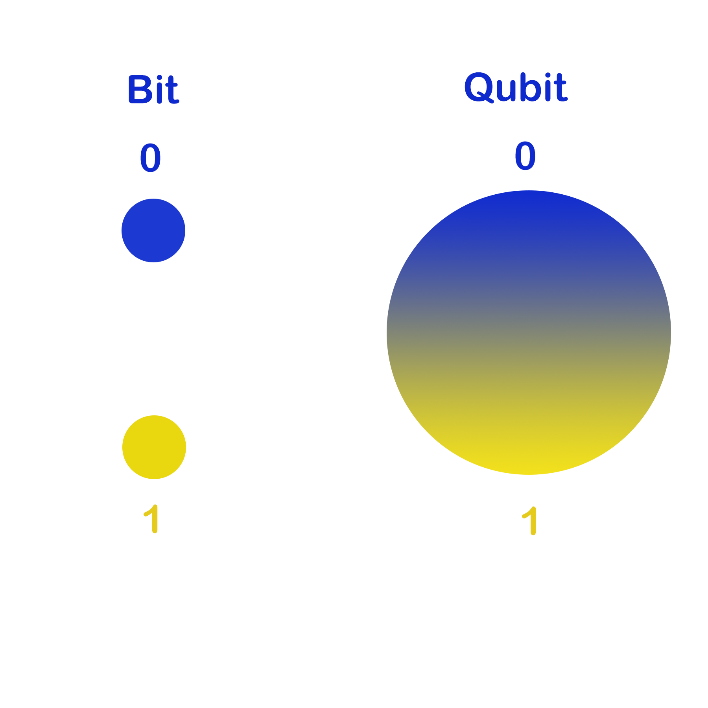 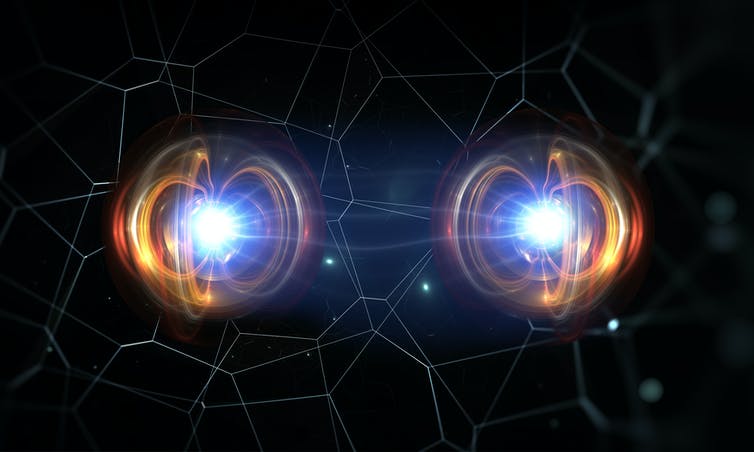 The quantum state in which all the particles of a group are entangled and interact such that each particle of the group cannot be described independently of other particles is the phenomenon of quantum entanglement. It should be noted this is irrespective of the distance between the two particles.
In Albert Einstein's own words entanglement can be called “spooky action at a distance.”
Example of quantum Entanglement: When the total spin of the system is zero and the spin of one of the particles is up then it can be assured that the other particle's spin is down. This complementary relationship seems quite obvious however in quantum mechanics such a connection arises the probability distribution.
Entanglement of qubits provides quantum computer the upper hand than the classical computer.

Here is the quantum subroutine of Shor's:

The Period Function used in Shor here a, N are positive integers with no common factors and a < N

A unitary operation takes place which finds out the eigen values. These eigen values are calculated using phase estimation algorithm.

For phase estimation a quantum gate is build using an arrangement of reversible gates like Toffoli Gates.

Here is how the circut, state of eigen values, Q-sphere look like in IBM Circuit Composer where a=7 and N=15. 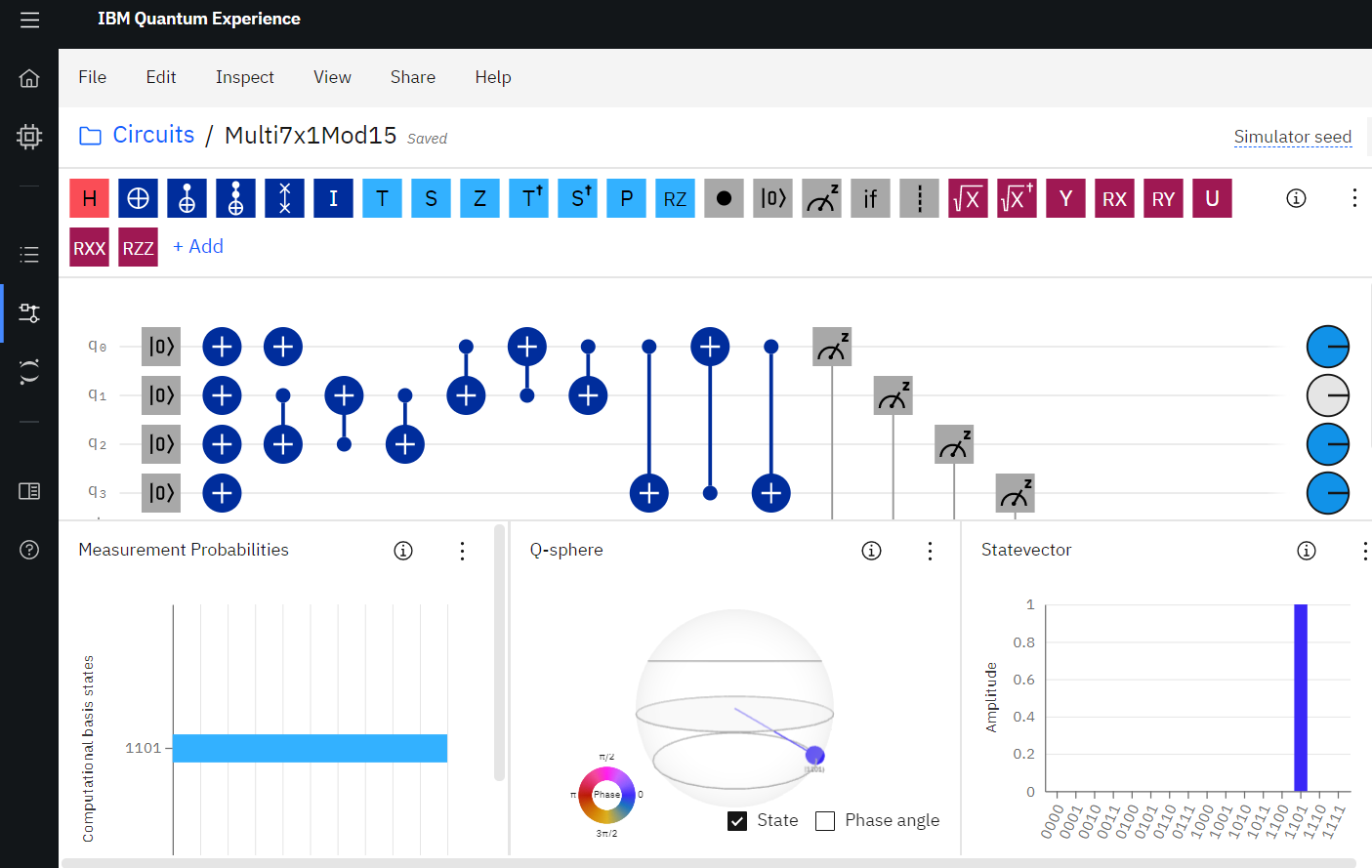 https://quantum-computing.ibm.com/
IBM Quantum Experience provides an excellent platform to learn, code and understand the quantum world. Clink on the link above to know more.

Here is the circuit representation:

Quantum World and it's Possibilities:
There is a promising future that quantum computing shows and which might change the way we live. Advancements in technology are absolute and this is what makes science and technology beautiful.

It would not be surprising to see quantum computing effecting sectors of finance, defence, cyber security and what not.

When something as powerful as quantum is worked upon it one can expect wonders.

In this problem, given a linked list and an input key value, the task is to move all occurrences of the given key to the end of the linked list.

Given a Binary Tree, we will develop an algorithm to check if it has duplicate values. This can be done in linear time O(N) where there are N elements in the Binary Tree.