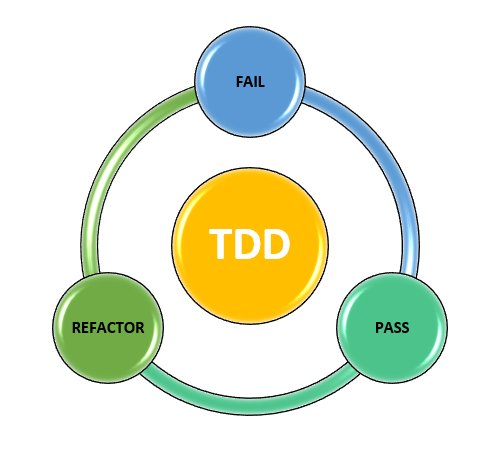 DevOps emphasizes automating as much as you can.

Test driven Development is an approach to development in which automated test cases are written first to test the desired improvement or a new function. Then minimal code is written to pass the test. Once the test gets passed, new tests are written when new functionalities are added. The code is then refactored to acceptable standards. Thus, TDD follows a very short, repeated development cycles.

The steps involved in TDD are:

There are 5 types of tests in Test Driven Development:

Benefits of Test-Driven Development are modularized, flexible and extensible code, no unnecessary code which saves a lot of time, a minimal working code in shorter time and then test cases to be extended to cover the edge cases and greater confidence in the code.

Different types of testings are used in each stage of development. Some of the methods of tests are
unit tests, integration tests, functional tests, regression test and end to end tests. 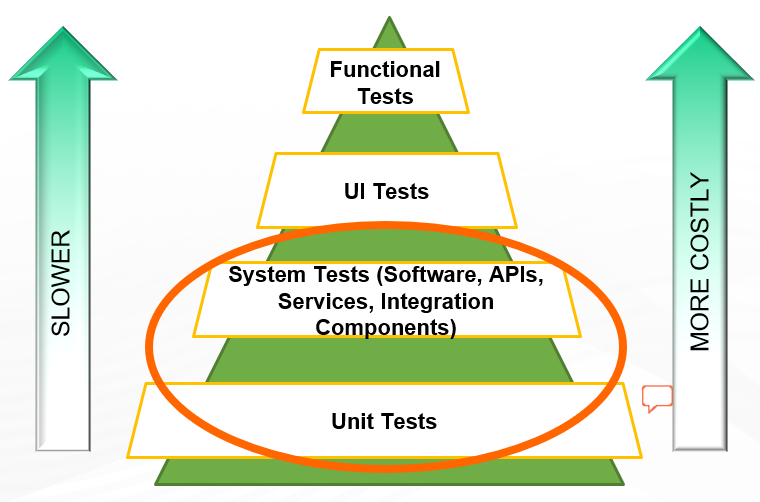 These user stories are refined with clear acceptance criteria.

Some common testing tools in DevOps are:

Jenkins:-
This is a powerful apparatus for DevOps engineers trying to support a CI/CD pipeline. Jenkins inserts with Git source control archives, for example, GitHub and licenses you basically to computerize assemble, bring the code and continuously offer new facilities.

Features are as follows:-

Gradle:-
Since 2009, Gradle has been around as a substitute to Maven and Apache Ant. Gradle is a structural device that licenses clients to code in Python, Java, and C++ alongside different dialects.

Features are as follows:-

Selenium
Selenium is used in a testing phase. It tests web applications and provides an interface for developing an automated test. it is also a free Open-source tool. we can write script in various languages for example- JAVA, Python, Javascript, etc. It is easy to build a keyword-driven framework for a web driver.

Selenium is not just a single tool but a suite of software, each catering to different testing needs of an organization. It has four components:

With this, you have the complete knowledge of testing and test driven development (TDD) in DevOps. Enjoy.

Minimum Viable Product (MVP) is a product with basic features which is launched to gain users and shape the future features based on user feedback. This enables companies to bring in new products regularly.

The only difference between strncmp and strcmp in C is that strncmp compares only the first N characters while strcmp continues until the termination conditions are met.