In today's world, data is very valuable. Every action on the computing devices generates data from which value can be derived. For example, large E-commerce companies like Amazon track our activity on their website and generate advertisements and recommendation according to our previous choices. Since data and information is valuable, we must have a secure backup of it for easy recovery in case of data loss.

Our main objective in this article is to take backup of a specified folder in Linux by compressing it and storing it in a backup directory.
For Compression we use the TAR (Tape Archive) tool.
For Scheduling the backup process, we use Crontab Scheduler.

We will cover the following sub-topics:

Create a folder where backup will be taken.

For creating the backup folder:

The Shell prompt changes from $ to # for root user.

By using the ls command to list the contents of the specified folder, it can be seen the backupfolder/ is created at the root directory.

A shell script is to be written for following tasks:

Verify the creation of Shell Script

The backup.sh file is created and it is highlighted in green color meaning it has executable permissions.

Explanation of the code: 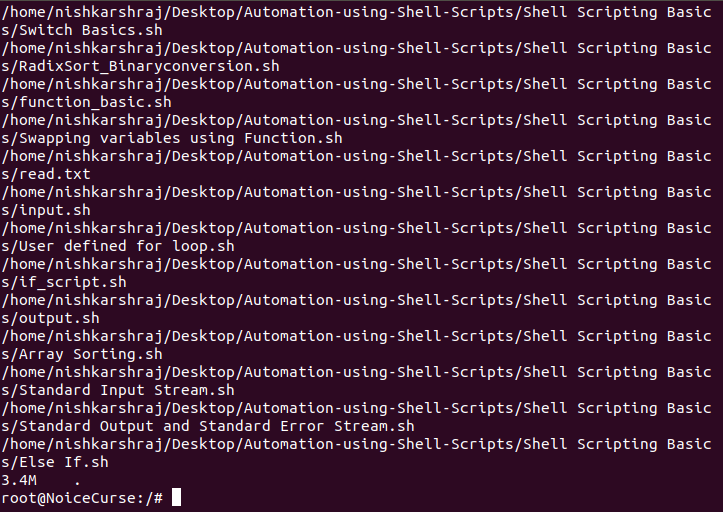 Here, the last portion of output is shown.

2. Shell Script to take backup of multiple folders in one compressed file

The first task of taking backup of one folder is ideal.
Generally, we store our valuable data and information in organized manner in different folders, thus backup for all important folders must be taken.

This can be handled easily because tar allows multiple files as input for creation of a single compressed file.

Thus, all folders specified will be compressed and transferred to the destination folder of .tar file.

Here, we statically define the folders in variables whose backup is to be taken.
All the folders are passed as argument to tar command using the $ symbol to fetch their values. 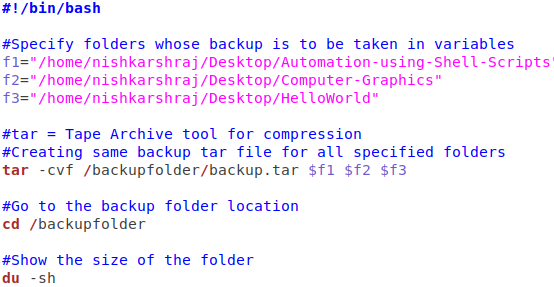 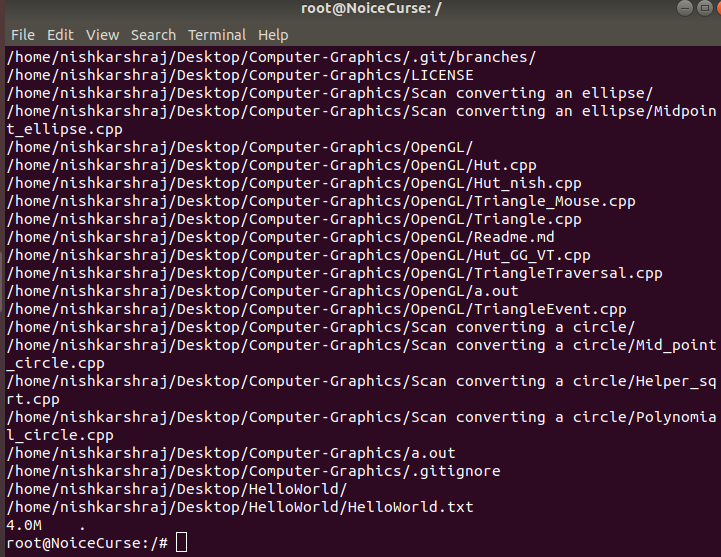 Here, the final part of the output of execution of shell script is shown.
It can be easily seen that it includes:

Till now, a common name backup.tar is used for backup of files in /backupfolder.
The biggest disadvantage of above is that the daily progress cannot be monitored and it overwrites the previous day backup.tar on creation.

This problem can be tackled by creating backup files with their day of creation concatenated at the end of their name.

The following points can be noted from the output:

Taking backup daily improves the security of the data and makes it easy to recover in case of data loss but taking backup is an overhead which requires lot of space and computing resources like space are limited and expensive.
Thus, it is ideal to delete backups after certain days because latest backups are more important and updated.

Here, we create a shell script to delete the backup.tar files that are older than five days.

Here, Crontab Scheduler is used to automatically take backup of specified folder using backup.sh shell script every day at 12 O'Clock in the afternoon.

Note: Crontab Schedulers perform their task at specified schedule given the machine is on power at that time.

Where -e tag is used to open the crontab in edit mode.

Crontab scheduler gives three ways to modify itself. Choose any one.

The Crontab file opens up.

Go at last of the Crontab and specify the command to be executed in following syntax:

The crontab executes the backup.sh file every day of the year at 12:00 pm and also finds and deletes the backup files that are older than five days.

A crontab (cronjob) is an open source utility tool supported in Linux like operating systems. Its main task is to schedule the execution of programs written in file.

In this article, we will explore different methods to copy a vector in C++ and all covered methods use deep copy that the memory address of new copy is different from the original vector.