A crontab is an open source utility tool supported in Linux like operating systems. Its main task is to schedule the execution of programs written in file. It is also commonly known as cronjob.

Note: Everything in Linux is treated as a file.

Except for the command to be executed, rest of the five parameters can be replaced with the character * which means for all.
Example: Specifying the first field, minutes, as * means the command will execute every minute.

Syntax for Crontab on command line:

-l: This option is used to display content in the crontab 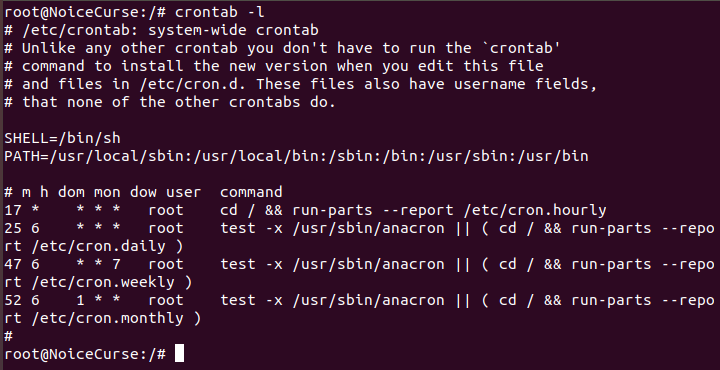 -u: -u command is used to replace/tweak crontab for the user with another file. 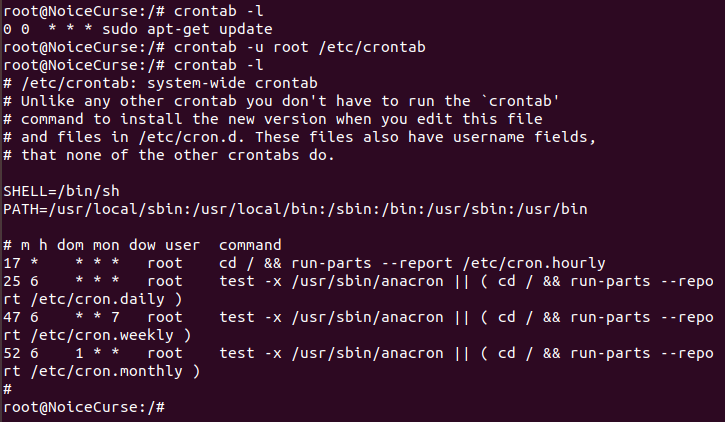 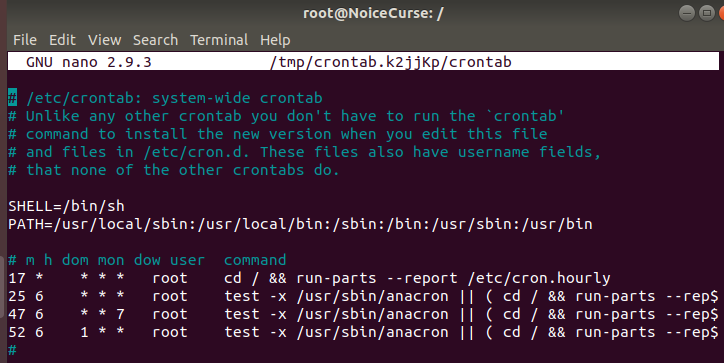 Here, crontab file is opened in the nano editor.

-r: Removes the crontab file for the current user. 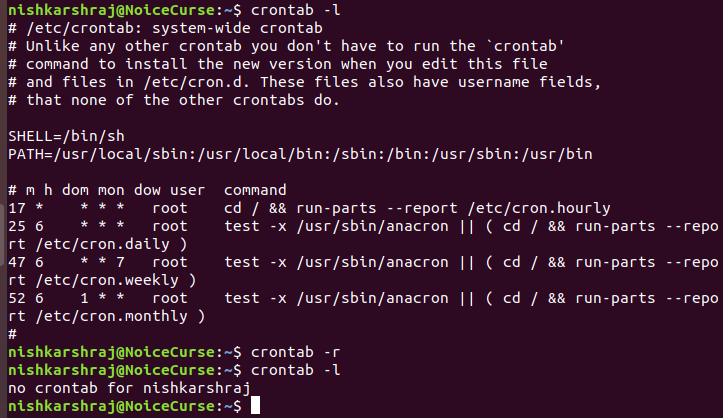 Every user has their own crontab file consisting of multiple scheduled tasks.
The crontab file for each user exists in the /var/spool/crontab directory with crontab file name same as the user name.

On viewing the crontab file using a text editor, we see the following: 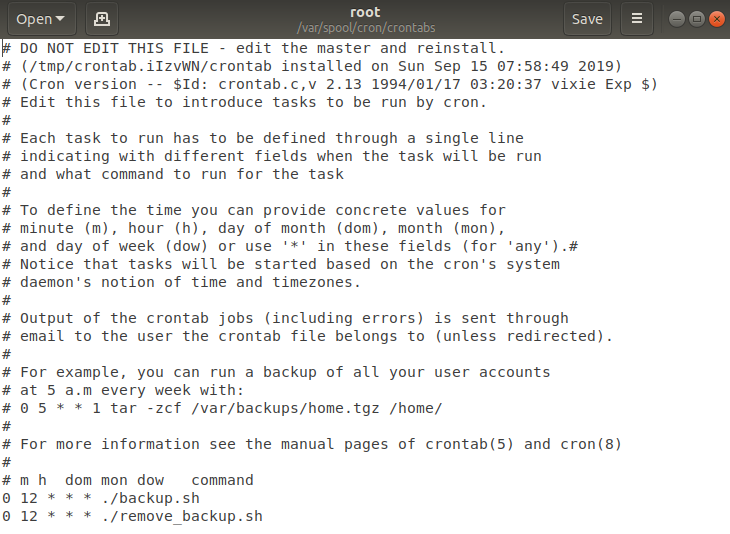 In the crontab file:

It consists of the following files for crontab:

1. cron.hourly: Executes the specified programs every hour at 0th minute

2. cron.daily: Executes the specified programs every day at 00:00.

3. cron.weekly: Executes the specified programs every sunday at 00:00.

4. cron.monthly: Executes the specified programs on 1st day of every month at 00:00

5. crontab: System command crontab for system scheduled tasks.
Note: It must not be changed as it handles system tasks.

6. cron.d: It contains the list of commands specified by the root user that cannot be scheduled by a user using crontab and also stores the system crontabs.

As seen in the /etc folders, the system provides us to place files in special cron files which execute monthly, daily etc.
We can also define such schedules in the main crontab file using extensions prefixed by @ symbol. 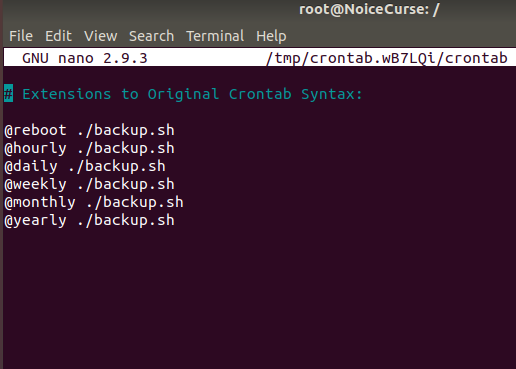 Our main objective in this article is to take backup of a specified folder in Linux by compressing it and storing it in a backup directory.