The physical memory of the system is limited, and the demand for memory is changed. The more dynamic the program is, the more important the memory management is. Choosing the right memory management algorithm will bring about obvious performance improvement.

First of all let's know :

jemalloc is a general purpose malloc implementation that emphasizes fragmentation avoidance and scalable concurrency support. jemalloc first came into use as the FreeBSD libc allocator in 2005, and since then it has found its way into numerous applications that rely on its predictable behavior.

What does jemalloc do?

The JVM (like any other process) will call the C runtime malloc function in order to allocate memory from the operating system and then manages the heap for the Java application. Jemalloc is another malloc implementation, and has a great tool called jeprof which does memory allocation profiling which allows us to visually trace what is calling malloc.

How jemalloc is different from malloc?

When we use jemalloc, performance decrease, but memory "fragmentation" decreases as well. Jemalloc also seems to use less memory on the peak, but difference is 5-6%.

What I mean with memory fragmentation is as follows.

In standard malloc, usage is almost like on the peak.
Conclusion - With jemalloc usage is minimal.

What are the benefits? 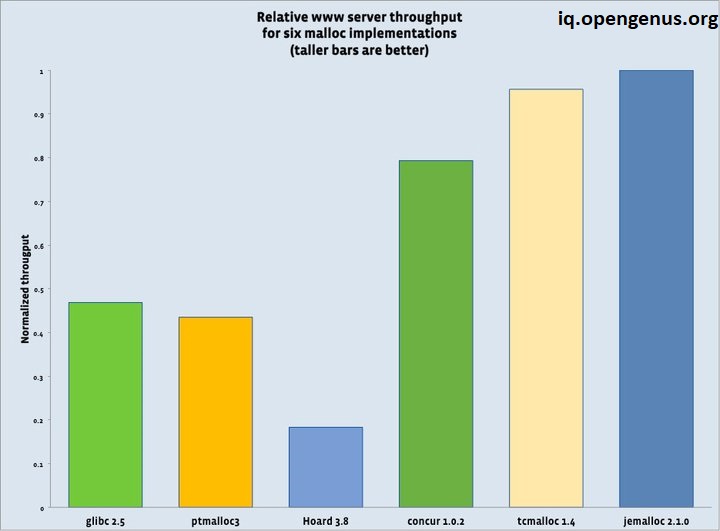 Now, it's time for bonus information.

Tcmalloc is a memory management library open sourced by Google as a replacement for glibc malloc. Currently used in chrome, safari and other well-known software.
According to the official test report, ptmalloc requires about 300 nanoseconds to execute malloc and free on a 2.8GHz P4 machine (for small objects). The same operation of the TCMalloc version takes only about 50 nanoseconds.

tcmalloc vs jemalloc - Jemalloc is slightly more performant in general, as well as creating less heap fragmentation over time.

Now it's time to have fun by answering a simple question.

Which is better among these in accordence with performance comparision?

jemalloc
tcmalloc
ptmalloc
None of the above
jemalloc is the best!

NASNet stands for Neural Search Architecture (NAS) Network and is a Machine Learning model. The key principles are different from standard models like GoogleNet and is likely to bring a major breakthrough in AI soon.