There was this time I made a pizza and wanted to put a fancy photo of it on social media. So I blurred the background to make it look posher. The one on the left is the original and the one on the right is blurred. 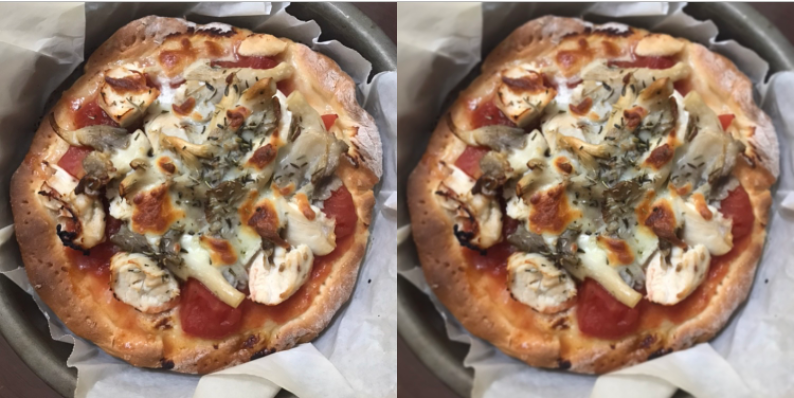 This article unfortunately does not examine how to make the pizza, but will ask the other important question - How does blurring the background work?

What is a blur filter?

A filter takes an image, processes it and returns an output. In this case, the processing is the blurring.

What is a Gaussian blur filter, specifically?

Gaussian Filter is one of the most commonly used blur filters in Machine Learning. It employs the technique "kernel convolution".

This filter works by taking a pixel and calculating a value (similar to the mean, but with more bias in the middle). The filter is constructed based on the normal distribution, which is shaped like a bell curve. The idea is that pixels closer to the center pixel have a larger weight and those further a way a smaller weight. 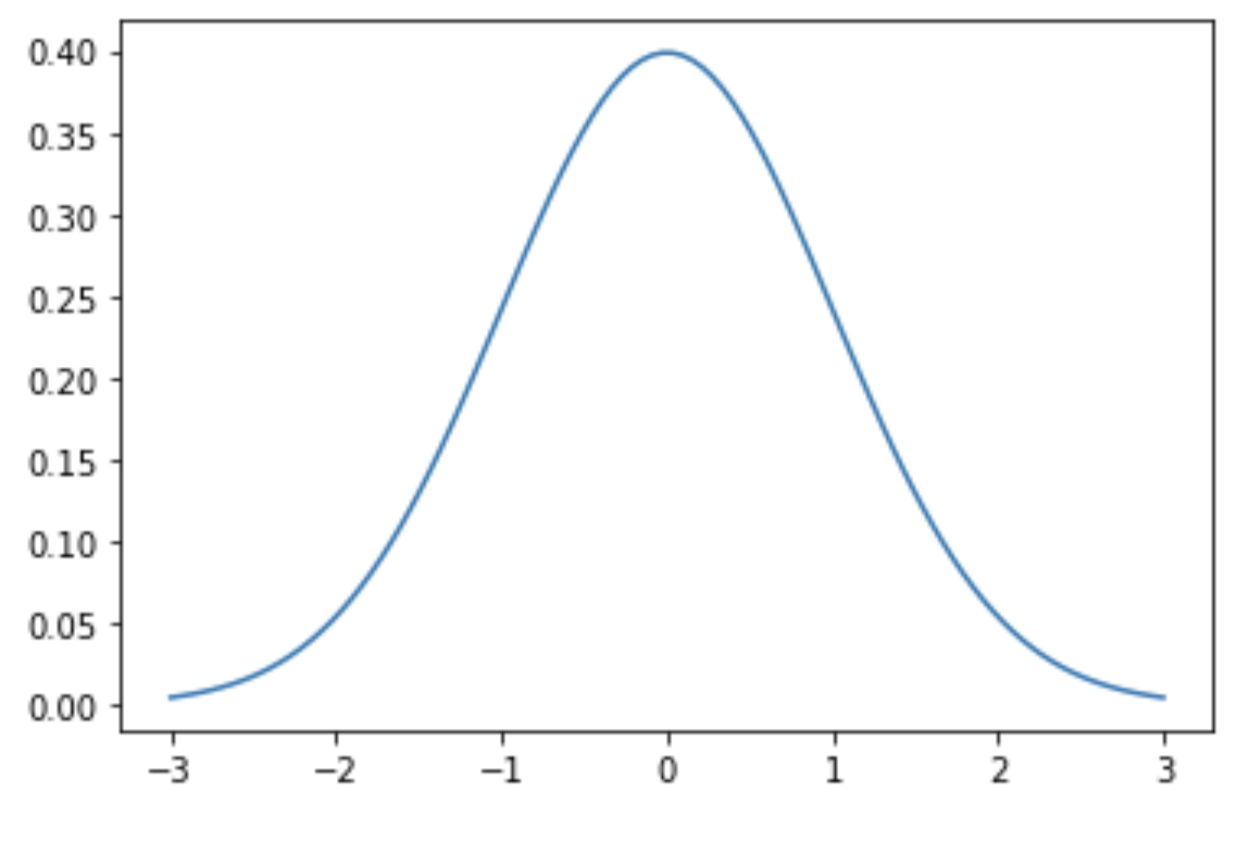 A sample Gaussian filter would be as such: 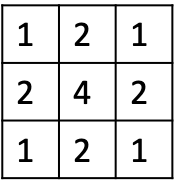 Note that the values closer to the middle (in this case represented by 4) are larger than those further away. 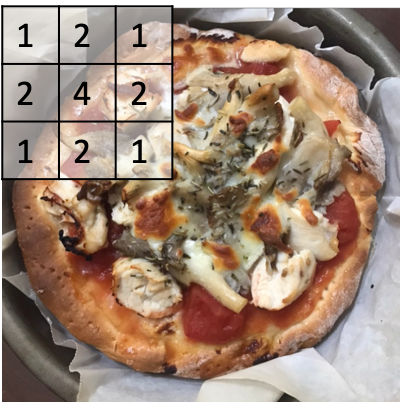 This is because the Gaussian filter calculates a value which replaces the number at the middle of the cell, in this case the '4'.

What are the aspects of a Gaussian blur filter?

One can adjust the standard deviation and the size of the filter to influence the results.

How long does it take to run the Gaussian blur?

This depends on the size of the image and the filter relative to each other. If the image is large but the filter is small, it is obvious that the processing time will be longer time.

What is the mean blur and how does the Gaussian blur compare?

Let's take the case where we are no longer working with a pizza, but simply a square with a different coloured corner: 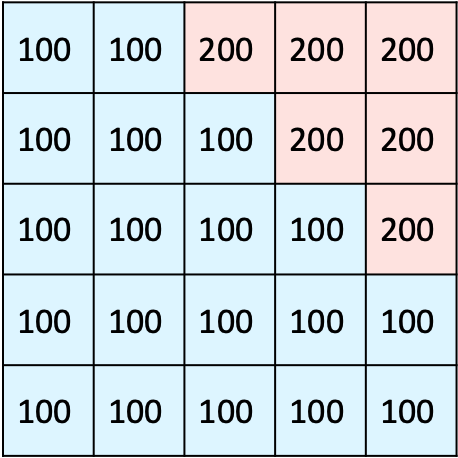 We start by placing the filter as such: 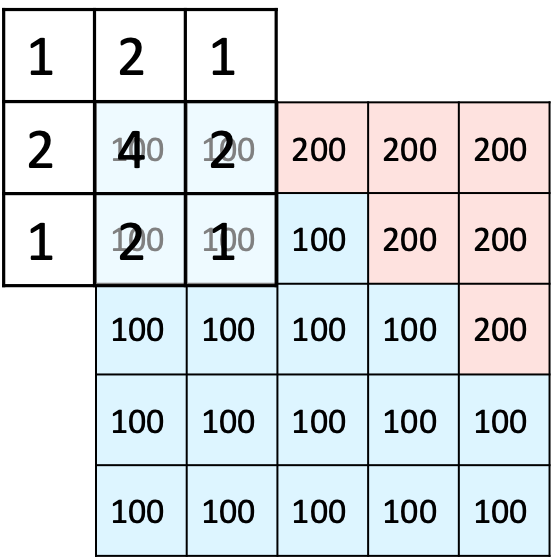 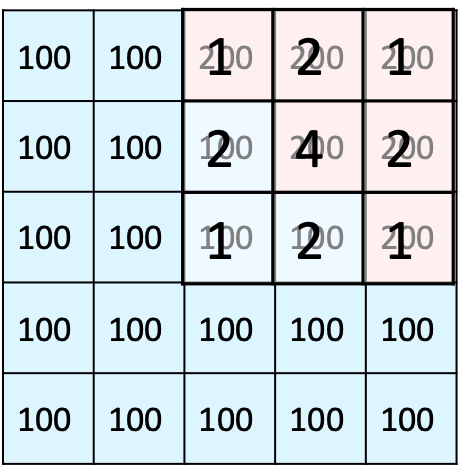 Code: how can the Gaussian blur be implemented in Python?

Step 1: import all the relevant libraries

We need skimage to implement the Gaussian blur (this is an inbuilt filter!) and ImageViewer to open the image.

Fairly self-explanatory, here we define img to be the image to be read and "test" as a function that opens the image.

The blurred image is created as a new image, otherwise the calculations will be inaccurate as the numbers keep changing!
Here the skimage.filters.gaussian function takes 3 arguments,

Step 4: Check the Image
Launch ImageViewer to see what has happened to the image! 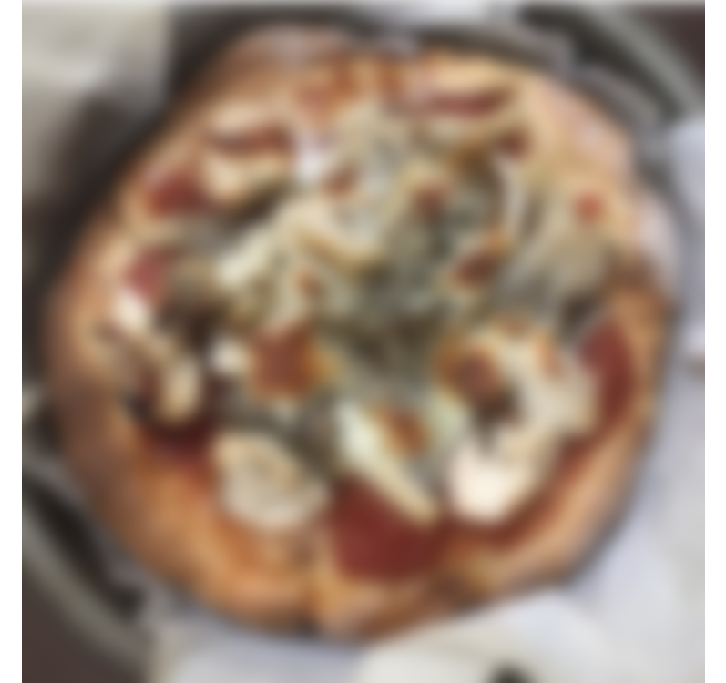 The high sigma values yield this pizza - we can still make out that it is a pizza, but barely. High sigma values are preferable if you are not very good at placing your toppings aesthetically and still want to upload the photo to social media. However, if you've burnt your pizza, the blur can't save it because the black will still be there.

How is the Gaussian blur useful in daily life?

Its main purpose is removing noise from images. This means it is very versatile and can be the base for a photo editing filter for example or just to prepare images for further processing.

The Gaussian blur is a type of image processing that applies a filter on an image. This filter takes the surrounding pixels (the number of which is determined by the size of the filter) and returns a single number calculated with a weighted average based on the normal distribution.

Circular Linked list is a complex form of a linked list data structure as within a circular linked list the last node points to the first node of the list. We have covered it in detail with all operations and implementation in Java.

is the header for the General Purpose Standard Library of C programming language which declares a variety of utility functions for type conversions, memory allocation, process control and other similar tasks.