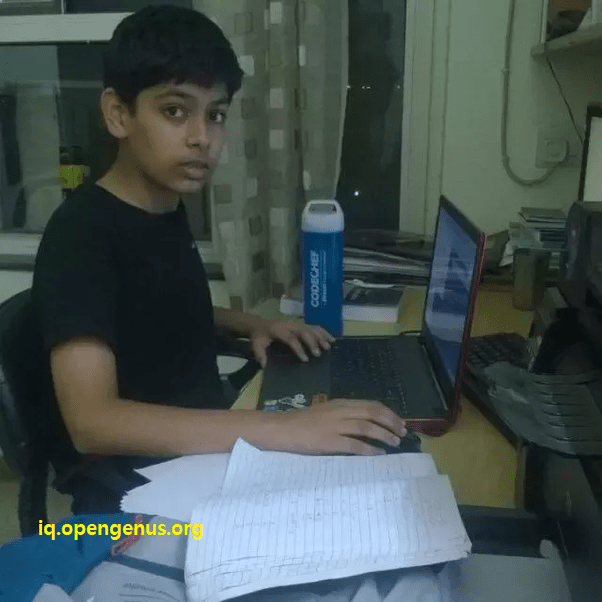 His success is all due to consistency and proper guidance at an early age.
He is an inspiration to all programmers in the World who are in their teens and want to start early and achieve success.

Some of his achievements:

He started his Competitive Coding journey from mid 2016 and has reached the top in India in just 5 years.

He is Udit Sanghi.

He is originally, from Kanpur in India and studies at Bhavan Vidyalaya (High School at Kanpur). He will enter an University in late 2021.

In July 2016, he attended an Introductory workshop to competitive programming in IIIT, Delhi. At that time, he participated at IIIT, Delhi's contest named Procon Junior and managed to secure the second position.

He focused on learning C++ and particing standard problems.

He participated in INOI in January 2017 but failed to clear it.

Next year, in class 9 (2017), he cleared INOI. He achieved the 5th position at IOITC 2018.
He practiced Competitive Coding problems for 3 years continuously and did not focus on anything else. This was from Class 8 to 10.

He started getting demotivated as he was not winning competitions so he started preparing for IMO and Google Code-In. In Google Code-In, he stood 3rd while prizes are given only to top 2.

Soon, he returned back to Competitive Coding and achieved great success this time.

Udit Sanghi participates at CodeForces more actively than in other platforms.

Class 6 and 7: Learnt standard Algorithms and Data structures
Class 8: Solved all the past year ZCO, INOI problems, and a lot of DP, graph problems on Codeforces
Class 9: Participated in various competitions all year
Class 10: Continued practice but got distracted
Class 11 and 12: Kept focus on Competitive Programming and achieved a lot.

He is, currently, in Class 12 and looks forward to enter an University to continue his Competitive Coding journey.

His father is a well renowned Computer Professor which makes sense how he got introduced to Programming at a early age. Guidance is crucial to make early accomplishments.

His father is Dheeraj Sanghi.

Dheeraj Sanghi is the Director at Punjab Engineering College (PEC), Chandigarh as of 2021. His education background includes:

He was worked as a Programmer at BELL laboratories, Director at LNM Institute of Information Technology, Jaipur (for 2 years), Visiting Researcher at University of Maryland, College Park, MD and Professor at IIT, Kanpur.

We presented an introduction to iOS development and how to build a basic iOS app using Swift and UIKit in the process by setting up our environment.