KMP_HW_SUBSET is an OpenMP environment variable that is used to control the distribution of hardware threads across machine topology. This gives finer control compared to OMP_NUM_THREADS.

KMP_HW_SUBSET should be used in the following cases:

It is advised not to use OMP_NUM_THREADS when KMP_HW_SUBSET is being used. If conflicting values are placed in the two environment variables, the behaviour can be unexpected. 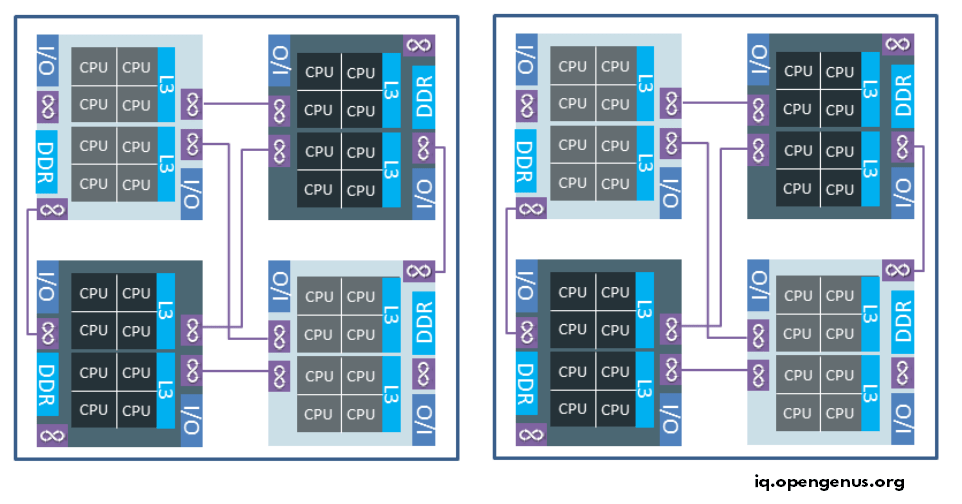 The above image has:

Note the topology varies across system so you need to check topology of current system to use KMP_HW_SUBSET effectively.

Using KMP_HW_SUBSET, we can specify how many threads to use in total and how the threads are distributed across different layers of machine topology.

For example, consider the following command:

The above command will allow the system/ OpenMP to use:

We can specify NUMA nodes as well (if system supports it) with n option:

The above command will allow the system/ OpenMP to use:

If an option is not specified, it is assumed by the system that all available resources in the skipped layer is used. For example, in the following command:

We have specify two more options seperated by colon (:):

These are used as follows:

Try out different combinations and check which one gives the best performance with your system.

The border-radius property in CSS allows you to round the corners of the outer edge of an element. Through this property, it is possible to round all the corners or just selected corners according to the desired shape.

In this article, we have explained RefineNet Model in depth which is a deep learning model used for Semantic Segmentation.