Testing software is the fifth phase in the Software Development Life Cycle(SDLC). We test software to ensure safety, security, product quality, no bugs are present, usability, etc. In this article, we learn about black box and white box testing. 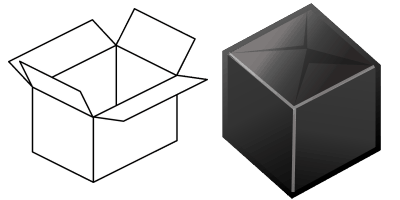 In black-box testing, we perform tests without any knowledge of the internal functioning of the application. On the other hand in white box testing, the tester/developer understands the underlying logic of the system and therefore creates tests from that knowledge.

This is software testing whereby we test an application without having any knowledge of the underlying logic.

Take, for example, using a web application without any knowledge of the logic and functionality. Another example is using a mobile phone or mobile application without knowing how it is built or how the components interact with each other. In this case, we just need to know how to make and receive calls, send messages, power it on and off, and other basic tasks.

In the above two cases the web application, mobile phone, and mobile application are referred to as AUTs, that is Application Under Test.

In black-box testing, we use automated testing tools that record and playback test cases. These tools are developed using scripting languages such as VB script, Perl, Javascript, and Python.

The following are black-box testing techniques:

Unlike black-box testing, in this type of testing, we need to have in-depth knowledge about the application. Aspects like data flow, programming syntax, etc.
Once we know the workings of the application, we can derive test cases based on that knowledge.

In most cases, the testers are mostly developers or professionals with programming experience.

An example of a white box testing scenario is taking a car to the garage. In this case, the mechanic is the whit box tester since he/she understands the system well enough to design test cases. The user is the black box tester since he/she only knows what the car is supposed to do and not how it is built. The car is the AUT(Application Under Test).

We perform white box testing to ensure all logical decisions are verified, all loops are executed within their bounds and all paths within a module are executed at least once.

Black box testing involves interacting with a system as a mystery box, meaning we don't have any knowledge of how it is built but know how it is expected to work.
In white-box testing we first understand the system then we can derive test cases based on that knowledge.

In this article, we will implement different algorithms to calculate n-th Fibonacci number.