A network is a system of interconnected computers. Devices are linked to each other with the purpose of sharing resources. The Internet is a big network that expands globally. Networks are used to provide applications like Email, World Wide Web and Multimedia streaming. Computer networks are categorized by their scale and in this article we'll discuss the types and sub-types of computer networks. 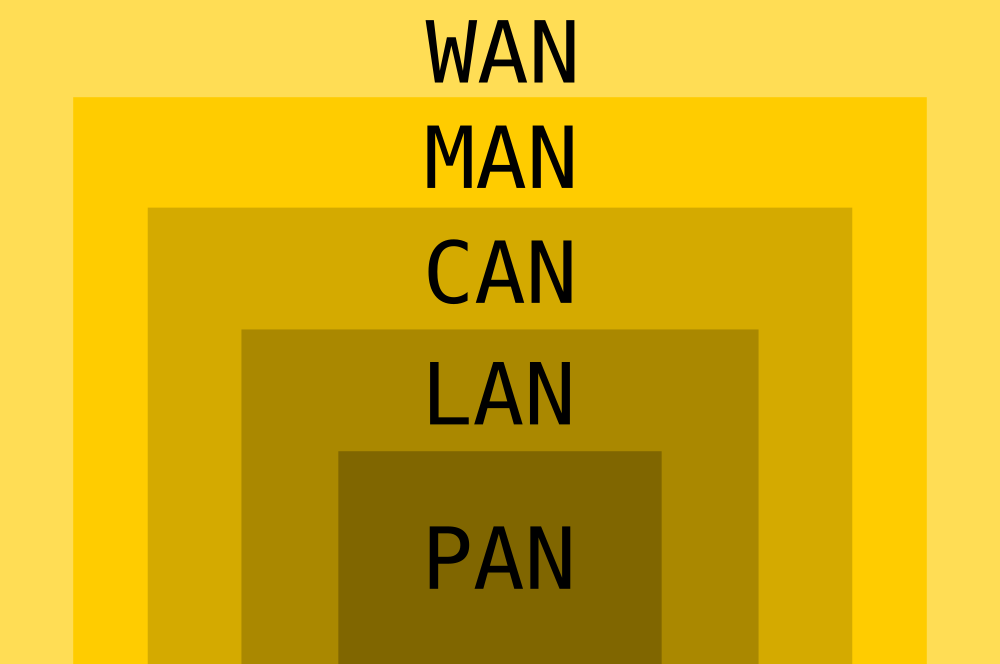 Networks are categorized by their scale. A local network (LAN) expands throughout a room or an office, while the Internet is a collection of many interconnected networks that expands globally.

A PAN (Personal Area Network) is a network used by a single user. PANs are limited to a range of 10 meters or about 30 feet. Within a PAN, an user transmits data and shares resources between his own devices. For example, a user might: 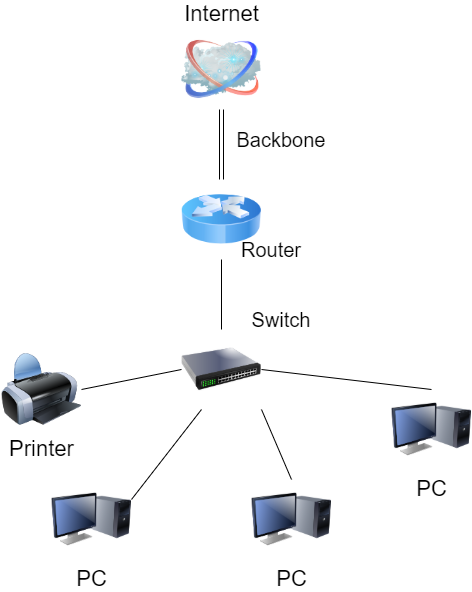 A LAN (Local Area Networks) network is meant to connect computers within a single building, like an office or home so users can share resources like printers within that space. Devices within the same LAN can easily send messages to each other.

On a LAN, wired devices are connected to:

Within a LAN, users can share resources like a printer which they connect to only when needed.

Which network type is meant to be used by a single user?

A SAN (Storage Area Network) is a network designed to share storage devices with servers (a computer which provides a service). In a SAN, Storage devices appear as locally-attached devices to the server. A SAN network is a dedicated network, it's separate from a LAN. This separation helps prevent interference in data transfer from other devices transmitting data on a LAN.

A SAN provides block-level access operations to the server, it does not provide data file abstraction. This means that servers have block-level access and they maintain a file systems as if the SAN device is a locally-attached storage device.

A server that uses a SAN network can be used to:

A backbone is the part of a network that ties one network together with another network. Corporations use backbones to connect their networks throughout a geographical area. A backbone has higher bandwidth capacity than the networks connected to it. 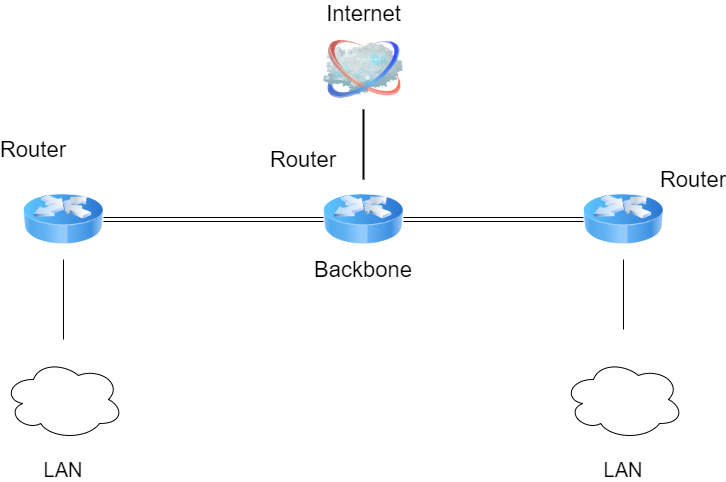 A CAN (Campus Area Network) is composed of multiple LANs of the same organization. A CAN network is bigger than a LAN but smaller than a MAN.

A CAN enable corporations and Government to: 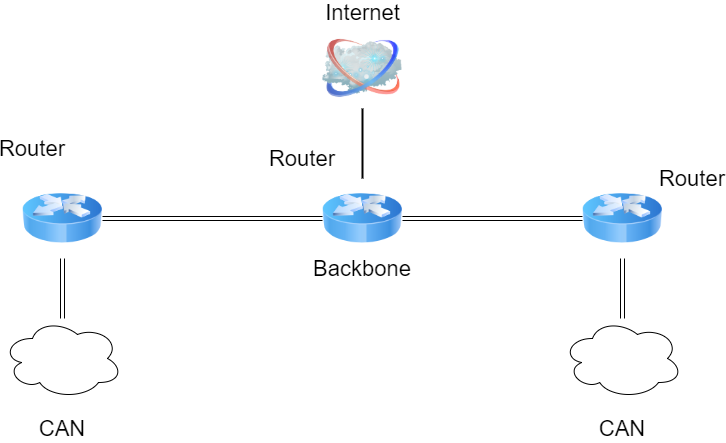 A MAN (Metropolitan Area Network) is composed of multiple CANs or CANs tied together with a backbone. Together these networks form a large network that extends throughout a larger geographic area than a single CAN does. MAN networks are interconnected through a backbone.

Using a MAN corporations and Government agencies can: 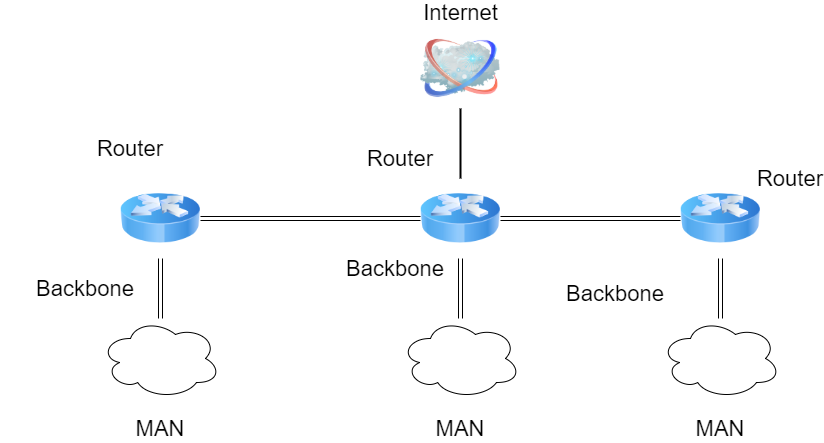 A WAN (Wide Area Networks) is composed of multiple MANs tied together so they can share resources throughout a large geographical region. The Internet is an example of a big WAN network, composed of many other networks that expand globally. CANs and MANs are interconnected using backbones to form a WAN network.

A Broadband Internet Service Provider's network (ISP) is an example of a WAN network. This network is composed of interconnected MANs in which subscribers can message other users through applications like email.

A Mobile broadband Internet service is an example of a WAN network which expands throughout a country and allows users to connect as they travel from region to region. Different Mobile broadband services also get interconnected so users can communicate among different service providers.

What type of network can expand internationally?

The Internet is a global network composed of multiple WAN networks that follow the standard Internet protocol suite (TCP/IP). It is a big WAN network that expands globally.

The Internet is formed by:

With this article at OpenGenus, you must have the complete idea of different types of Computer Networks. Enjoy.

DFS and BFS are two fundamental graph traversal algorithms and both are significantly different each with its own applications. DFS is used Kosaraju's algorithm while BFS is used in shortest path algorithms.

Structures in C++ are alternative to classes and is useful in designing a program better. It is in between array and classes. We have covered important points like difference between class and structure and need for structure.