Loop is a programming concept which is natively supported by nearly all programming languages. Loops are used to repeat a particular coding task where each repetition follows a particular pattern which can be incorporated in a code.

The concept of loops comes into picture when we need to implement/print a particular block/statement more than one time till a particluar condition is specified.
We have different types of loops :

Entry Controlled loop : Where the entry of the loop is controlled that is we have a condition at the starting of the loop.
Example : while loop

Exit Controlled loop : In this type of loop the exit from the loop is controlled that is we have a condition at the end of the loop.
Example : do..while loop 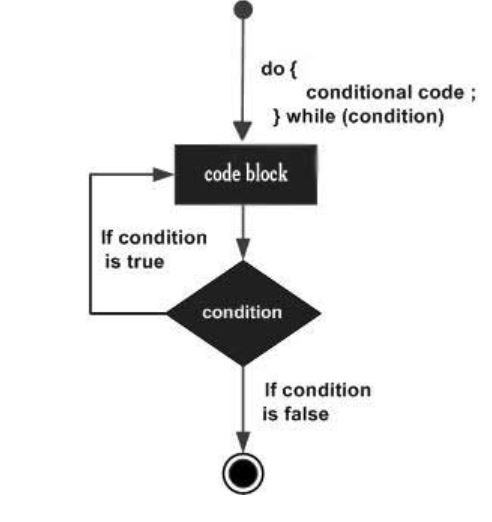 Difference between while and do...while loop

What will be the output of the above C++ program?

Run time error
1
0
Compile time error
There is a bug in the above program. It goes inside the do-while loop for c = 0 also. So it fails during runtime.
Read about for loop in C++: an alternative to do while loop

OpenGenus IQ: Computing Expertise & Legacy
—
do while loop in C++
Share this