Fusion tree is essentially a B-tree with degree wc where w is the word size and c is some constant smaller than 1. This means the a height of tree will be logwn where n is number of elements stored in the tree.

An important operation used by fusion trees is sketch which is used to compress w bit keys: 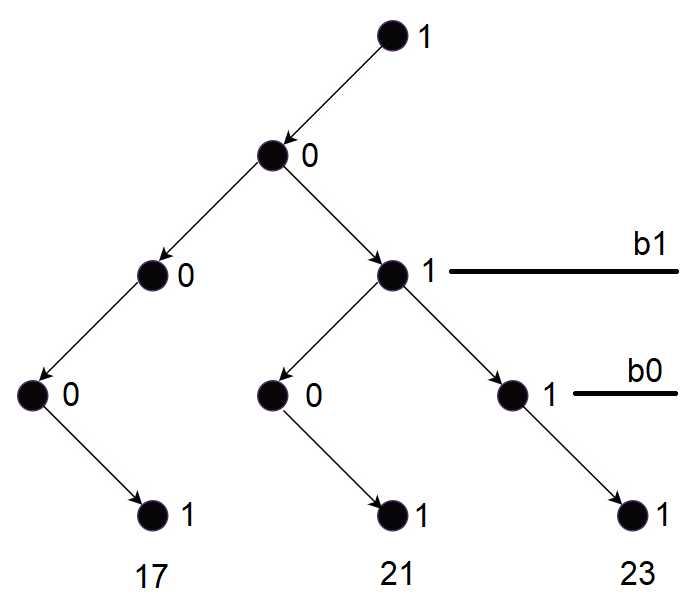 This sketch is called exact sketch.

To calculate the constant m, a inductive definition is used. Let bi, 0 <= i <= r - 1, be the distinguishing bit positions and Xbr - 1, Xbr - 2, ... ,Xb0 be set bits of the sketch of b. After multiplication of b with m, each bit at bi will be shifted to location bi + mi such that Xi = bi + mi . The word formed after multiplication must follow following properties:

Note that parallel comparison gives index such that sketch of k is tightly bound with the sketches of keys, not the keys itself.

Where N is count of values stored and W is the size of word, i.e. size of data type used to store the values. Complexity of insertion and deletion depends heavily on the strategy used to implement dynamic properties.

We have covered the commands to install git for the following operating systems: Ubuntu, RHEL, OpenSUSE/ SLES/ SLED, Windows, MacOS and Fedora. Following the installation, you need to configure git to add your username and email id to get started.