In this post, I will try to explain to you one of the most popular deep learning techniques known as Transfer Learning. We will see what exactly it is, why it works along with a Python implementation for the image recognition tasks.

What is Transfer Learning?

As per the recent advancements in technology, it has become relatively very easy to collect more and more data, which in turn requires a higher computation time for training a deep learning model. It can simply take from some hours to days to weeks months or even more :).

So, should we sit idle and stare at our laptop screens and wait for our model to get trained? NO ;) This is where the transfer learning comes to the rescue.

The most self-explained and straightforward definition of transfer learning can be referred to A process where a model trained on one problem is used in some way on a second related problem. Generally, an existing neural network model is trained on a large dataset on a problem similar to the problem that is being solved. One or more layers from this existing pre-trained model are then used in the new model trained on the problem of interest.

In the transfer learning technique, a model is trained on some huge standard dataset, which is later used for some other problem, which can be both similar or not so similar. In simple words, the pre-trained model uses its learned features on different sets of problems by transferring its knowledge. Thus the training time is reduced, and in turn, good results are achieved.

To achieve decent accuracy, it is always good to have a large dataset. But while working on a particular task, it is not always possible to have a massive quality dataset. Thus, it is always desired to have some benchmark datasets and models which already have outperformed numerous different existing models, so that we can use them as a feature extractor or for initialization purposes for our model of interest.

One famous example in the image recognition task is the ImageNet dataset, which contains around 1.2 million images with 1000 different categories. Some popular pre-trained models on this dataset are VGG16, Inception-V3, ResNet-50 etc..

Transfer learning has become a new trend in the community of Deep Learning. It can be summarized due to these reasons-

In a nutshell, these Deep Learning networks learn and try to detect edges in the earlier layers, Shapes in the middle layer, and some high-level data specific features in the later layers. These trained networks are generally helpful in solving several computer vision problems.

There exists 4 different cases if we observe a relationship between new and original dataset. As we know, CNN features are somewhat general in the starting/early layers and as we go deep down in the network more specific and complex features are learned. The four possible situations can be explained using this diagram:

Possible Approach for each case

One analogy to identify why transfer learning works so well is that if a person knows how to make tea, then he definitely knows how to boil the water.

We will see transfer learning technique for Dogs vs Cats classification. Link-

You can create a new kernel on Kaggle and execute following code to achieve a decent accuracy using VGG16.

Assiging path to data and image dimensions for VGG16 model.
A dataframe with each image path and required target(cat or dog) is created. 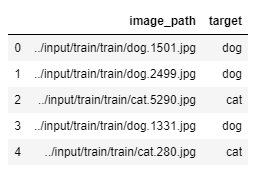 Printing target counts of both cats and dogs.

Loading the data in batches (since 25,000 images) and showing progress after every 2500 images.

Splitting the dataset into train and test 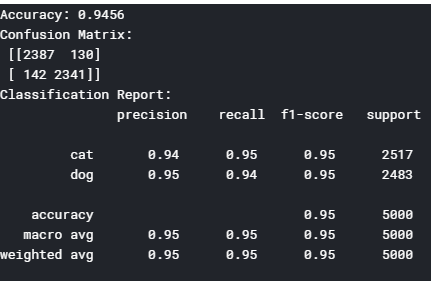 In this post, we saw how using simple series of steps we applied transfer learning technique and achieved a decent accuracy within few minutes. There exists a large number of pre-trained models,do make sure to check them out and also apply then to the same problem like ResNet50, Inception-V3, AlexNet etc. Not only for the problem of image recognition but also problems like in the domain of NLP can be solved using transfer learning like using pre-trained model like BERT.

Foo or Foobar in Computer Science/ Programming is a commonly used name for variables and functions. It has a history with MIT and DEC from 1959.

Lambda Expression is one of the newest features introduced in Java 8 release. It is an expression but in the form of an anonymous function definition.