Many may think Minesweeper is a random game but it is infact a strategy game and you can win it everytime if you know the rules involved in building it and the proven strategies to play Minesweeper.

From a computational point of view, this is an NP-Complete problem that is it will take a Computer exponential number of steps to calculate the winning move in a Minesweeper of a given size. Note that it is possible to win always but it will take some time.

Minesweeper is a very popular single player strategy game. In this article, we're going to look at the all the rules of this game and few strategies to win against it.

Minesweeper game is all about finding the patterns and making decisions processing all the elimination chances.

The goal of the player is to clear a rectangular board containing hidden "mines" or bombs without detonating any of them, with help from clues about the number of neighboring mines in each cell.

Here is how the game follows-

Minesweeper game, being a decision making problem based on the given constraints/obstacles, is a backtracking problem to an extent. After every move, the player has to estimate the risk factor of next move by measuring all the possibilities and the porbability fator of the risks. So the algorithm/computition is NP-complete for a consistent boad if we analyse the complexity. A NP- complete problem can be solved by bruteforce search algorithms in polynomial time on a non-deterministic turing machine, which is true for consistent Minesweeper board. If there is inconsistent board, the player need infinite time to cover the baord, hence not NP-complete because one can search through all the possibilities but that will take very a long time (~infinite) to do!

Let's look at few strategies and tips to play better- 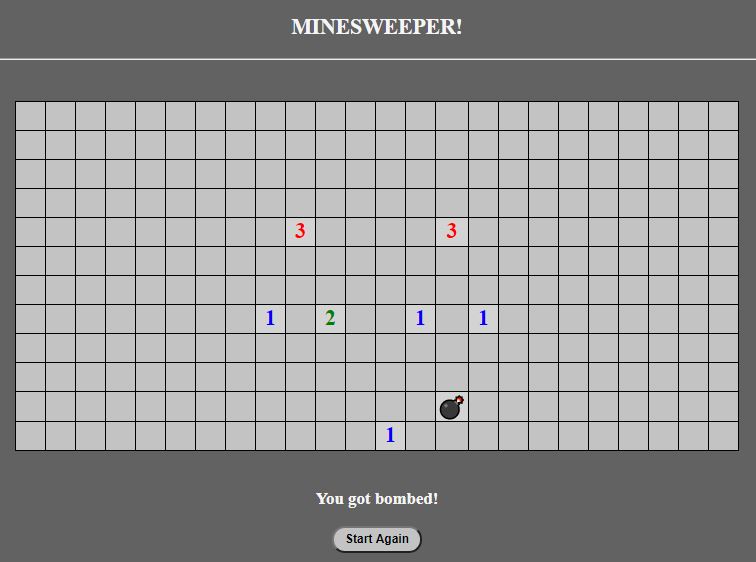 In this article, we have explored the idea of NP Complete Complexity intuitively along with problems like Clique problem, Travelling Salesman Problem and more.

We have developed a C program to check whether brackets are Balanced in an Equation using the Stack data structure and solving it in O(N) time.