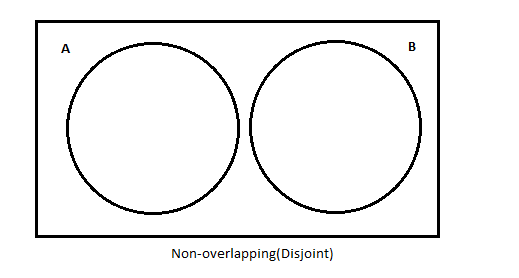 This table summarizes the optimizations in Union Find data structure (explained in detail further into this OpenGenus article):

It is the grouping of elements in non-empty subsets such that every element occurs in only one subset. Thus the in union find data structure no element should be included more than once.

The basic operations which can be performed include:

Now that we have a basic idea about what union find stands for let's take a look at the data structure involved.

Root node: It's the topmost or highest node of the structure.

Parent Node: Any tree which has child/children are called so.

Let's try out this data structure with the help of an example:

Leads to merging of S2 and S4 into one disjoined set S2.

Find:
If Find(i) is performed it returns the corresponding root node value, like Find(30)=20.

Below is the C++ code snippet for union and find:

This method does not provide good performance and results in the formation of unbalanced trees.

This operation enables addition of a new element in a new set/subset into the data structure. For disjoined set forest a MakeSet initializes node's size and pointer.

The main concept behind path comparison is that on the way to root note the itiration takes place in a recursive manner by making every node visited point towards the root node. Here it is the Find() which works recursively. This makes a less complicated flatened structure.

The code function for the same is:

Union by size and Union by rank:
For the formation of a more simplified tree these methods are used. The height of the tree is controlled by storing node information(node's size or node's rank respectively) beside parent pointer.

Code function for Union by size:

In union of rank, ranks of the nodes x and y are compared. If ranks are unequal node which is larger becomes the parent and if they are equal either one can become the parent.

Function code for union by ranks:

Inverse Ackermann function is a part of the recursion theory which also comes to sight in the time complexity of disjoined set.

According to mathematical definition:
α(m,n) = min{i≥ 1: A(i, ⌊ m/n⌋) > log2 n}
This is a two-parameter variation in which A(i,j) is Ackermann Function.
The value of this function grows extremely slowly.

Efficiency of an algorithm

An efficient algorithm is the one which uses computer resources such as time and space in a minimum fashion or in ways which are considered reasonable. Such algorithm also make more improved use of data structures involved making it more optimal and favorable.

The Disjoined Set Union or Union Find has high efficiency in terms of time and space used and also the nature of data structure involved.

React is a JavaScript library used for building the user interfaces or single page apps. We have explained the basic concepts of React JS in depth.