Principal component analysis (PCA) is a technique to bring out strong patterns in a dataset by supressing variations. It is used to clean data sets to make it easy to explore and analyse.

There are several features in a data sets which we call dimensions of the data set. For most cases, we are only concerned with a small set of dimensions for various reasons such as:

There are many ways to achieve dimensionality reduction which fall under two broad categories:

Feature elimination is reducing the feature space by eliminating features. The disadvantage is that we lose the information associated with the features.

Principal component analysis is a technique for feature extraction so it combines our input variables in a specific way, then we can drop the “least important” variables while still retaining the most valuable parts of all of the variables.

Consider we have a data set of 17 dimensions which denotes the eating habits of four countries namely England, North Ireland, Scotland and Wales.

We can visualize the data set as follows: 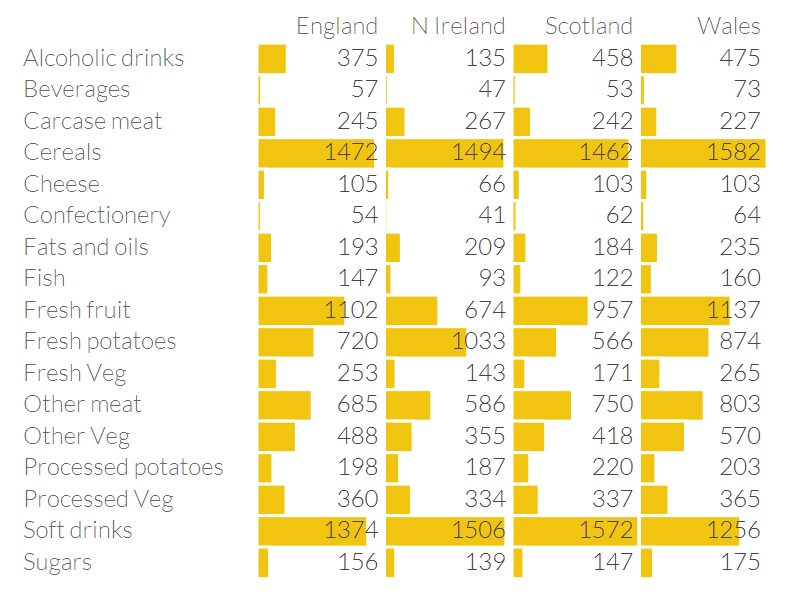 Let us visualize the data set along PC1 feature:

Now, let us visualize the data set along PC1 and PC2 features: 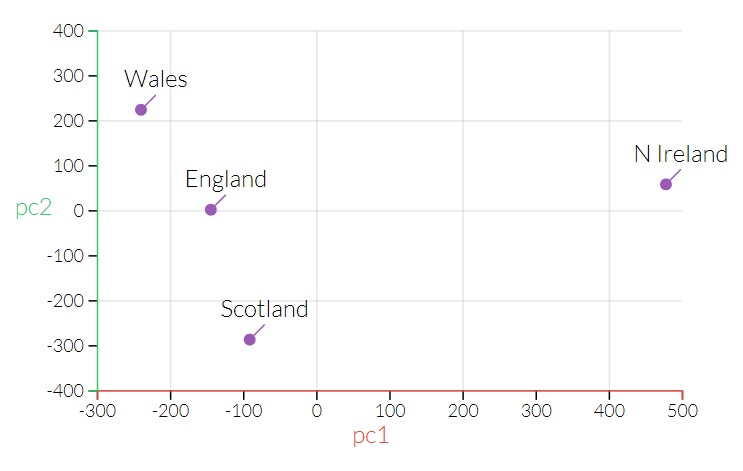 We can see that North Ireland is an outlier that is it does not follow the patterns of the other 3 data points of England, Scotland and Wales. We can now eliminate North Ireland or consider it as a different case.

If we take a look at the data closely, we can see that North Ireland consumes more fresh potatoes and less fresh fruits, cheese. fish and alcohol drinks compared to other three countries.

Hence, Principal Component Analysis have helped us spot North Ireland in just two features which is actually a combination of the previous 17 features.

When to use PCA?

If your answer is yes to the following three questions, then you should definitely try out Principal Component Analysis:

The algorithm of Principal Component Analysis (PCA) is based on a few mathematical ideas namely Variance, Convariance, Eigen Vectors and Eigen values. The algorithm is of eight simple steps including preparing the data set, calculating the covariance matrix, eigen vectors and values, new feature set

In this article, we have explored some of the top Deep Learning frameworks that are out there and you should definitely try out. Some of them are TensorFlow, Keras, Caffe, Caffe2, MXNet, CNTK, BigDL, Torch, PyTorch, deeplearn.js and others