Bayes theorem is as follows:

There are three types of Naive Bayes Classifiers:

We will talk about Bernoulli Naive Bayes in detail in this article.

This is used for discrete data and it works on Bernoulli distribution. The main feature of Bernoulli Naive Bayes is that it accepts features only as binary values like true or false, yes or no, success or failure, 0 or 1 and so on. So when the feature values are binary we know that we have to use Bernoulli Naive Bayes classifier.

where 'x' can have only two values either 0 or 1

Bernoulli Naive Bayes Classifier is based on the following rule:


Now, let us solve a problem for Bernoulli Naive Bayes:

Now, we will look at the python code for Bernoulli Naive Bayes, where we will craete our own data, train the model, predict the values and test it.


X will have training data with 500 instances with 10 features each, having values in the form of 0 and 1 only.
The test data contains 50 instances.

This will create an instance of Bernoulli Naive Bayes model and train it.

The model predicts the test instances.
Accuracy of the model is 0.92 i.e 92% 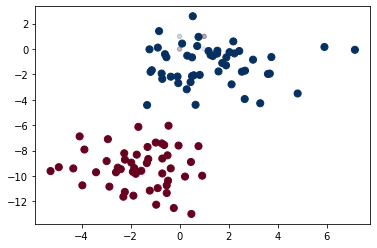 From all the above results we can see Bernoulli Naive Bayes is a very good classifier for problems where the features are binary. It gives very good accuracy and can be esaily trained.

With this article at OpenGenus, you must have the complete idea of Bernoulli Naive Bayes. Enjoy.

The 'this' keyword in Java is a reference ( which means it manages some relation ) to the current object where it is called. We have presented 6 usage of this keyword which includes referring to current class instance variable and much more.

In this article, we have explored begin() and end() functions in Array container of C++ STL in depth. We have covered the basic idea of iterators as well as both functions deal with iterators.