When reading up on artificial neural networks, you may have come across the term “bias.” It’s sometimes just referred to as bias. Other times you may see it referenced as bias nodes, bias neurons, or bias units within a neural network. We’re going to break this bias down and see what it’s all about.

We will first start out by discussing the most obvious question of, well, what is bias in an artificial neural network/ machine learning in general? We will then see, within a network, how bias is implemented. Then, to hit the point home, we will explore a simple example to illustrate the impact that bias has when introduced to a neural network.

Bias is an constant parameter in the Neural Network which is used in adjusting the output. Therefore Bias is a additional parameter which helps the model so that it can perfectly fit for the given data.

The processing can be denoted as : 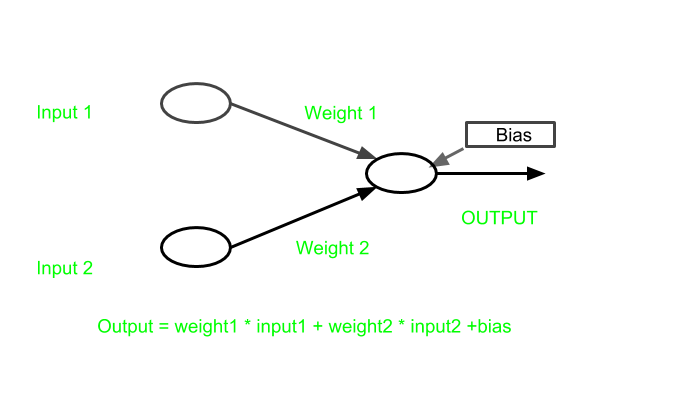 In the neural network, we have been given input x and for that input, we need to predict the output y. Here, we create a model (mx + c), which predicts the output.

While training the model our main aim is to find the appropriate values of the constants m and c.Let's consider the first case where we have the model as y = mx instead of y = mx + c.

Here, the model is having a limitation in training as many times for the given data, it is impossible for the algorithm to fit the model so that it passes through the origin.

So what we need now is an algorithm that fits the model almost everytime we train our data.

Also with the introduction of bias, the model will become more flexible.
In other words, Bias is a constant which gives freedom to perform best.

Now Suppose we have an activation function actv() which gets triggered on input greater than 0.

Now a bias is introduced in output as

so our output becomes,

so activation function will not trigger.

Change in weight
Here in graph below, 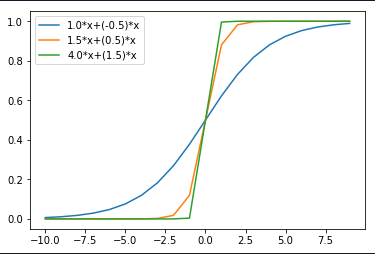 Therefore it can be concluded that more is the weight more the activation function will trigger.

Change in bias
Here in graph below, 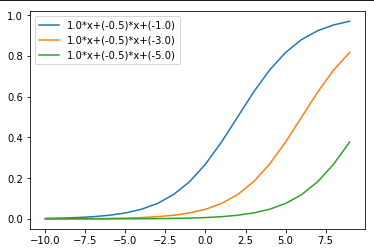 When Bias changed from -1.0 to -5.0, It led to the increase in the value of triggering activation function.

Therefore it can be inferred that from above graph that
bias helps in controlling the value at which activation function will trigger.

Here we saw about the Bias in neural network and its implementation through an example and learnt about its importance.

We take a look at Heron's formula which will enable us to calculate the area of any triangle given the length of the three sides of that triangle. The advantage is that the area is calculated using arithmetic operations and hence, the time taken can be assumed to be constant,

In this article, we will develop and train a convolutional neural network (CNN) in Python using TensorFlow for digit recognifition with MNIST as our dataset. We will give an overview of the MNIST dataset and the model architecture we will work on before diving into the code.