In this article, we have present the concept and algorithm to check if a given year is a leap year or not.

A leap year is a year that comes after every 4 years. What makes leap years different is that it has 366 days instead of 365 days.

It takes the earth 365.242190 days to orbit the sun, or 365 days 5 hours 48 minutes and 56 seconds. But for simplicity, only the 365 whole days are considered as a calender year. If the remaining part of the year is not accounted for, over a period of centuries, it would start to affect the periodic change in season.
The cumulative of 0.25 days for four consecutive years is taken as one day which is then added to the fourth year, which makes it the leap year. The additional day is added to February as the 29th day of the month.

In a century, we are adding 25 extra days due to a leap year in every four year when in actuality we should add 24.2375 days. Thus, we are adding 0.7625 day extra in every 100-year. So, in span of four centuries, this error will become 3.05 days. Therefore, to avoid this accumulation error of 3.05 days in every four centuries, it was decided that out of four centuries only one will have 25 leap years while other will have 24 leap years. For this reason, not every four years is a leap year. The rule is that if the year is divisible by 100 and not divisible by 400, leap year is skipped.

The aim of this article is to build a program that would determine if the input year is a leap year or not.

For a year to be a leap year, it has to satisfy the following conditions:

For better understanding of the pseudo-code, refer to the following flowchart 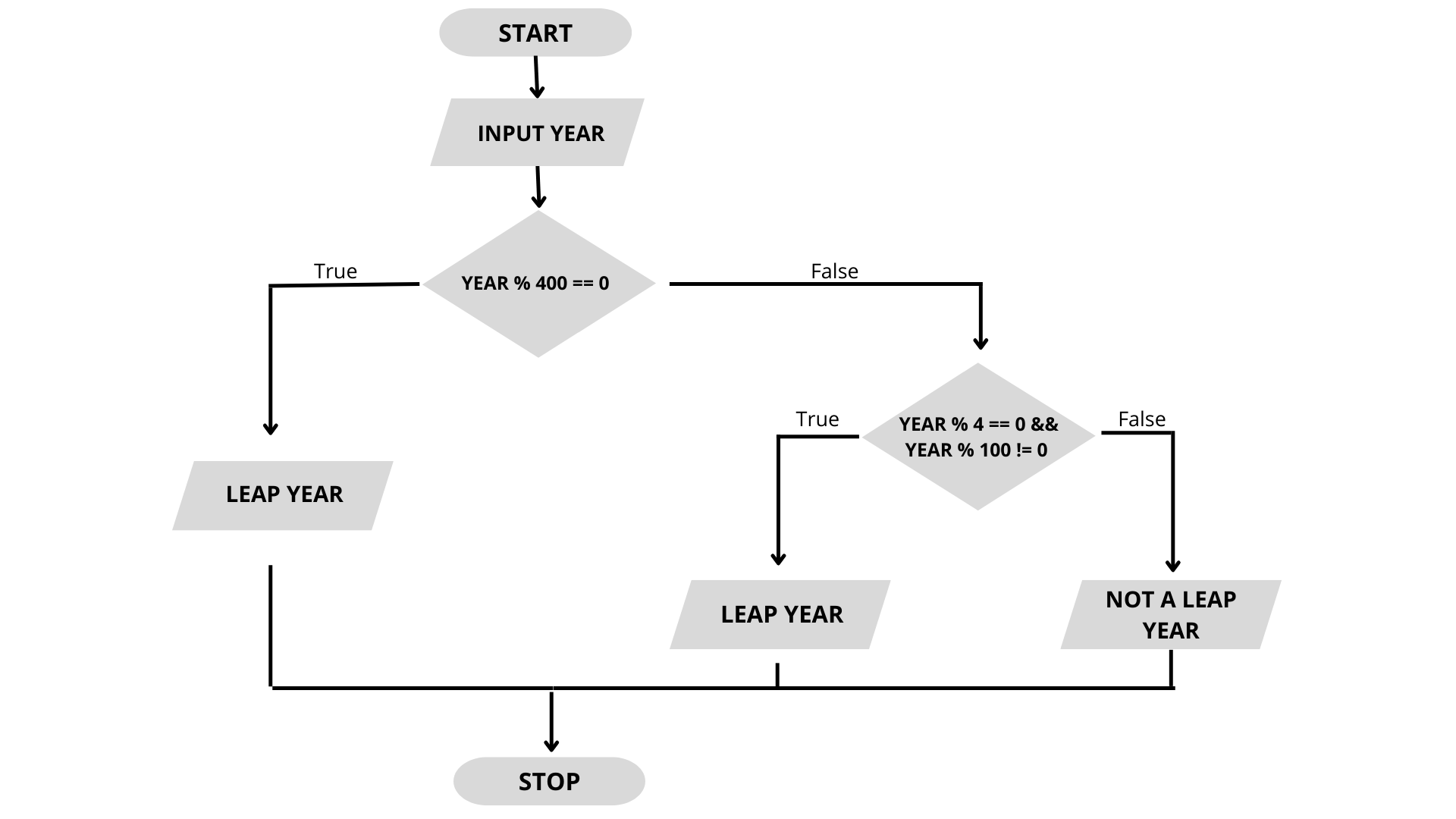 With this article at OpenGenus, you must have the complete idea of how to check if a given year is a leap year or not.

In this article, we have explored the Egg Dropping Puzzle in depth with various algorithms including Combinatorics and Dynamic Programming.

We will see what is the rank of the string in lexicographic order, for the words which can be made using all the characters of the given string and calculate using a string algorithm.

OpenGenus IQ: Computing Expertise & Legacy
—
Check if given year is a leap year [Algorithm]
Share this