In this post, we will be looking at a detailed overview of different Ensemble Methods in Machine Learning. We will see what an ensemble method is, why they are trendy, and what are the different types of ensemble methods and how to implement these methods using scikit-learn and mlxtend in Python.

What is an Ensemble Method ?

If we observe carefully than ensemble methods are relatable to our real-life scenario. For instance, consider an example of buying a house. If you wish to buy a home, then one possibility could be that you can go to a particular area and directly buy a home from a broker. The second approach which is more realistic could be to go and explore different houses in different areas, get suggestions from our friends and family members, surf over the Internet about reviews of homes and search among all suitable options and than select the best one.

Intuitively, the second approach is much better than the first as we are getting reviews and suggestions from different sources and thus not prone to introducing any biases in our decision making. So, following the second approach, the possibility of purchasing a better house will be much higher. Similarly, ensemble methods combine predictions from learning models in order to produce the most optimal model.

Now let's look at some of the different Ensemble techniques used in the domain of Machine Learning.

Bagging, also known as Bootstrap Aggregation is an ensemble technique in which the main idea is to combine the results of multiple models (for instance- say decision trees) to get generalized and better predictions. The critical concept in Bagging technique is Bootstrapping, which is a sampling technique(with replacement) in which we create multiple subsets (also known as bags) of observations using the original data. In a nutshell, the approach is: 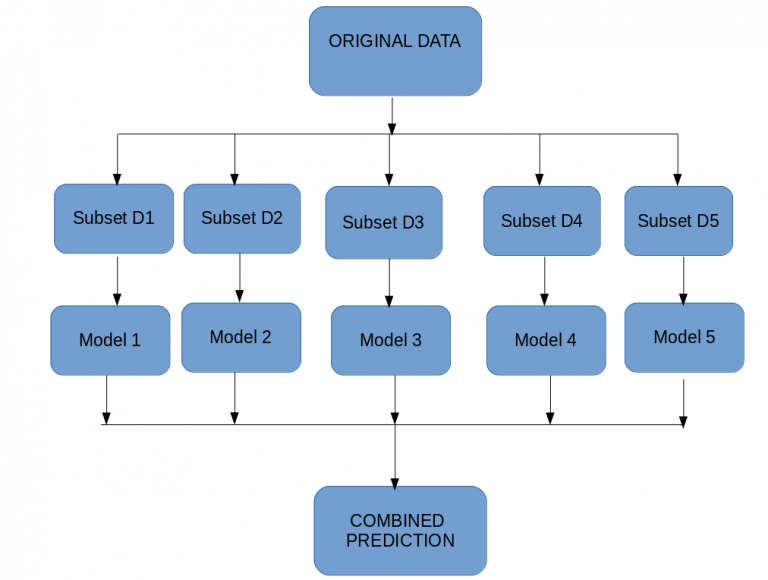 Some of the common examples of Bagging models include Bagged Decision Trees, Random Forest, Extra Trees.

These models are very easy to use using Scikit-Learn in Python.

Boosting is a type of ensemble technique which combines a set of weak learners to form a strong learner. As we saw above, Bagging is based on parallel execution of base learners while on the other hand Boosting is a sequential process, wherein each subsequent model attempts to rectify the errors made by the previous model in the sequence which indicates succeeding models are dependent on the previous model.

The terminology 'weak learner' refers to a model which is slightly better than the random guessing model but nowhere close to a good predictive model. In each iteration, a larger weight is assigned to the points which were misclassified in the previous iteration, such that, they are now predicted correctly. The final output in case of classification is computed using weighted majority vote similarly for regression we use the weighted sum. 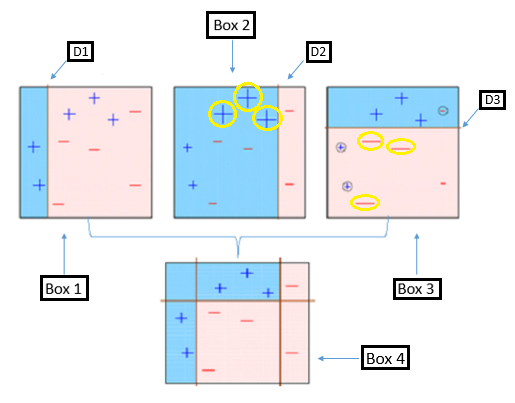 Stacking also referred to Stacked Generalization is an ensemble technique which combines predictions from multiple models to create a new model. The new model is termed as meta-learner. In general, Stacking usually provides a better performance compared to any of the single model. The following figure illustrates the Stacking technique.

It is straightforward to implement the above example in code. For this, we will require mlxtend along with Scikit-learn.

sessionStorage property is used to access a session Storage object for the current origin URL. It works similar to localStorage

In C, switch statement compares the value of an expression or variable against a list of case values and when a match is found the block of statements associated with that case is executed.