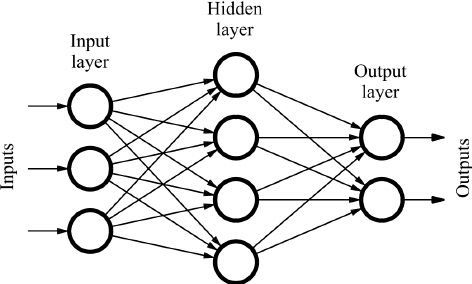 if x is less than 0 the Output becomes 0 and if it is greater than 0 It Becomes x to determine the output of neural network like yes or no.

Activation Function maps the resulting values in between 0 to 1 or -1 to 1 etc. (depending upon the function). Again the Output from the hidden layers are then feed into the Output Layer.

The Output layer Uses Softmax Activation Function to map values to find the probabilities of the Outputs. 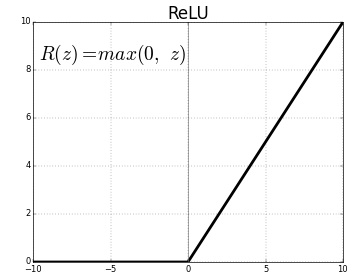 When we have Multi Layers Perceptron, each weight is updated by backpropagation.

Here the output values are compared with correct answer to compute the value of error function. The error function we mostly used is Gradient Descent.

In Gradient Descent, we minimized cost Function by trial and error by just trying lots of values and visually inspecting the resulting graph.then It calculates the proper weights of the Input values and they are again feed into the Input layer. After repeating this process for a sufficiently large number of training cycles, the network will usually converge to some state where the error of the calculations is small.There may be the case of Overfitting where the model fits too well with the training data but does not perform too well with test data. We use Early Stopping to prevent overfitting. We use Multiple Hidden layers to improve model performance but it takes much time.

CNN is used in computer vision like object Detection like YOLO and SSD and Image detection. GANs are very popular to improve the quality of the Image in Computer Vision.

1.Alexnet It has 7 hidden layers 1 Input Layer and 1 Output Layer

Recurrent Neural Networks are used in Natural Language Processing like Language Translation, Speech Recognition and others.

BLAS (Basic Linear Algebra Subprograms) and BLIS (BLAS Like Interface Software) are libraries that have revolutionized scientific computing by accelerating execution of mathematical operations on a vast range of platforms. In short, BLIS is the new generation alternative to BLAS