In this article, we will learn about what is Inception V3 model Architecture and its working. How it is better than its previous versions like the Inception V1 model and other Models like Resnet. What are its advantages and disadvantages?

The Inception V3 is a deep learning model based on Convolutional Neural Networks, which is used for image classification. The inception V3 is a superior version of the basic model Inception V1 which was introduced as GoogLeNet in 2014. As the name suggests it was developed by a team at Google.

When multiple deep layers of convolutions were used in a model it resulted in the overfitting of the data. To avoid this from happening the inception V1 model uses the idea of using multiple filters of different sizes on the same level. Thus in the inception models instead of having deep layers, we have parallel layers thus making our model wider rather than making it deeper.

The basic module of the Inception V1 model is made up of four parallel layers.

Convolution - The process of transforming an image by applying a kernel over each pixel and its local neighbors across the entire image.

Pooling - Pooling is the process used to reduce the dimensions of the feature map. There are different types of pooling but the most common ones are max pooling and average pooling.

This module of the Inception V1 is called the Naive form. One of the drawbacks of this naive form is that even the 5×5 convolutional layer is computationally pretty expensive i.e. time-consuming and requires high computational power. 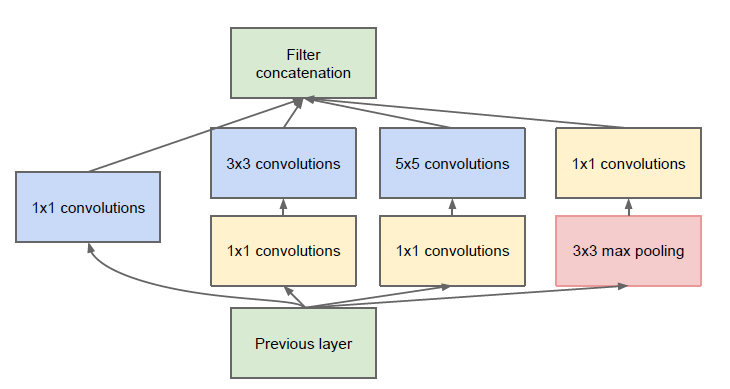 After adding the dimension reductions the module looks like this.

This is the building block of the Inception V1 model Architecture. The Inception V1 architecture model was better than most other models at that time. We can see that it has a very minimum error percentage.

Comparison of Inception V1 with other models.

The inception V3 is just the advanced and optimized version of the inception V1 model. The Inception V3 model used several techniques for optimizing the network for better model adaptation.

The inception v3 model was released in the year 2015, it has a total of 42 layers and a lower error rate than its predecessors. Let's look at what are the different optimizations that make the inception V3 model better.

The major modifications done on the Inception V3 model are

Let's how each one of these optimizations was implemented and how it improved the model.

One of the major assets of the Inception V1 model was the generous dimension reduction. To make it even better, the larger Convolutions in the model were factorized into smaller Convolutions.

For example, consider the basic module of the inception V1 module. 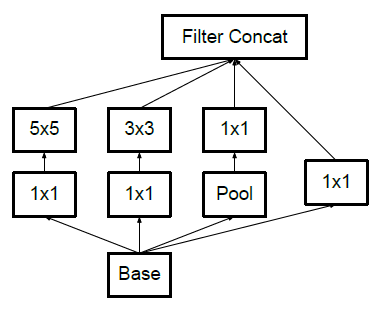 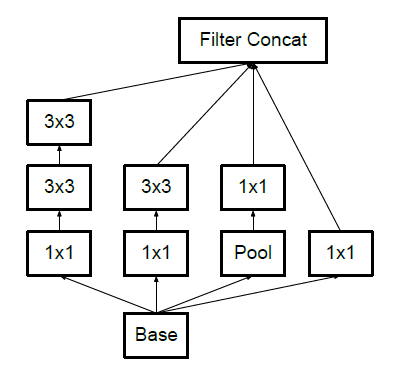 To understand it better see how the process of using two 3×3 convolutions reduces the number of parameters. 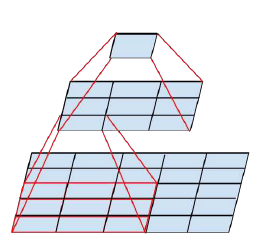 As a result of the reduced number of parameters the computational costs also reduce. This factorization of larger convolutions into smaller convolutions resulted in a relative gain of 28%.

Even though the larger convolutions are factorized into smaller convolutions. You may wonder what if we can factorize furthermore for example to a 2×2 convolution. But, a better alternative to make the model more efficient was Asymmetric convolutions.

Asymmetric convolutions are of the form n×1. 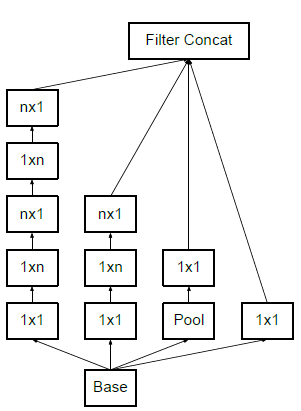 After applying the first two optimization techniques the inception module looks like this. 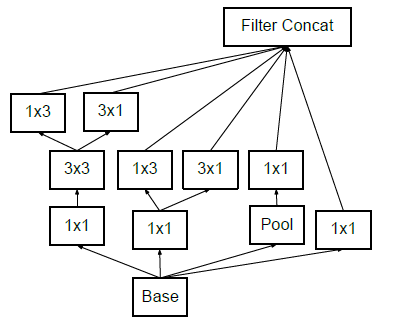 Thus the auxiliary classifiers act as a regularizer in Inception V3 model architecture.

For example, if we have a d×d grid with k filters after reduction it results in a d/2 × d/2 grid with 2k filters.

And this is done using two parallel blocks of convolution and pooling later concatenated. 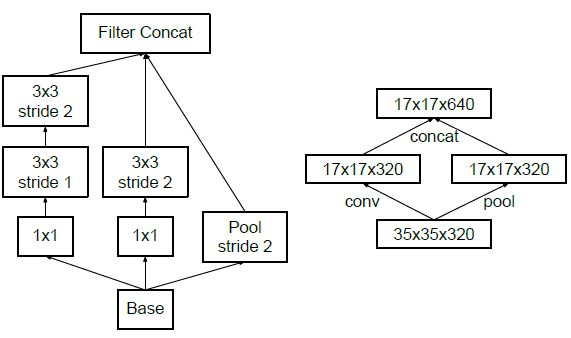 The above image shows how the grid size is reduced efficiently while expanding the filter banks.

The above table describes the outline of the inception V3 model. Here, the output size of each module is the input size of the next module.

As expected the inception V3 had better accuracy and less computational cost compared to the previous Inception version.

We can see that the inception V3 model has an extremely low error rate compared with its previous models and its contemporaries.

With this article at OpenGenus, you must have a complete idea of Inception V3 Model Architecture.

Static and extern are storage classes in C which defines scope and life-time of a variable. Similar to any variables in C, we can use these keywords with pointers for different use cases.