Inheritance is the process by which objects of one class acquire the properties of objects of another class. It supports the concept of hierarchical classification. The principle behind this sort of division is that each derived class shares common characteristics with the class from which it is derived.

Inheritance enforces a relationship between various code components and gives it a structure and a good opportunity for code reuse. Consider that you have a large class A and you need another class B which will have only one member function different. In this case, class B can be built by inheriting from class A and adding/ overriding the member function. This shows that class A and B are related and there is no code duplication.

In this case, class A is called base class and class B is called derived class.

Consider the following example, in which, 'Flying bird' and Non-Flying Bird' class are the subclass of 'Bird' class. They inherit some attributes from 'Bird' class. 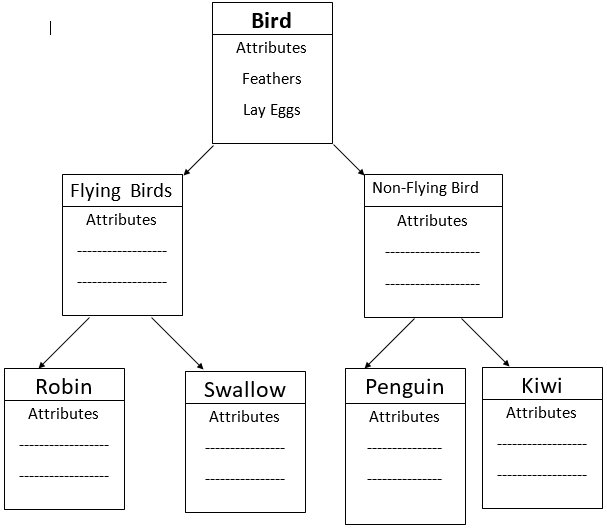 In OOP, the concept of inheritance provides the idea of reusability. This means that we can add additional features to an existing class without modifying it. This is possible by deriving a new class from the existing one.

The different types of inheritance are: 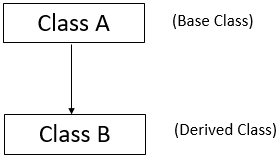 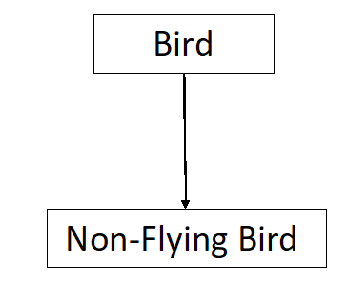 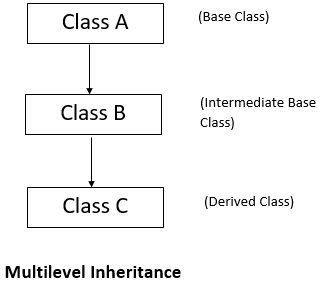 Advantages and Disadvantages of using Inheritance

Difference between Mulitple and Multilevel Inheritance- 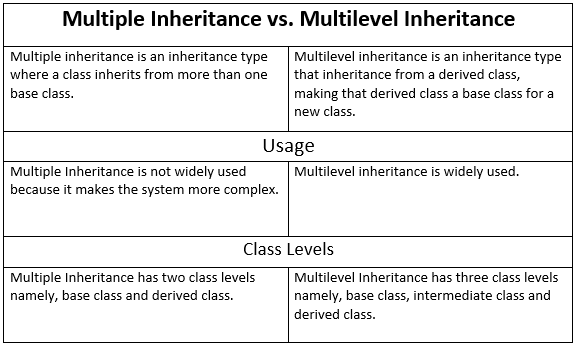 Type of Inheritance in which multiple classes are derived from one class?

Operator overloading is an important concept in C++. It is a type of polymorphism in which an operator is overloaded to give user defined meaning to it. Overloaded operator is used to perform operation on user-defined data type. We give examples of unary ++, bitwise + and arithmetic + operators