Least Absolute Deviation (LAD) is a powerful approach for solving optimization problems with good tolerance to outliers. Hence solving it to obtain a practicably applicable form is essential to take advantage of its theoretical prowess. For a better understanding, it is advised to have a good grasp of ADMM.

In Machine Learning, one of the main alternatives to the least-squares(∥Ax−b∥2^2) approach when attempting to estimate the parameters of regression is the LAD(∥Ax − b1∥1) method. The use of the absolute value results in a more robust solution for handling outliers and has the possibility of multiple solutions. The LAD cost is formulated as,

Now by Using the Weighted Least Square method we can write the same function as,

this serves as the update for Θ

Consider the plot of Loss vs Error of both the Norms, 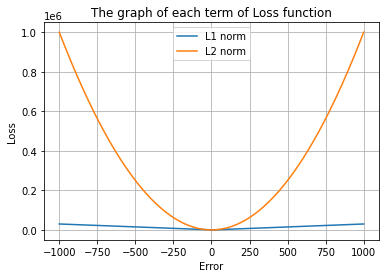 The hypothesis of handling outliers contained in data by penalizing the model less than the L2 norm will is supported by the plot, which shows that the L1 norm loss is much smaller than the L2 norm loss over a wide range of error values. As a result, there is no longer a requirement to strictly pre-process the data. So it makes sense to analyze this mathematically.

The LAD problem can thus be defined as,

The corresponding Augmented Lagrangian form can be written as,

Combining the y-dependent term into the L2 norm term,

Replacing y/ρ with u (this step can be done anywhere during the solution but is often done to maintain convention),

In order to find the update for x, the minimization of the Lagrangian with respect to x is done as,
Assuming z^k and u^k are known,

Similarly, in order to find the update for z, the minimization of the Lagrangian with respect to z is done as,
x^(k+1) has been computed and u^k is assumed to be known,

On comparing the latest equation with the proximal operator, the similarity of the Right-hand sides leads us to simplify the obtained z^(k+1) to be represented in a more compact form like, 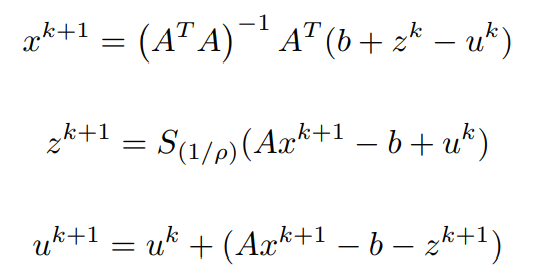 A simple and intuitive code implementation of the update steps on synthesised data in Matlab can be done by following the basic steps,

The matlab definition of the assistive function shrinkage is,

The following output is obtained,

The following code is in python

LASSO is the acronym for Least Absolute Shrinkage and Selection Operator. Regression models' predictability and interpretability were enhanced with the introduction of Lasso.

On 10th July 2022, Canada's internet was DOWN. People were flocking to coffee shops/libraries for internet. I could not get in touch with my friends. How can complete country's internet go down like a house of cards ? Let's dissect it through our technical lenses.