In order to motivate our study, we begin with a simple example. Suppose that we are statistical consultants hired by a reputable bank who are interested in predicting whether an individual will default on his or her credit card payment, on the basis of annual income and monthly credit card balance.In other words our goal is to develop a model that can be used to correctly classify the default status of a person based on his or her banking account details. 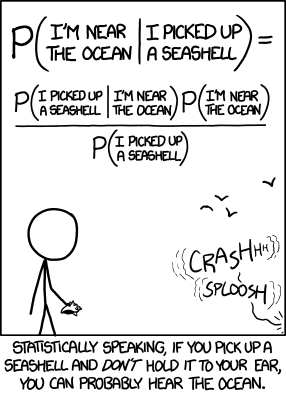 The process of predicting a qualitative variable based on input variables/predictors is known as classification and Linear Discriminant Analysis(LDA) is one of the (Machine Learning) techniques, or classifiers, that one might use to solve this problem. Other examples of widely-used classifiers include logistic regression and K-nearest neighbors.

For further studies we will assume that response variable takes on K classes (K = 2 for the example of credit card payment default, Y takes either yes or no) and the number of predictors used to make predictions about the response variable be p (p = 2 for example given before).

Mathematical Analysis of LDA being used for classification

We can write P(Y=k|X =x) as pk(X) this is also known as the posterior probability.

Let us further assume that all the classes have same variance σ, ∴ the posterior probability takes the form -

is maximum. δk(x) is known as the discriminant function and it is linear in x hence we get the name Linear Discriminant Analysis.
In practice, parameters μk, σ and πk are not available to us in advance so they are estimated from the available dataset as follows -

LDA assumes that distribution of the observation coming from a specific class is gaussian, estimates the values of the parameters μk, σ and πk using the training data and then uses bayes' theorem to estimate the probabilities of the class to which a specific observation belongs.

LDA with more than one predictor -

We can proceed in similar way for when number of predictors(p) is greater than one. Here we get the discriminant function as follows -

Where we assume that the observations of kth class are drawn from Gaussian Distribution N(μk, Σ), μk is the class specific mean vector and Σ is the variance-covariance matrix common for all classes.

Which probability technique is used by LDA to classify the observations into their respective classes?

The inner workings of LDA for dimensionality reduction

LDA has O(Npt + t3>) time complexity and requires O(Np + Nt + pt) space complexity, where N is the total number of observations and p is the number of predictors and t = min(N,p), detailed analysis can be found in this paper by Cai, He and Han

Now we look at how LDA can be used for dimensionality reduction and hence classification by taking the example of wine dataset which contains p = 13 predictors and has overall K = 3 classes of wine.
This dataset is the result of a chemical analysis of wines grown in the same region in Italy but derived from three different cultivars. The analysis determined the quantities of 13 constituents found in each of the three types of wines. The original data source may be found here.

First we import data and standardize the dataset

Next we calculate the mean vector for each class

Now we proceed to calculate the eigenpairs of SW-1SB 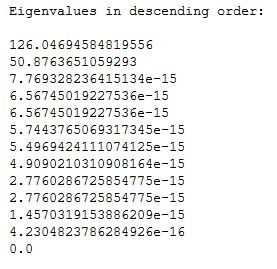 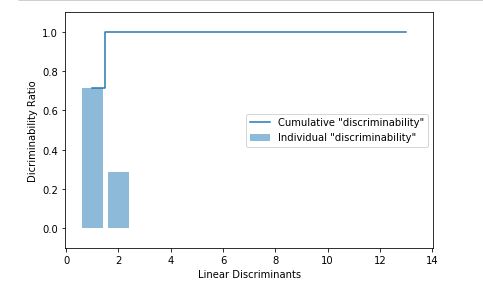 We take the first two linear discriminants and buid our trnsformation matrix W and project the dataset onto new 2D subspace, after visualization we can easily see that all the three classes are linearly separable - 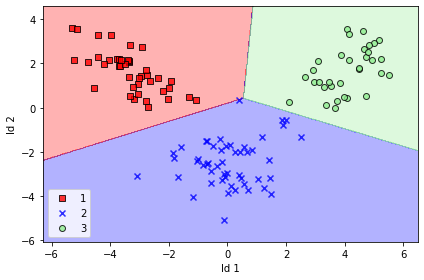 With this article at OpenGenus, you must have a complete idea of Linear Discriminant Analysis (LDA). Enjoy.

We have explored the node structure in Python of different trees in data structure. This gives fundamental idea of implementing such trees in Python. Some of the trees we explored are Binary Tree, Binary Search Tree (BST), AVL Tree, B Tree, B+ Tree, Red-Black Tree, Treap, Splay Tree and R Tree.