1. What are Connected Components?

Connected Components or Components in Graph Theory are subgraphs of a connected graph in which any two vertices are connected to each other by paths, and which is connected to no other vertice in the supergraph.

The diagram below shows a graph with 3 Connected Components: 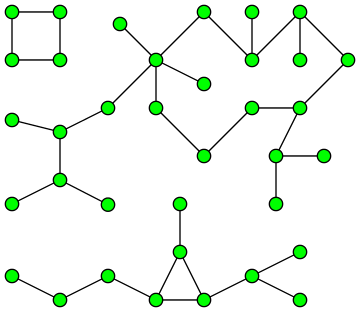 Four Pixel Connectivity connects all pixels that have the same value along the edges.

Eight Pixel Connectivity connects all pixels that have the same value along the edges and corners.

2. What is Connected Component Labeling?

Various methods can be used for Connected Component Labeling:

As the Classical Algorithm is the most commonly used method, it is explained in further detail below.

The Classical Algorithm is called so because it is based on the Alassical Connected Components Algorithm for graphs, was described in 1966, by Rosenfeld and Pfaltz. The algorithm makes two passes over the image:

Before we delve into the steps involved in the algorithm we must understand the Union-Find Data Structure (Disjoint - Set Data Structure).

The Union-Find Data Structure keeps track of a set of elements divided into a number of disjoint subsets. It helps in efficiently implementing the following operations:

Each pixel is checked from the top left corner to the bottom right corner moving linearly. If we are considering the pixel p, we will check only the pixel above it and the pixel to the right.

Step 1:
The first step involves checking, if we are interested in a pixel or not. We are interested in foreground pixels, which in binary images are represented by a pixel value of 255 (White). If the image is not of interest we simply ignore it and move onto the next step.

In this step if we are interested in pixel p. We fetch the labels of the pixels above and to the left of p and store then A and B.

The following cases can arise:

In this step we figure out which one out of A and B is smaller and assign that value to p.

If we have a situation where pixel above p has a label A and the pixel to the left of p has a label B. We know that these pixels are connected as pixel p connects them. Hence we need to store in information that the labels A and B are actually the same.

We do this by using the Union-Find Data Structure. We set the larger label as the child of smaller label.

In the second pass the algorithm goes through each pixel again and checks the label of the current pixel.

The GIF image below demonstrates both the passes:

Connected Component Labeling can be applied using the cv2.connectedComponents() function in OpenCV.

Below mentioned are steps:

Passing in the image path in function 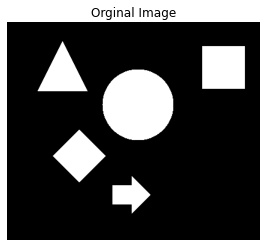 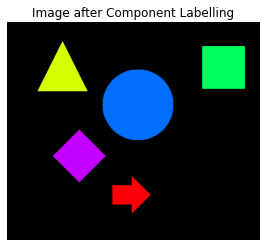 Other examples are mentioned in Section 2.

The complete code in a notebook format can be viewed here.

That wraps up this article, hope you found this article on Connected Component Labeling interesting and informative!

The process of predicting a qualitative variable based on input variables/predictors is known as classification and Linear Discriminant Analysis (LDA) is one of the techniques, or classifiers. We have explained the inner workings of LDA for dimensionality reduction.