Logistic Regression is an efficient regression algorithm that aims to predict categorical values, often binary. It is widely used in:

In statistics, the logistic model is a widely used statistical model that, in its basic form, uses a logistic function to model a binary dependent variable

We encounter a lot of problems in today's world, which involve categorical data. One such widely popular example is right in your inbox. Out of all the emails, a classification model can classify each email as either spam, or not spam. In such algorithms, there is a target variable, which is binary, for binary classification problems.


Let's assume a simple problem, with our Input feature (X) on the X axis, and the Target variable (Y) on the Y axis. We need to train a model, with the dataset as given as: 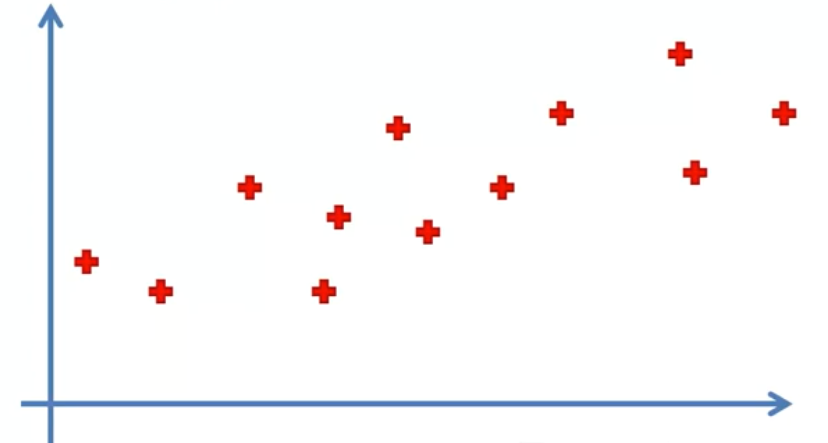 Now, this is a fairly simple regression problem, and can be easily fitted by a linear regression line as shown here: 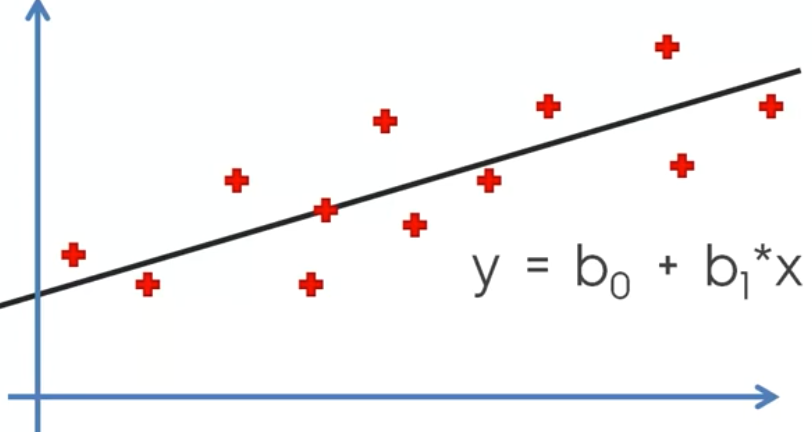 Now, let's take a different dataset, with the points distributed in such a way, that they seem to form two categories, Y=0 and Y=1. 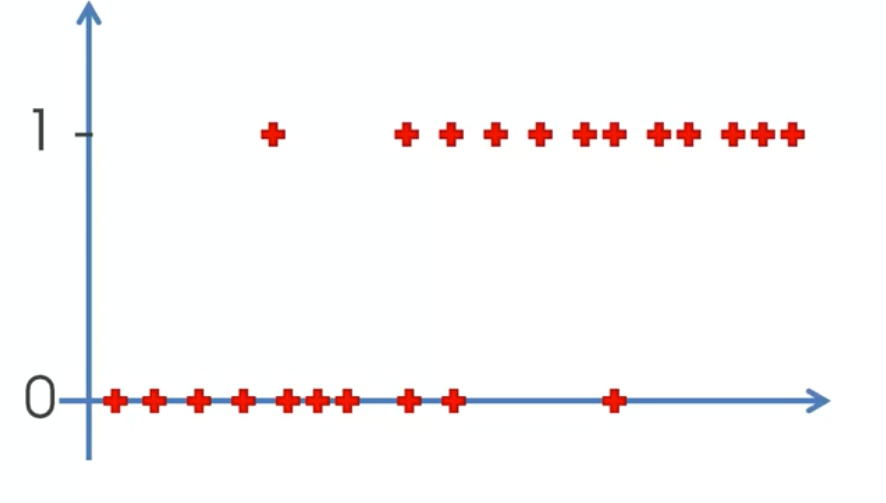 In such cases, it becomes difficult to fit a good regression model. This is because we need a model that can output values that lie between 0 and 1. A regression line will incorporate values even lesser than 0, and greater than 1. This does not logically make sense. Regression also changes drastically to accommodate outliers in our dataset. That change, due to one or two outliers, may affect the predictions on all the other points. Also, a regression line will have a high loss function, as it is not passing close to all the points, as clearly shown. 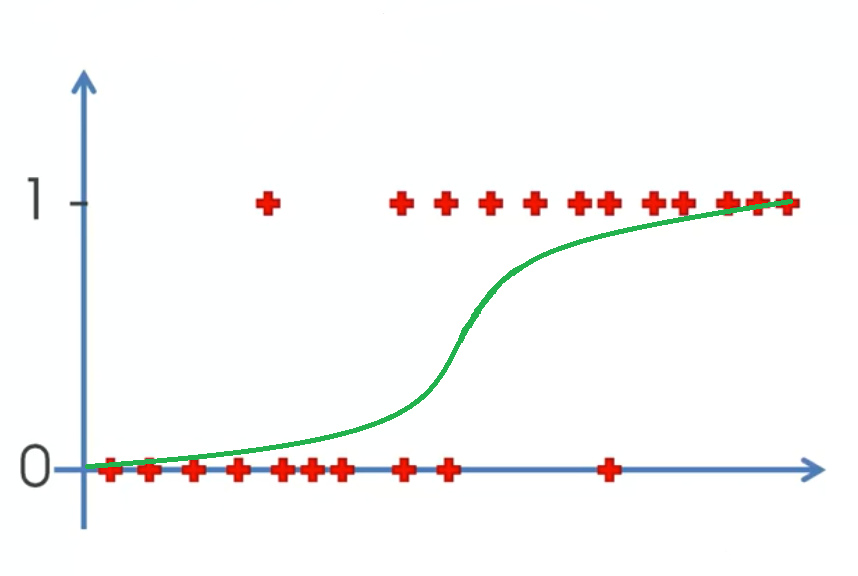 Hence, we need such an algorithm, that is:
1. Non linear, so as to fit all the points in such a way that they seem to belong to the decision boundary.
2. Restricted between 0 and 1, as our output target variable lies only between 0 and 1.
3. Is robust to the presence of outliers

Logistic Regression, is very useful here, as it used a sigmoid function in order to calculate the probabilities of each point lying in either of the 2 classes. 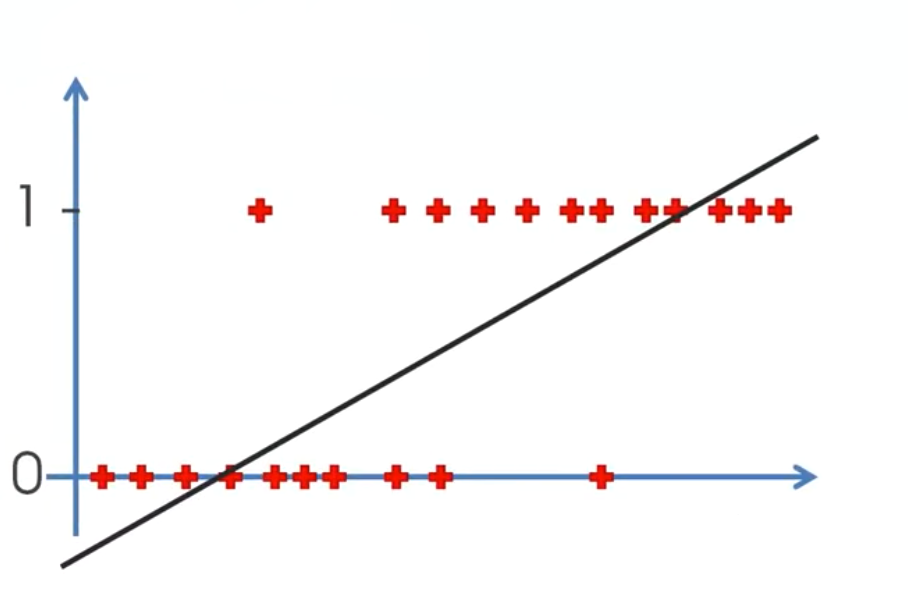 In the previous section, we talked about logistic regression solving a lot of issues by using a 'sigmoid' function. 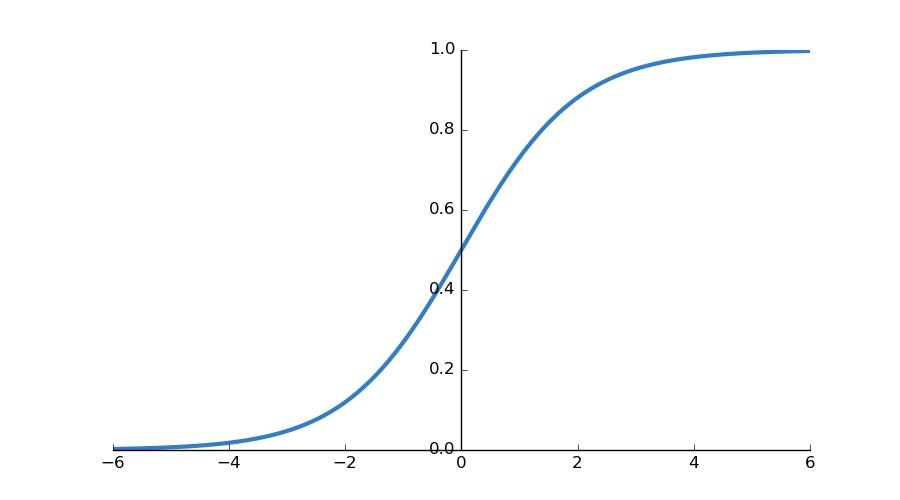 We can immediately notice from the definition of the function, that no matter what the value of x, Y will be between 0 and 1. This is a very important property of the sigmoid function for logistic regression.

The use of a sigmoid function helps in fitting a better model, also because it is non-linear, so it can have a gradual curve, thus fitting categorical data better as we saw in the above example.

We realized earlier, that logistic regression calculates the probabilities of a point lying in either class, and not the fixed result that it will lie in either one of the classes.

Therefore, the output prediction (Y), will be expressed as probability P.

This idea works well partly because of the fact that the sigmoid function used, outputs the value of Y to be strictly between 0 and 1, and the same restriction is applied on probability as well, that the probability of anything must lie between 0 and 1.

Logistic Regression can be understood by the equation given below, where the LHS represents the 'logit' function.

This equation is basically another representation of
Y = sigmoid(theta), something we understand logistic regression as. It is important to note here, that the logit equation and the sigmoid form equation are equivalent, and derivable from each other.

Here,
Y = Target variable
theta = Input features
B0, B1 .. Bk are the parameters to be trained
X1, X2 ... Xk are the input features of the model

Input features are represented as:

Applying logistic regression to a dataset in Python is made really simple by using the Logistic Regression class present in the scikit learn library. This, like most other Machine Learning algorithms, follows a 4-step approach to building the model.

STEP 1: Import the model we need:

STEP 2: Define the model: Create an instance of the class

STEP 4: Make predictions based on the model: Use test input features to predict values

In which of these cases would Logistic Regression be a good idea to use?

XOR Linked List is the memory efficient version of Doubly Linked List because it makes use of only one space for address field with every node. It provides facilitates list traversal in both forward and backward directions. Insertion and deletion operations take constant time

A function in C is a set of statements that take inputs, do some specific computation and produces output. The idea is to put some commonly or repeatedly done task together and make a function, so that instead of writing the same code again and again for different inputs, we can call the function.