In this article, we discuss the lstopo Linux command used for showing the topology of a system.

lstopo command is used to show the topology of the system. It gives information about the NUMA memory nodes, shared caches, CPU packages, processor cores and threads and much more.

It renders the machine topology as discovered by hwloc, there are two main modes textual rendering or graphical rendering.

For textual rendering, the syntax is as follows,

and for graphical rendering, 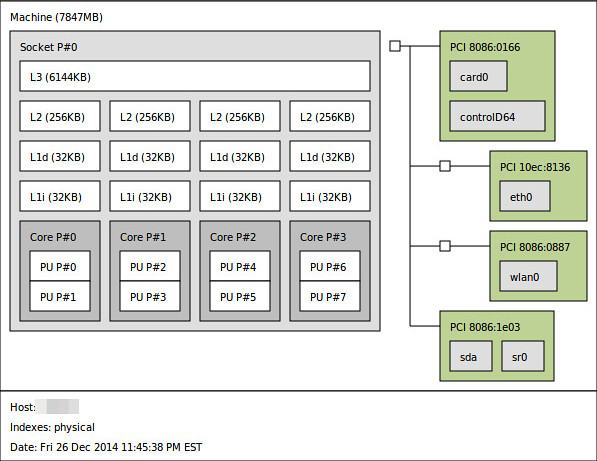 Socket P# means that there are 4 physical sockets on the motherboard, A socket describes the container which holds the processor. 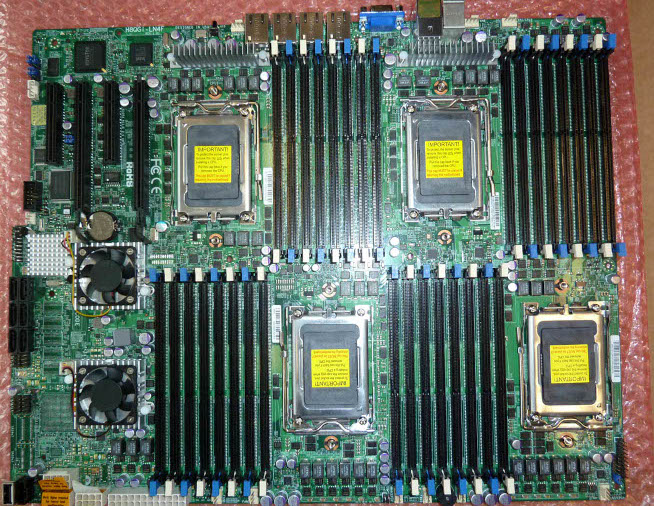 We can also see 8 cores each with a single processing unit which are in 4 physical CPU packages.

The PCI hierarchy is drawn as a tree of bridges with links between them.
The tree starts with small square on the left of the host bridge or root complex and ends with PCI device boxes on the right.
Additional small squares may appear in the middle which represent intermediate PCI bridges/switches.

These are on the right hand side. They are the boxes which contain their bus ID, They may also contain smaller boxes within them for OS device objects such as network interfaces e.g eth0.

The data-rate of a PCI link can be written in GBs assuming the OS can report this information.

This can change during execution because some devices can be able to slow down their PCI links when they are idle.

A horizontal line to the right of a PCI bridge means that a single device or bridge is connected on a secondary PCI bus behind the bridge, on the other hand a vertical line means multiple devices and/or bridges are connected to the same secondary PCI bus.

A red color means that the CPU or NUMA node is not in the allowed set.

A white color means that the CPU or NUMA node is in the allowed set.

A green color means that a topology can be seen by a specified process and the given CPU or NUMA node is in this process' CPU or memory binding mask.

An allowed set is the set of CPUs or NUMA nodes a process is allowed to bind to, it is either inherited from a parent process or set by the system's administrative policies.

For textual rendering we write,

We can also view it in ascii-art mode by writing,

To view the summary we use the -s option

To display physical indexes, we use the -p option as follows,

For logical indexes we write,

There are many output formats for lstop such as pdf, xml, svg etc.

To write the topology to a PNG file by writing,

Now file.png will have the system topology image.

We can also export it to an XML file so as to save it and reload it on another machine as follows,

To export to pdf, we write,

To view cores only, we write,

and to view only cpusets, we write,

To view the logical processors we write,

In this article we have discussed a very useful way to get information about a computer system.
lstopo command can display a topological map of the system using various formats such as pdf, png etc.

With this article at OpenGenus, you must have the complete idea of lstopo command in Linux.

wget is a Linux command line utility useful for retrieval and downloading of files from the internet. It uses protocols such as FTP, HTTP and HTTPS for such tasks. In this article we have discussed commonly used wget commands and options.

In this article, we will be going to solve a problem named convert octal to decimal. This is a very basic problem of computer science involving ideas of base in number system and conversion.