In this article, we discuss the concept of partitioning a drive, naming conventions for Linux partitions, types of partitions and demonstrate how to partition a drive in Linux using parted utility.

Partitioning a disk is the first step before installing a file system since creation of any files or directories is done in a file system.

It involves dividing a HDD into smaller logical drives, therefore we can say that a partition is a contiguous set of block treated as an independent disk.
A partition table is an index which shows the relationship between the HDD and its partitions.

We partition a HDD for the following reasons,

sd is used for SCSI disks although modern Linux systems will treat all disks as SCSI and therefore name them with starting with sd. 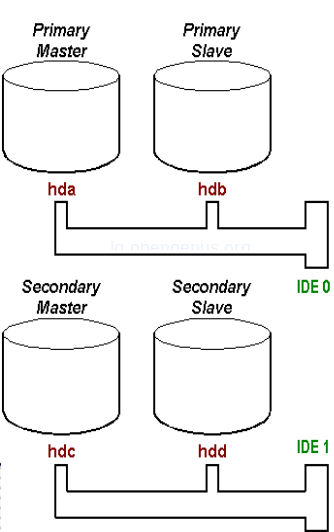 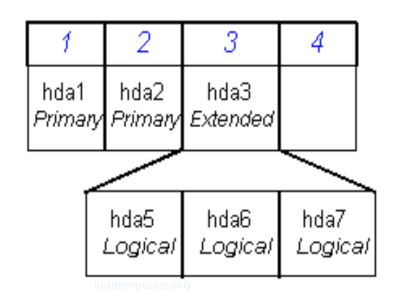 Swap partitions
Running processes are allocated a number of RAM blocks called pages. In-memory pages referenced by the processor in the near future are referred to as a working set.Linux predicts memory accesses by assuming that used pages will be used in subsequent accesses and therefore stores these pages in RAM.
If there are too many processes running, the kernel tries to free up space by writing the pages to disk.
Swap space is used to increase the amount of memory available although disk accesses are still very slow compared to RAM.
Swap space is important although it is no substitute to RAM.

Partitioning can be done with various different tools, they include, sfdisk, cfdisk, parted, partition magic or, disk drake.

Parted is a command line utility that allows users to easily manage hard disk partitions. With parted we can add, delete, extend or shrink disk partitions together with their corresponding file systems.

To get started type in the parted command.

From the output we can see the version and the primary partition /dev/sda.
To exit we type *quit.

The help command while still in parted, will show all available options.

To view disk partitions while still in parted we write,

To view free partitions we write,

To select a disk we want to partition we write,

We then create a new partitioning table by using the mklabel command, but first lets look at the mklabel options.

From the output we can see that the disk label type must be among the listed ones.
For example lets create a msdos type partition,

You can use print command to view the created table.

To create a primary partition we use the mkpart command as follows,

For a logical partition we write,

We can also specify the file system and storage space as follows,

The above command states that, create a new partition using the ext4 file system whose disk start is 1MB and end is 2048MB.

We can remove a partition using the rm command as follows,
First we have to know the partition number therefore we use th print command to list all partitions.

From the output, get the partition number in the Number column.
To remove a partition, write

Then enter the partition number.

In this article we have discussed how partitions are labeled in Linux, the various types of partitions and demonstrated how to partition a drive using the parted utility.

We have also talked about reasons why one would need to partition a disk.

A process is a running instance of a program, it starts when a command is executed. In this article we discuss various process manipulation functions and their implementation in the Linux system.

In this article we discuss piping and redirection whereby we can alter the flow of input or output streams. This technique enables a user to create custom commands by combining multiple smaller commands.