In this article, we have covered what are Redundant arrays of independent disks and the commonly used RAID levels. This is an important topic in Memory management / storage in System Design.

RAID is an acronym for Redundant arrays of independent disks.RAID is a data storage technology that logically combines multiple disks and treats them as a single disk to improve performance and/or reliability.
RAID consists of two or more disks working in parallel.

In RAID 0 the data is split evenly across two or more disks. Since RAID 0 uses multiple disks at the same time, the read and write operations are very fast. 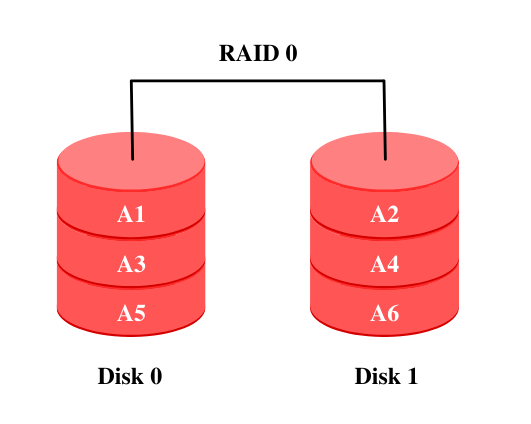 RAID 1 requires at least two disks. The data is copied on the available disks so that all disks have identical data. This ensures that if one of the disks fails, no data is lost. 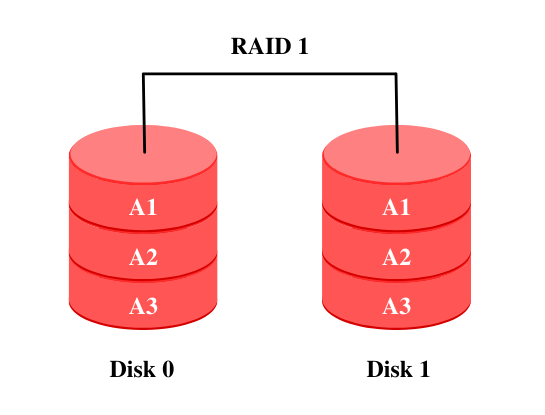 In RAID 5, the data blocks are striped across the drives, and on each level, one drive contains a parity checksum of the information stored on that level. The parity data is used to retrieve the data in case one disk fails.

RAID 5 requires at least 3 disks and can withstand the failure of a single disk without losing data. The parity information is striped across the disks as shown below. 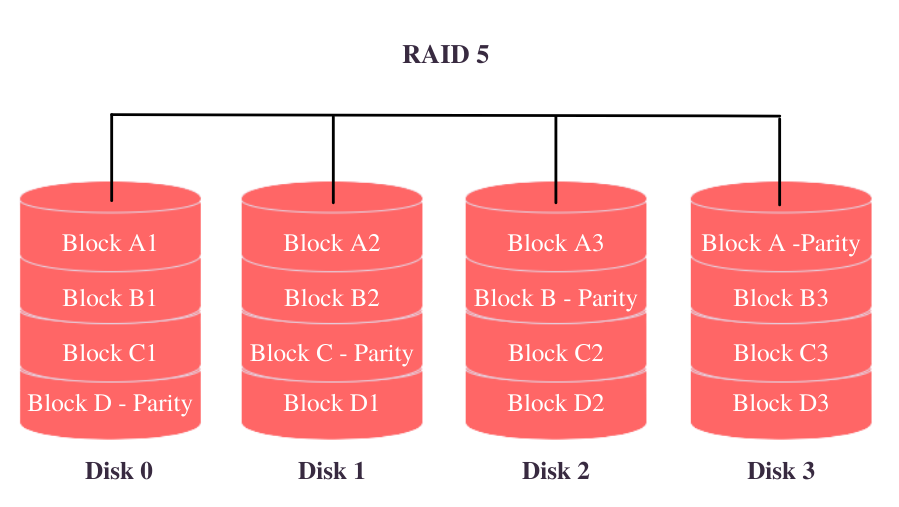 RAID 6 is similar to RAID 5 but the parity data is written to two disks.
RAID 6 requires at least 4 disks and can withstand the simultaneous failure of two disks without losing data. 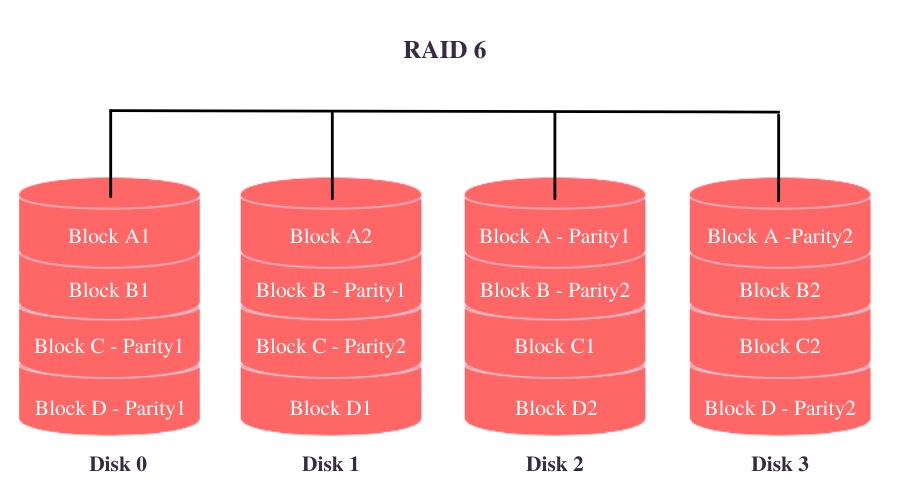 RAID 10 combines both RAID 1(mirroring) and RAID 0(striping). This increases the speed and redundancy. RAID 10 requires at least 4 disks. In the disk configuration, the two mirrored disks have half of the striped data and the other two disks contain the other half of the data. 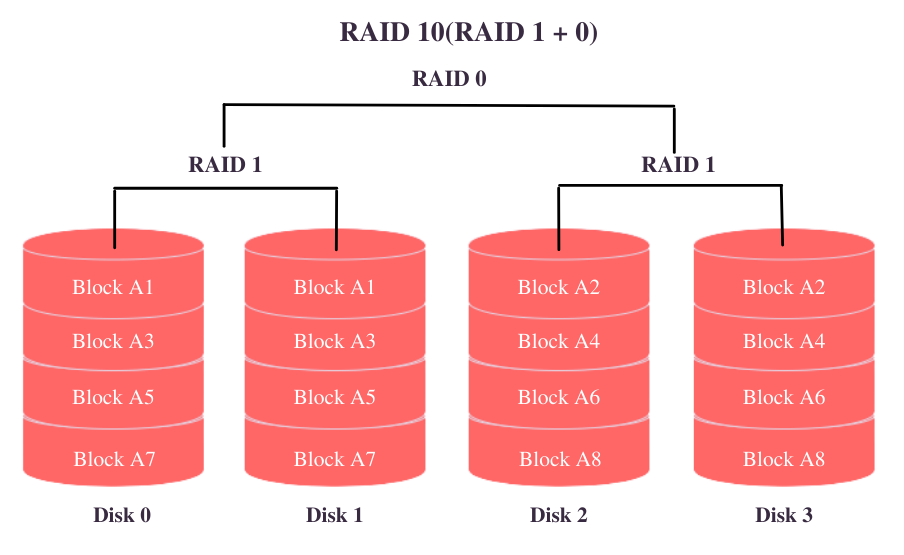 RAID does not replace the need for backing up data as backup comes in handy in cases where all the disks fail simultaneously.

With this article at OpenGenus, you must have a strong idea of what Redundant arrays of independent disks are and the commonly used RAID levels.

In this article, we have explored the idea of Tensors in TensorFlow, different types of tensor and how to initialize and use them.