In this article, we will understand about various statistical features like median, quartiles, inter quartile range (IQR), bias and variance.

In statistics, when there is a systematic difference between the true parameters and the results we estimated, it is called a bias. It essentially means that our statistic is not representing the population properly. There are many sources of bias. Some of them are:

Here, n is the sample size, Xi is the ith data point and μ is the mean. The square root of variance is the standard deviation.

In a sorted list of numbers (either ascending or descending), median is the middle number separating the higher half from the lower half. We tend to use median instead of mean when we have outliers in the dataset that skews the average as a median is less affected by outliers than the mean.

Quartiles are the values that divide the number of observations in our dataset in to four equal parts. They mark each 25% of the data. Q1 marks 25%, Q2 marks the median or 50%, Q3 marks 75%. The inter quartile range contains the second and third quartile and tells us how far is the middle portion of the data is spread.


All these are perfectly illustrated by a box plot. 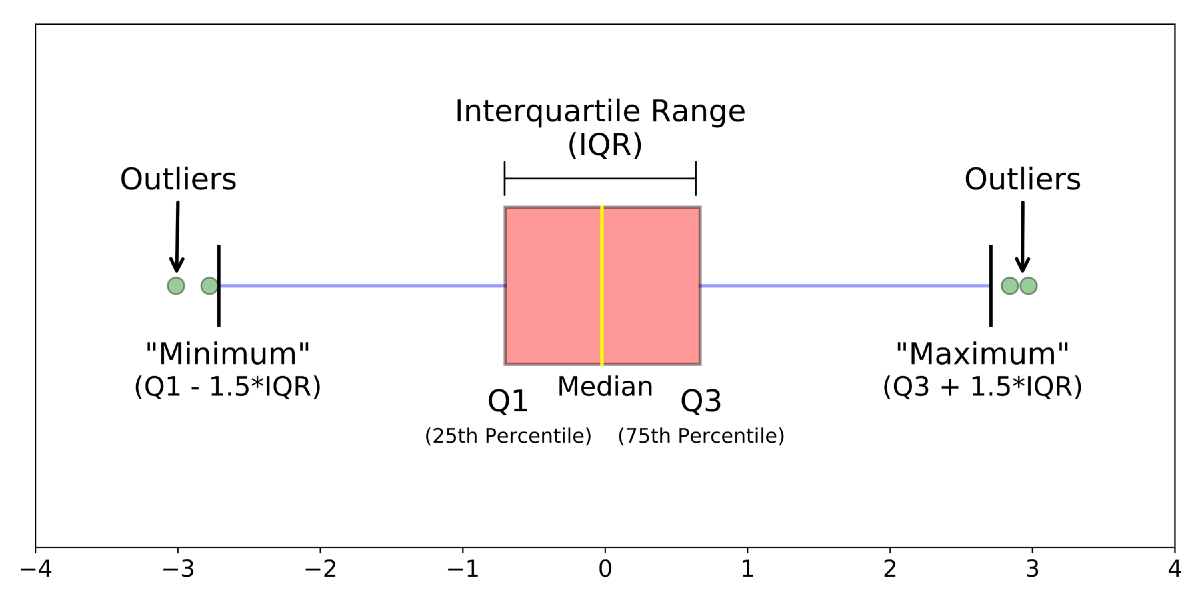 With this article at OpenGenus, you must have the complete idea of Statistical Features in Data Science.

In programming, we use loops to repeat a sequence of instructions until a specified condition is met. In this article, we further extend Kaleidoscope to support for loops.

This article aims to improve our understanding on one of the basic concepts of statistics: confidence intervals.